Alexandre Lacazette struck to help an Arsenal side considerably below their best past a spirited Cardiff.  On an emotional evening as the disappearance of Emiliano Sala remains on the minds of everybody at the Welsh club, Neil Warnock’s side frustrated the hosts for over an hour.  And Sead Kolasinac’s clumsy challenge on Oumar Niasse gave the referee reason 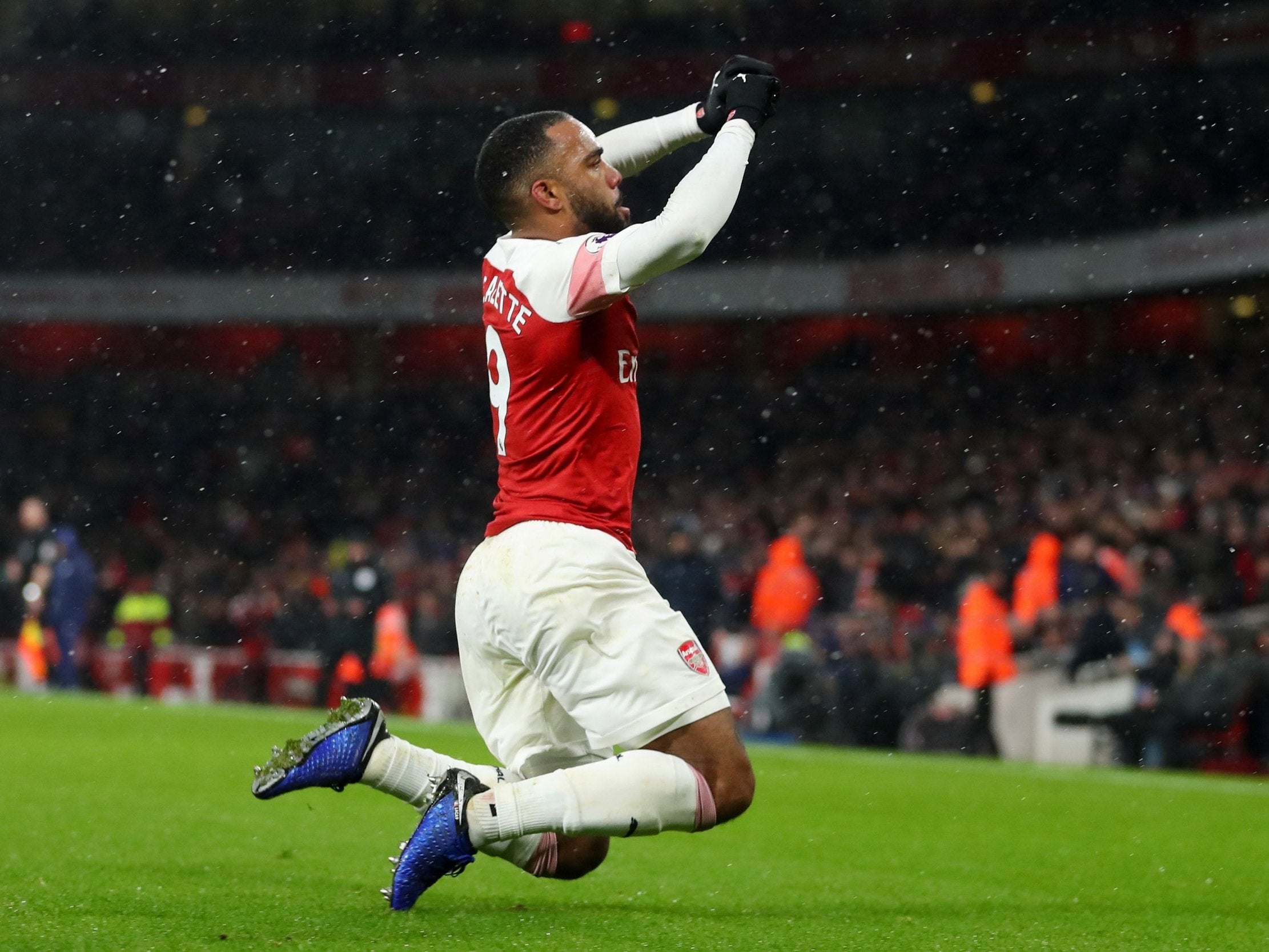 Alexandre Lacazette struck to help an Arsenal side considerably below their best past a spirited Cardiff.

On an emotional evening as the disappearance of Emiliano Sala remains on the minds of everybody at the Welsh club, Neil Warnock’s side frustrated the hosts for over an hour.

And Sead Kolasinac’s clumsy challenge on Oumar Niasse gave the referee reason to pause as Cardiff pleaded for a penalty early on, but the visitors only had themselves to blame in the end as they spurned several glorious chances.

Bobby Reid was guilty on two occasions in the first half and Callum Paterson failed to convert or pick out a team-mate from an inviting position at the back post.

Arsenal were gifted the opener after an hour, with Bruno Manga’s poorly-timed challenge taking out Kolasinac as he burst into the penalty area, which saw Aubameyang after a lengthy wait coolly slot home.

But Lacazette gave Arsenal the breathing room they craved late on, dashing in from the right and driving low past Etheridge.

Nathaniel Mendez-Laing curled home lovely effort to give Cardiff hope late, but Arsenal held on late to move back level with Chelsea in fourth.

Ozil fails to give Gunners spark

Mesut Ozil’s inclusion may have felt like a burden as much as an opportunity for the German, with Arsenal lifeless during his time on the pitch and exposing what he is not, rather than helping to celebrate what he is.

But whilst the German’s craft is undeniable, the lack of movement around him ensured Arsenal nullified one of their own strengths. Lucas Torreira’s instinct alone to follow his passes was the only penetration the hosts could muster in a frustrating first half.

Ozil was unable to impact the game in the second half either, cutting a forlorned look and even some relief when his number was eventually called 10 minutes before the end. A game and team not suited to his qualities right now, Ozil continues to be a headache for Emery.

After some sloppy defending from Arsenal where the ball, operating as if fired into a pinball machine, looped up into the path of Bobby Reid after just 10 minutes, but the Cardiff striker lashed wide of the post

Reid, after industrious work from Oumar Niasse, headed over after wandering into space at the near post. Whilst a calmer head may have seen Callum Paterson put the visitors ahead or supply the right pass after being picked out completely unmarked at the far post.

Paterson’s eyes lit up after the restart when he drove towards goal unchallenge, but again his effort was careless. Niasse’s effort from close range was superbly blocked by Shkodran Mustafi to further infuriate Neil Warnock on the touchline.

And when Bruno Manga’s clumsiness allowed Arsenal to survive their sluggish performance to break the deadlock, it further emphasised the visitors profligacy, which may ultimately be their undoing as they battle to beat the drop.

Incredibly Arsenal’s aspirations of clambering back into the top four remain alive.

Yes, there is considerable work to do under Unai Emery, and the project remains a little murky, given the lack of financial backing so far under the Spaniard.

But a scrappy win pulls the Gunners level with Chelsea in fourth and due to the inconsistency around them, a wonderful chance to earn a surprise top four finish.

After a frustrating hour at the Emirates, the hosts continued to scramble for some inspiration as Cardiff continued to pick them off and waste countless opportunities.

Neil Warnock will be raging at the manner in which Cardiff surrendered the lead, as Bruno Manga foolishly stuck a boot out, which sent Sead Kolasinac sprawling, giftwrapping Pierre-Emerick Aubameyang the opener from the spot.

The struggle to conjure an opening agaist struggling Cardiff will not have gone unnoticed by Unai Emery though, who will hope Denis Suarez, set to arrive on loan from Barcelona, can provide more versatility in the build-up.

With the search for missing Cardiff striker ongoing, a somber atmosphere coated the Emirates, with the Argentine’s name poignantly included on the team sheet on the official programme.

With a squad number omitted, a daffodil preceded the name of the Blue Birds’ record signing. Whilst the visitors’ mascot donned Sala’s name on the back of his shirt.

Laurent Koscielny used his programme notes to emphasise his satisfaction with the search continuing, whilst Sala’s family, who did not attent the game, requested no black armbands to be worn by the players with hope remaining.

Keep up to date with all the latest transfer news, rumours and done deals throughout the January window​