There was a certain irony to the fact that Arsenal’s one piece of productive play in their 3-1 defeat to Manchester City came from some vintage football from their defenders. Nacho Monreal flicked the ball on from a corner, for Laurent Koscielny to head in. How many times did we see that from Tony Adams 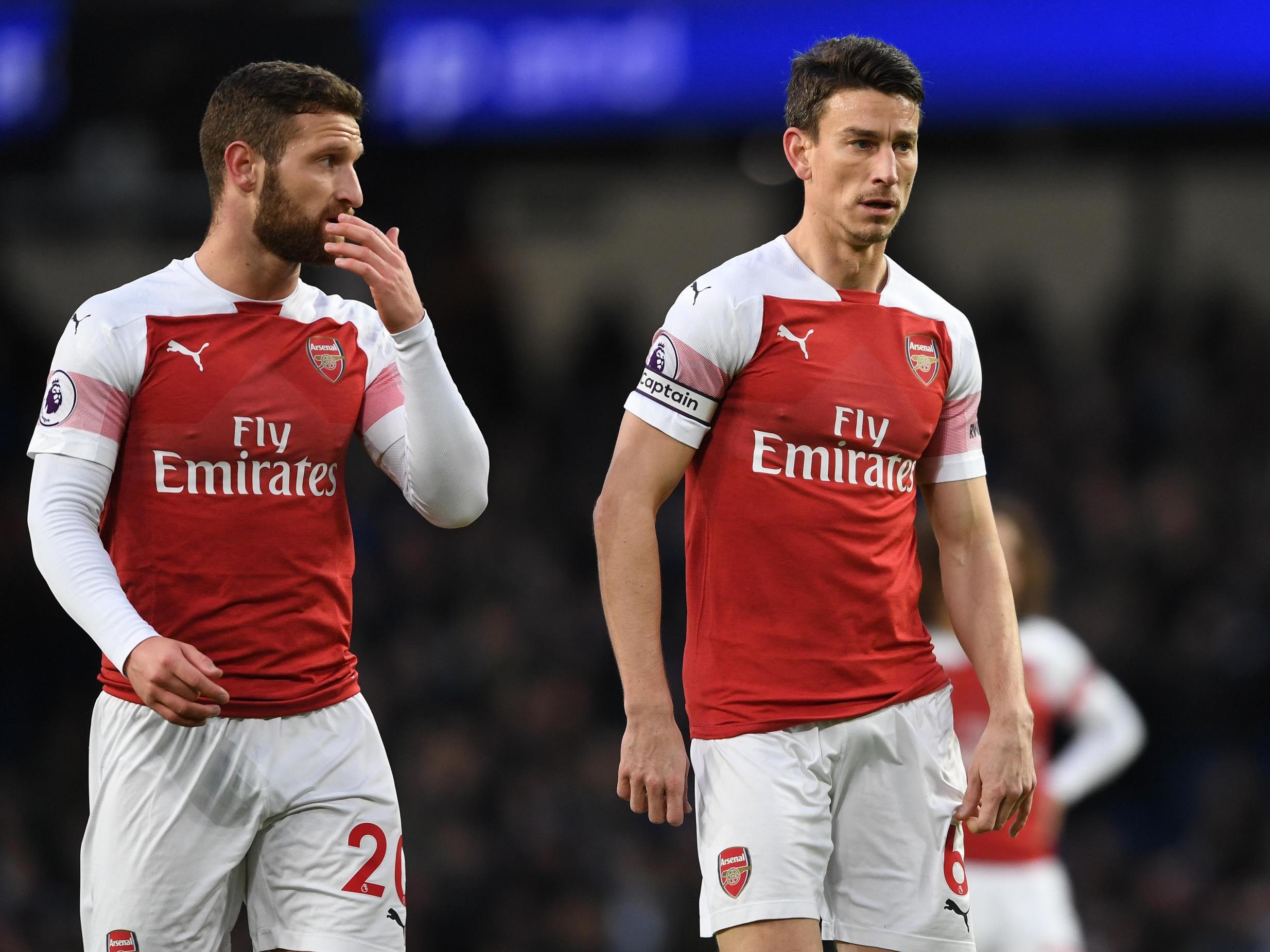 There was a certain irony to the fact that Arsenal’s one piece of productive play in their 3-1 defeat to Manchester City came from some vintage football from their defenders. Nacho Monreal flicked the ball on from a corner, for Laurent Koscielny to head in. How many times did we see that from Tony Adams and Steve Bould over the course of their careers? That was of course precisely why television cameras cut to the latter, the Arsenal assistant manager, at that moment.

Bould actually looked fairly unmoved by it all, but his facial expressions for what followed would have been much more interesting.

Because that really was as good as it got, by a long way. There wasn’t much vintage play from Arsenal defenders from then on in.

There was the usual chaos, and lack of organisation, that was inevitably picked off and punished by Raheem Sterling and Sergio Aguero.

This also brutally demonstrated how, even more so than the controversy over Mesut Ozil, such disorder remains Arsenal’s biggest current problem.

That’s all the more pointed because it’s been such a problem for so long. Arsenal are still just not dependable at the back, in any way.

What is really most galling is that this is one of the few things that has persisted from Arsene Wenger’s last years, and has maybe got worse.

Arsenal currently have the seventh worst defensive record in the Premier League, with Newcastle United one of the sides better than them in that regard, which is why it just never really felt likely that Unai Emery’s side would put up the kind of resilience that forced a victory against City for Rafa Benitez in midweek.

It’s all the more notable, though, because this was precisely the sort of thing that Emery was supposed to address. Arsenal players used to complain about the lack of organisation and basic defensive structure with Wenger, but these are qualities that the Spanish manager has pretty much made his name on.

What is frustrating is you can see a semblance of some of this, particularly in midfield. There is much more directed running from players like Matteo Guendouzi, Lucas Torreira and even Granit Xhaka. It’s just it often comes to nought, explaining the need for a link man like Denis Suarez, or is undercut by underperformances in behind.

Maybe some of this does come down to basic quality.

Koscielny has always had talent as a defender, but there have similarly always been questions about the application, about the focus. When he made a horror error in a big game last season, a prominent member of the Arsenal coaching staff just rolled his eyes and asked what would you expect.

Then there’s Shkodran Mustafi. The only guarantee he seems to offer is that he will be outdone in a game, or exposed. That makes it all the more remarkable that Emery apparently sees him as one of the more reliable Arsenal defenders.

That maybe says it all, and why this team are where they are – and perform like they do.