British and French border force boats stop ’60 illegal migrants’ in Channel dash to reach UK in early hours of this morning At least 60 suspected migrants were brought ashore by Border Patrol officials  Incident involved three small vessels intercepted by French and British boats Around 1,700 migrants are thought to have made the Channel

By Rod Ardehali For Mailonline

British and French border patrol boats intercepted the tiny vessels which attempted the near 21-mile crossing despite treacherous weather conditions.

The incident brings the total number of migrants to have made it to British shores this year to around 1,700 – with 79 migrants making the crossing in a single day alone just two weeks ago. 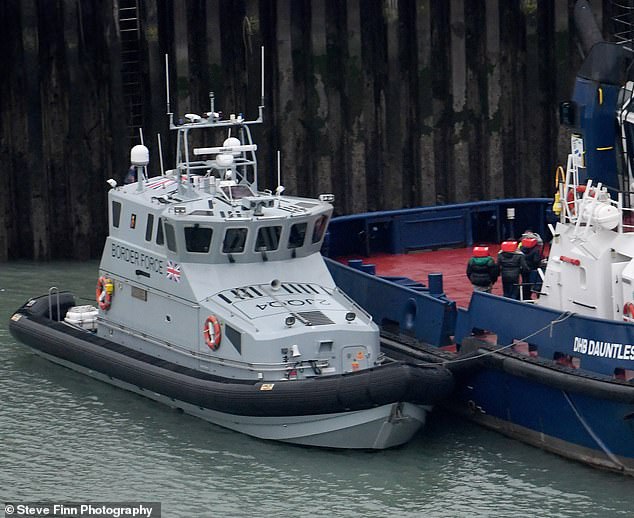 The suspected migrants are thought to have attempted the Channel crossing in treacherous weather conditions before they were intercepted by British and French patrol boats off the Kent coast. The British patrol boat is pictured above 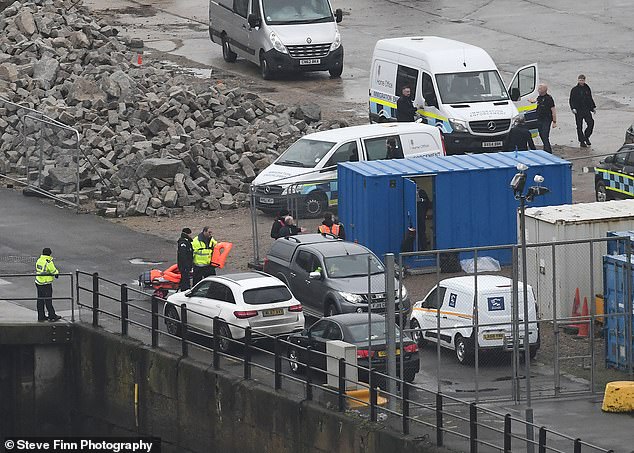 At least 60 migrants are understood to have made the Channel crossing today despite poor weather condition.  The incident brings the total number of migrants to have made it to British shores this year to around 1,700

The Home Office told MailOnline that it is aware of ongoing ‘small boat’ incidents near the coast of Kent.

A spokesperson said: ‘Border Force is currently dealing with ongoing small boat incidents off the Kent coast. Further details will be provided once the situation has been resolved.’

It has previously warned that trying to make the trip across the English Channel from mainland Europe in a small boat is ‘incredibly dangerous’.

Border Force boats, a coastguard aircraft and RNLI lifeboats were dispatched to the Dover Strait on December 4, as a number of small boats were seen floundering in the water.

Those inside had told officials they are from Iraq, Afghanistan, Iran and Syria. 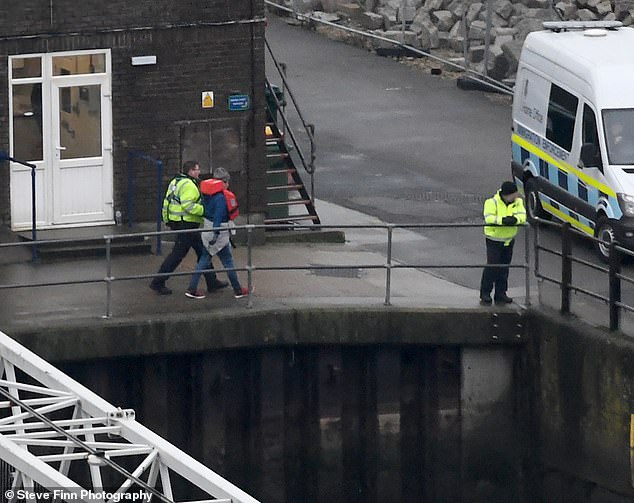 In November, at least 129 migrants made it into the UK by making the life-risking trip across the Dover Strait, one of the world’s busiest shipping lanes.

Border Force officials intercepted four boats in one day carrying 39 Iranian migrants who were attempting to make it to the UK.

The migrant crisis erupted last year, with hundreds arriving in November and December 2018. 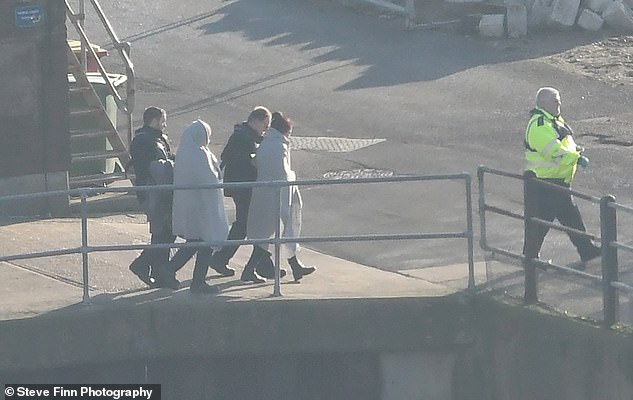 December 4: Migrants are given blankets as they arrive ashore in Dover earlier this month 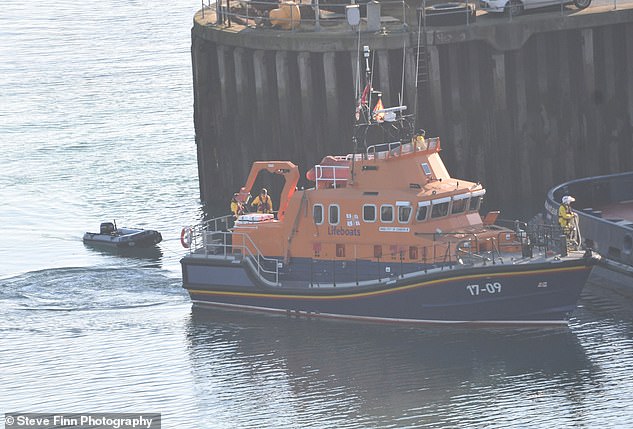 December 4: An RNLI lifeboat seen towing a small dinghy into Dover docks earlier in the month 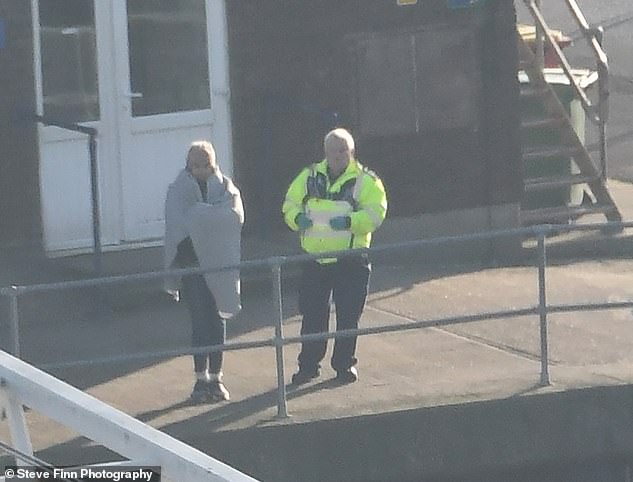 December 4: Migrant wrapped in a blanket after arriving ashore in Dover earlier this month

The above video, from December 4, shows Border Patrol officials shifting a dinghy ashore.

It prompted then-Home Secretary Sajid Javid to declare a ‘major incident’, calling in extra Border Force cutters and the Government spending millions of pounds to tackle the issue.

But the problem has worsened throughout 2019, and in August, Boris Johnson warned that the UK will send back migrants who sail across the Channel illegally.

The prime minister said: ‘The UK should not be regarded as a place where you could automatically come and break the law by seeking to arrive illegally.’

In October, Home Secretary Priti Patel revealed she had agreed an ‘action plan’ with France.

She said patrols across the French coast had been doubled to stop people smugglers, and the Home Office had already funded drones to scour France’s beaches – but the crossings have continued.

December 4: Five boats stopped in the Channel as 79 migrants crossed

Border Force boats, a coastguard aircraft and RNLI lifeboats were dispatched to the Dover Strait on December 4, as a number of small boats were seen floundering in the water.