British Grand Prix: How to watch F1 online and on TV today The Independent employs reporters around the world to bring you truly independent journalism. To support us, please consider a contribution. Download the new Independent Premium app Sharing the full story, not just the headlines Download now Silverstone hosts the British Grand Prix in the second double-header of the Formula One season, with Lewis Hamilton starting on 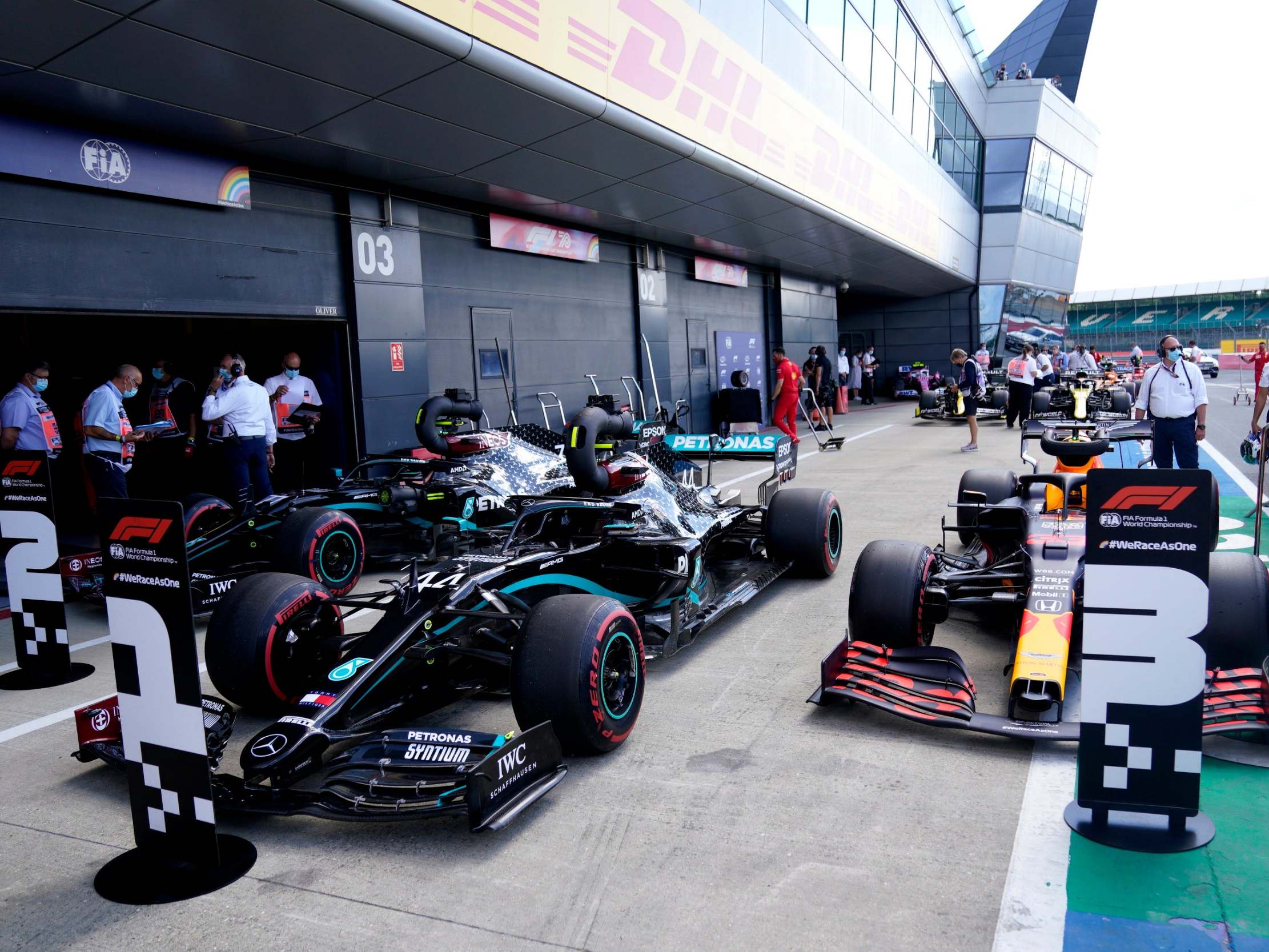 Silverstone hosts the British Grand Prix in the second double-header of the Formula One season, with Lewis Hamilton starting on pole position after a blistering display in qualifying.

Hamilton did not have it all his own way as the home favourite spun in Q2, resulting in him having to use an extra set of tires to get through to Q3.

But after securing his passage through to the final session of qualifying, Hamilton delivered a new track lap record to seal pole position ahead of Mercedes teammate Valtteri Bottas, with the Mercedes pair a second a lap quicker than the next fastest car in Max Verstappen.

Hamilton takes a slender five-point lead into the four race of the 2020 season, but victory today would help to put breathing space between himself and Bottas in what appears to be a two-horse race in this year’s championship.

Here’s everything you need to know about the British Grand Prix.

What time does each session start?

How can I watch it?

All European races will be held behind closed doors, meaning that the only way fans will be able to see the action is on television.

In the UK, Sky Sports continue to hold the exclusive rights for F1, but Channel 4 is able to show every session from the British Grand Prix live this weekend.

If you’re not a Sky customer you can purchase a NOWTV Day Pass here to watch without a subscription.

Here’s how Sky and Channel 4 plan to show the British Grand Prix:

We may earn commission from some of the links in this article, but we never allow this to influence our content.

With Sergio Perez ruled out of action, Racing Point will have to make a decision on who to replace the Mexican with as they intend on racing two cars this weekend. Esteban Gutierrez is one option, with the Mercedes reserve driver the allocated back-up for Racing Point this weekend as Stoffel Vandoorne is unavailable. But Gutierrez has not raced an F1 car since leaving Alfa Romeo (formerly Sauber) at the end of 2014.

A more recent and likely option is Nico Hulkenberg, with the German missing out on a seat in 2020 after being replaced at Renault by Esteban Ocon. Hulkenberg drove for the Racing Point team in their former guise as Force India in 2012 and from 2014 to 2016.