Liverpool are deserved champions, and with a little bit of poetic justice. The title was ultimately sealed with a slip at the halfway line and a Willian goal in a tense game involving Chelsea. These were exactly the elements that took it away from Liverpool and gifted it to Manchester City in that most fateful 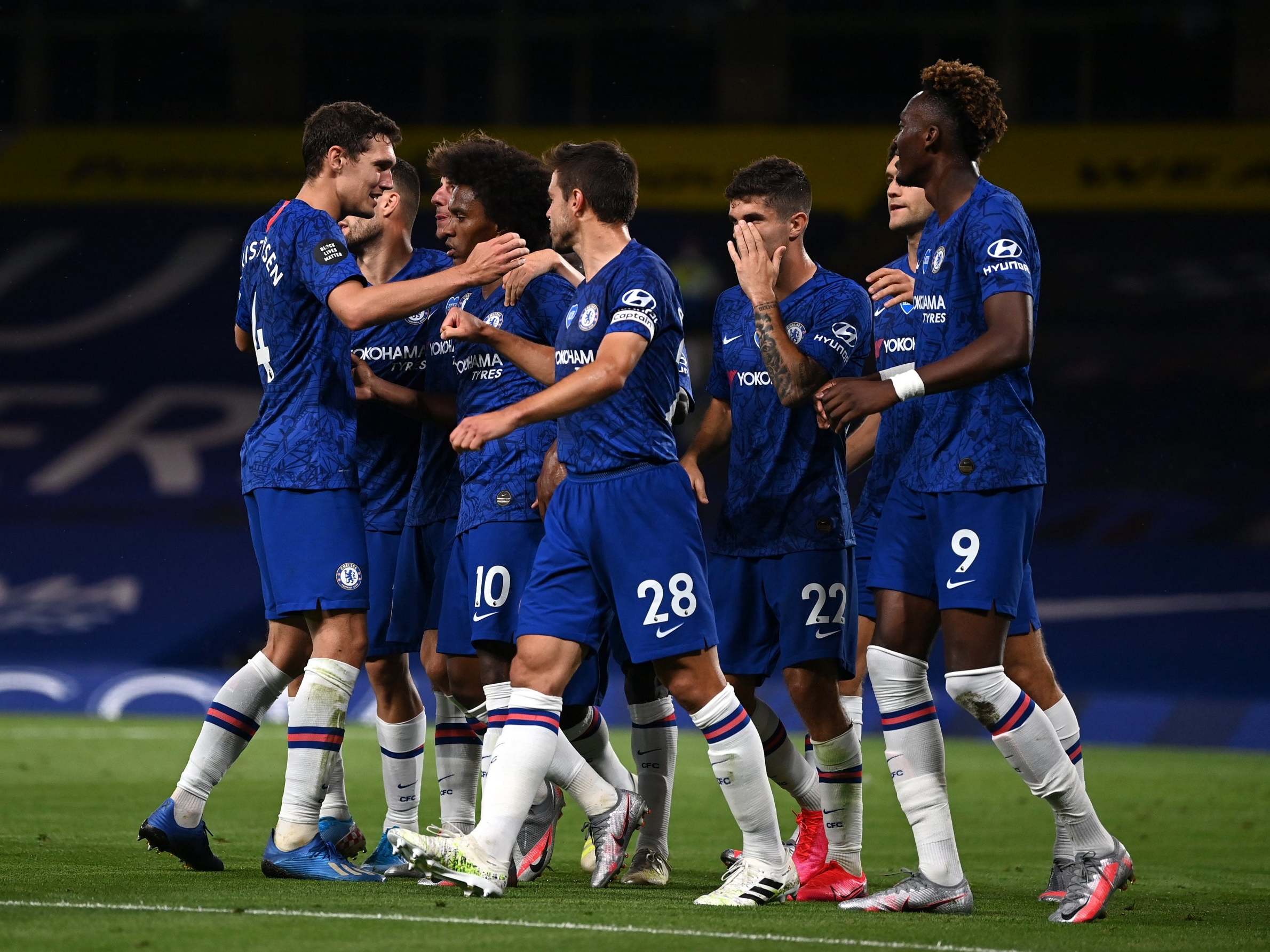 Liverpool are deserved champions, and with a little bit of poetic justice. The title was ultimately sealed with a slip at the halfway line and a Willian goal in a tense game involving Chelsea. These were exactly the elements that took it away from Liverpool and gifted it to Manchester City in that most fateful – and painful – of games back in 2014.

It only fittingly reflects how everything has come around for Liverpool, how complete it’s been. The story of this stunning season just had one last little narrative twist in this 2-1 win. They are the earliest ever champions in terms of games played, in large part thanks to City’s more supine defence.

As if to sum that up, the fateful moment saw the deposed champions literally hand it over, as Fernandinho was sent off for blatantly palming the ball on the line.

That this was the decisive goal is really just a minor detail, mind. Neither Chelsea or City gifted Liverpool the league. They just confirmed its timing. The major reasons it was won were Jurgen Klopp’s genius, and one of the most impressive teams ever put together. It wasn’t about these moments but 30 years, a lot of work and two seasons of some of the most fantastic football you’ll ever see.

At least one of those seasons involved the hyper-motivation of keeping pace with City, and that’s one thing these moments – and this game – did show: how the former champions have dropped off; how they need to respond.

Pep Guardiola will meanwhile have to respond to questions about a rare failure. This was just the third season of his career he failed to win a league, making it just two in four in his time at City. That will maybe lead to larger debates.

Chelsea meanwhile have larger goals than this game. This victory only emphasised their progress, but also the level they have to reach.

This was the frustration for City again. There were long spells when they were so good, especially before each goal they conceded.

But that’s been the story of their title defence. So good over most of the pitch and most of the games, but not as sharp at one end and much more of a glass jaw at the other.

This was why they lost the league, and that doesn’t just reference this game.

City were just caught so easily, and so innocuously given the intensity of their play further forward.

A Kevin De Bruyne free-kick was headed clear, Mendy and Ilkay Gundogan left it to each other, and Pulisic pulsed through.

Mendy’s despairing dive only added to the drama of the moment, as did the roll of Pulisic’s precise finish, which initially looked like it was going just wide.

It wasn’t. The American had judged it perfectly.

It still wasn’t quite going perfectly for Liverpool.

City responded well. De Bruyne offered utter perfection of his own. He lifted the level again, by brilliantly lifting the ball over the wall for the most magnificent of free-kick finishes. It was unstoppable, and the most incredible trajectory as the ball looped right over the wall and then dropped right in the top corner.

Raheem Sterling almost finished what would have been as good a goal moments later, hitting the post from a one-on-one after a Riyad Mahrez ball. Kepa Arrizabalaga might have done a bit better with it, and that’s another recruitment issue for Lampard to ponder.

His future isn’t yet certain, and he showed why in the space of three minutes in the first half, that pretty much summed up his entire Chelsea career so far.

Kepa first of all played the most ludicrous of chips when trying to play the ball out with his feet, giving it straight back to City to set up Bernardo Silva. The goalkeeper and Liverpool were fortunate the playmaker couldn’t quite bring it under control.

Just three minutes later, Kepa was being thanked, as he acrobatically touched a Fernandinho header over the bar.

This, for City’s part, was a wider point. They weren’t giving up their title without a fight. It was a good game. Not quite the 2-2 of Chelsea-Tottenham Hotspur but intense, and often crackling.

Maybe a bit too crackling. City maybe had too much fight. They just had that slight sense of overplaying everything, over-exerting, that saw them caught out again – and again.

Warning had already come when Pulisic broke through again to force a defiant block from Kyle Walker.

Moments later, Fernandinho could do little other than handle the ball, and hand the title to Liverpool.

This, of course, wasn’t where the league was won. Liverpool have been far too good, streaking ahead far too early, to say that.

It did show why City so lost their level, and have now lost the league.