An oil company run by a major Tory donor who met with Boris Johnson has had a billion pound deal underwritten by the British taxpayer despite it being investigated by the Serious Fraud Office, The Independent can reveal. Ayman Asfari, the chief executive of Petrofac, has given hundreds of thousands of pounds to the Conservatives 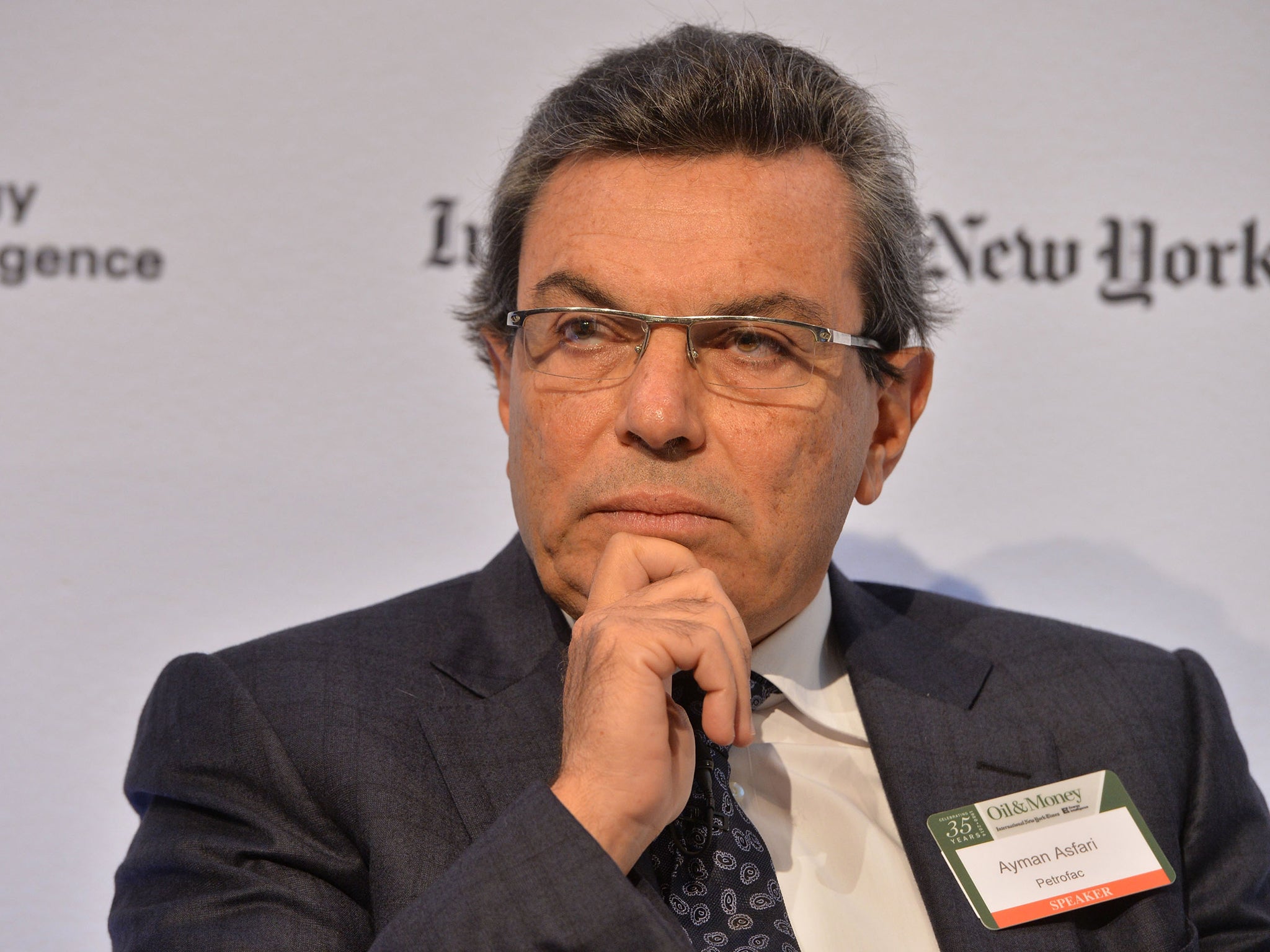 An oil company run by a major Tory donor who met with Boris Johnson has had a billion pound deal underwritten by the British taxpayer despite it being investigated by the Serious Fraud Office, The Independent can reveal.

Ayman Asfari, the chief executive of Petrofac, has given hundreds of thousands of pounds to the Conservatives over the past decade and held private meetings with the prime minister and other senior Tories to discuss the war in Syria.

Documents obtained by The Independent show that Mr Asfari met with Mr Johnson in August 2016, just a month after he began his controversial period as foreign secretary.

Details of the meetings emerged as Mr Johnson was facing separate questions over access and grants provided to his friend, businesswoman Jennifer Arcuri, during his time as London mayor.

Other senior managers have been accused of participating in schemes to pay bribes in attempts to secure contracts in ongoing investigations.

But despite the company being embroiled in scandal, it has secured a £733.5m loan guarantee from the UK government.

UK Export Finance (UKEF), a government body housed in the Department for International Trade, is responsible for underwriting the loan which helped secure a £1.6bn contract to develop the Duqm refinery project in Oman.

According to Electoral Commission figures, Mr Asfari and his wife have donated £860,450 in cash to the party since 2009.

Freedom of information requests show that in summer 2016 Mr Asfari held meetings with Philip Hammond, the former foreign secretary, and Neil Crompton, the director of the Middle East and North Africa Department at the Foreign Office, as well as Mr Johnson, to discuss the military conflict in Syria.

But the reach of the SFO investigation and charges brought against Petrofac employees did not deter UKEF from supporting the company.

The first due diligence UKEF conducted on the project came several months after the SFO’s original announcement of the investigation into Petrofac.

During the same time period, UKEF officials met with Petrofac counterparts on six occasions to discuss the project with the last meeting being held in April 2019 before UKEF announced its support for the project.

Barry Gardiner, shadow secretary of state for international trade, raised concerns about UKEF supporting the deal. “Senior global leaders, including Ban Ki-Moon and Graca Machel of [NGO] The Elders, have called out our Tory government’s hypocrisy for underwriting or supporting massive fossil fuel projects overseas whilst pretending to be tackling climate change at home,” he said.

“That this particular project happens to be in support of a company that is being investigated for corruption in its overseas dealings and is headed by a major donor to the Tories shows again that it’s one rule for them and another for everybody else.”

Export credit agencies such as UKEF consent to work within specific standards that are agreed upon by wealthy nations at the Organisation for Economic Cooperation and Development (OECD). Companies wishing to obtain support must declare any ongoing court cases on applications thereby triggering enhanced checks.

The project is a joint venture between Oman’s state owned oil company (OOC) and Kuwait Petroleum International. When operational it is expected to produce 230,000 barrels of crude oil per day.

As per the structure of the transaction, the project promoter in Oman takes out loans from a consortium of banks to finance the purchase of capital goods from Petrofac and other suppliers. A portion of the loan is then subsequently guaranteed by UKEF meaning that if the promoter were unable to meet the repayments to Petrofac then the UK taxpayer would step in.

A UKEF spokesperson said the organisation “rigorously” follows OECD standards on anti-bribery and corruption. “UKEF’s role is to ensure no viable UK export fails for lack of finance or insurance from the private sector, supporting the UK economy and jobs. We take all reasonable precautions to avoid supporting transactions that may be tainted by corruption.”

A spokesperson for Petrofac said: “Mr Asfari’s meetings with two government ministers in 2016 were in a personal capacity to discuss the deteriorating humanitarian situation in Syria and his family foundation’s response to those impacted. These meetings are a matter of public record. They were entirely unrelated to UKEF’s decision to grant a loan guarantee as part of multibillion dollar, multi-source project financing for a project in the Middle East for which Petrofac is one of many international companies providing services.”

A Conservative Party spokesperson said: “This loan guarantee is a matter for UK Export Finance. All donations to the Conservative party are properly and transparently declared to the Electoral Commission, published by them, and comply fully with the law.”