“Increasingly vague” police powers to enforce the coronavirus lockdown must be narrowed as fines are handed out disproportionately by race and region, the government has been told. A letter sent to the health secretary by a group of human rights organisations called for immediate changes to the Health Protection Regulations to ensure measures “do not 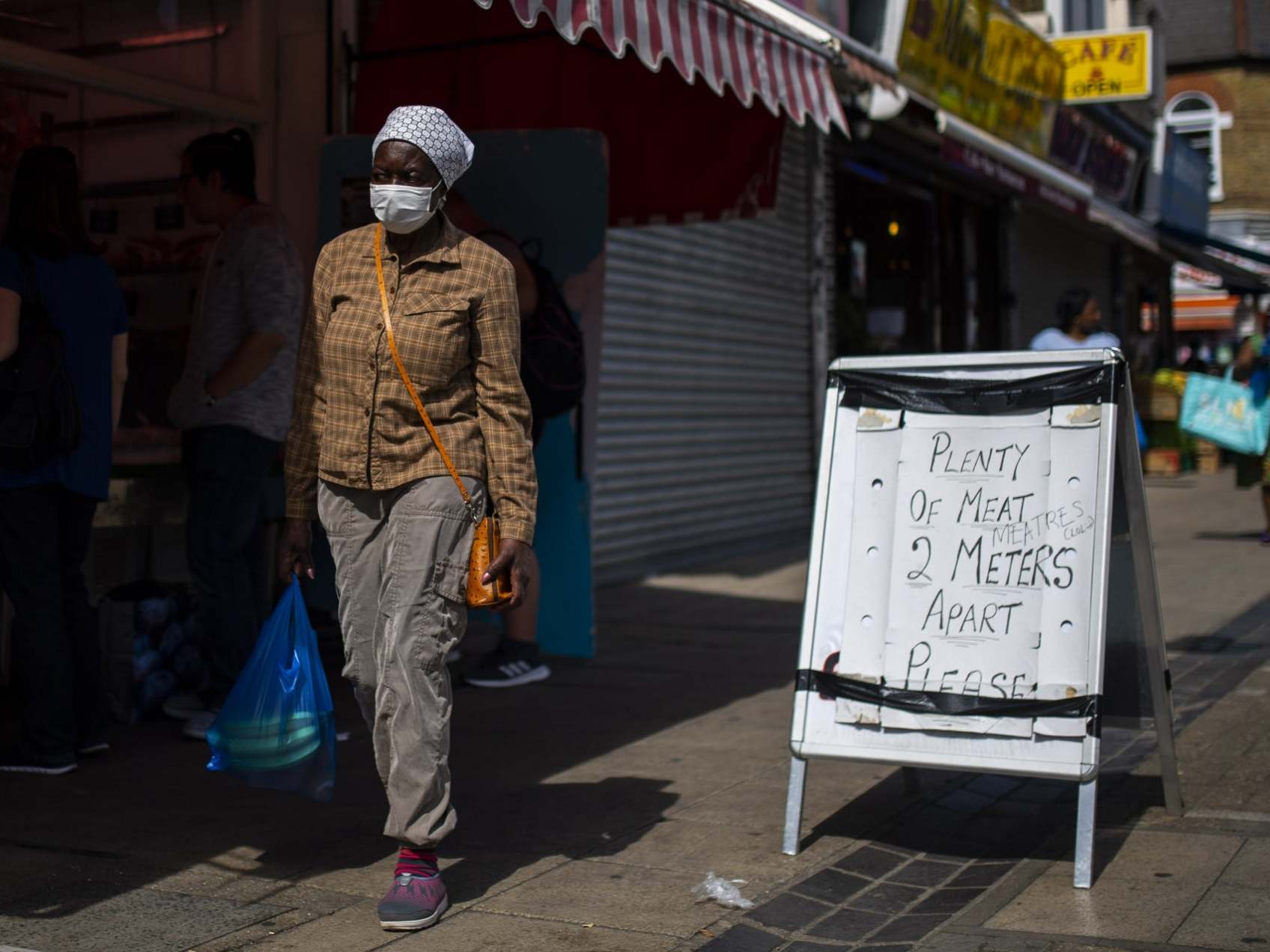 “Increasingly vague” police powers to enforce the coronavirus lockdown must be narrowed as fines are handed out disproportionately by race and region, the government has been told.

A letter sent to the health secretary by a group of human rights organisations called for immediate changes to the Health Protection Regulations to ensure measures “do not discriminate against communities of colour”.

The document raised concern over the fact that as laws were relaxed in England, the fines for breaking them increased from £60 to £100.

“As the government has started to ease restrictions – and the rules made so broad as to be effectively unenforceable – the police’s enforcement powers have been ramped up,” said the letter, seen exclusively by The Independent.

“The combination of increasingly vague police powers and heightened fines may pose an even more pernicious combination for people of colour and public health.”

Provisional statistics from the National Police Chiefs’ Council (NPCC) suggest that the 17,000 fines handed out so far in England and Wales have been racially disproportionate.

Between 27 March and 25 May, 78 per cent of the penalties issued were given to white people, 13 per cent to Asian people, 5 per cent to black people and 2 per cent people to those of mixed race.

But the population of England and Wales is 86 per cent white, 7.5 per cent Asian, 3.3 per cent black and 2 per cent mixed race.

The NPCC figures excluded the quarter of fines where ethnicity was not stated, and the Liberty human rights group said its own analysis suggested the real disproportionality could be far worse.

There have also been warnings of a “postcode lottery”, as some police forces hand out fines at much higher rates than others when compared by the area’s population.

The difference varies by up to a multiple of 26 in England, and 10 in Wales according to calculations by The Independent, and there are significant differences even for neighbouring regions.

London’s Metropolitan Police has handed out the highest number of fines – 1,035 – and Warwickshire Police the lowest, on just 40.

But when compared to the population in each force area, Dyfed-Powys has the highest rate followed by North Yorkshire, Dorset, Cumbria and Surrey.

Liberty, which was a lead signatory on the letter to Mr Hancock, said the combination of broad police powers and vague government guidance was “bound to create a recipe for arbitrary policing and injustice”.

Policy and campaigns officer Rosalind Comyn added: “It’s only now becoming clear how uneven that enforcement has been.

“The government may think it’s one rule for them and another for the rest of us, but this reflects the unjust reality that entire communities are subject to different levels of police hostility every day.

“The government needs to pare back the powers and create a right to appeal, review every fine issued under these powers and start listening to people most affected by overbearing policing.”

Katrina Ffrench, chief executive of the StopWatch campaign group, said: “Unfortunately rather than adopt a public health approach to the issue, police forces across the country have displayed troubling over-zealousness in targeting BAME communities in an unjust and unsafe manner.

“We urge MPs to ensure that policing remains by consent and that officers are held accountable for discriminatory conduct.”

The Health Protection Regulations currently make it illegal to gather in public in groups of more than two, unless people are from the same household, working or have other exemptions.

The law also bans leaving home or being outside “without reasonable excuse”.

Differences between the regulations and government guidance, which is not legally enforceable, caused a series of wrongful fines and convictions at the start of lockdown.

Parliament’s human rights committee warned that police were punishing people “without any legal basis” and another group of MPs told officers to stop overstepping their powers.

The Health Protection Regulations are being amended on Monday to take account of changes announced by Boris Johnson, including permission for people to meet in private gardens in groups of up to six in England.

But the letter called for the changes to go further by narrowing powers to mean people can only commit a criminal offence by “knowingly causing another person immediate harm”.

It demanded a review of all fines issued and the creation of a right to appeal the penalties.

Currently, there is no way of contesting a coronavirus fine other than refusing to pay and risking prosecution in court.

Both the government and NPCC refused to review fines issued so far after the Dominic Cummings scandal.

Police said the Downing Street adviser would not be retrospectively penalised for breaking the Health Protection Regulations with a trip to Barnard Castle, after he drove his family to County Durham from London while his wife had coronavirus symptoms.

The letter said the impact of police powers to enforce the UK’s lockdown had “not been evenly felt”, and the differences were undermining trust in authorities.

“During the biggest public health crisis in a generation, communities of colour are both over-policed and under-protected,” it said.

“In the interests of public health, fairness and equality, as we enter the next phase of lockdown, we urge you to address race disparities in the use of coronavirus powers.”

The letter also called for the police to release more data on fines and for the government to publish an equality impact assessment for future measures.

As well as Liberty and StopWatch, it was signed by more than a dozen other human rights, charity and community groups including Big Brother Watch, Inquest and Justice.

The NPCC said it was further analysing ethnicity data from coronavirus fines to “publish the most accurate picture”.

“Without this analysis, we are not confident that meaningful conclusions can be drawn on ethnic proportionality,” a spokesperson added.

“Throughout this pandemic, officers have only enforced as a last resort and have taken a common sense approach, applying their discretion and judgement when engaging with the public.”

A government spokesperson said: “It is right to give police the powers they need to protect the public and keep people safe during the coronavirus pandemic.

“The vast majority of people have respected the social distancing measures, with the police only enforcing the rules in a very small proportion of cases.

“We are clear that no one should be subject to police enforcement on the basis of race alone and we will work closely with the police to assess whether there is any disproportionality.”