The UK has endured a “sombre day” in its battle against coronavirus as the death toll soared beyond 10,000 amid warnings the UK could be the worst-hit country in Europe. Matt Hancock, the health secretary, confirmed that some 737 people had died in hospital from the virus, taking the tally of UK deaths from Covid-19 to 10,612 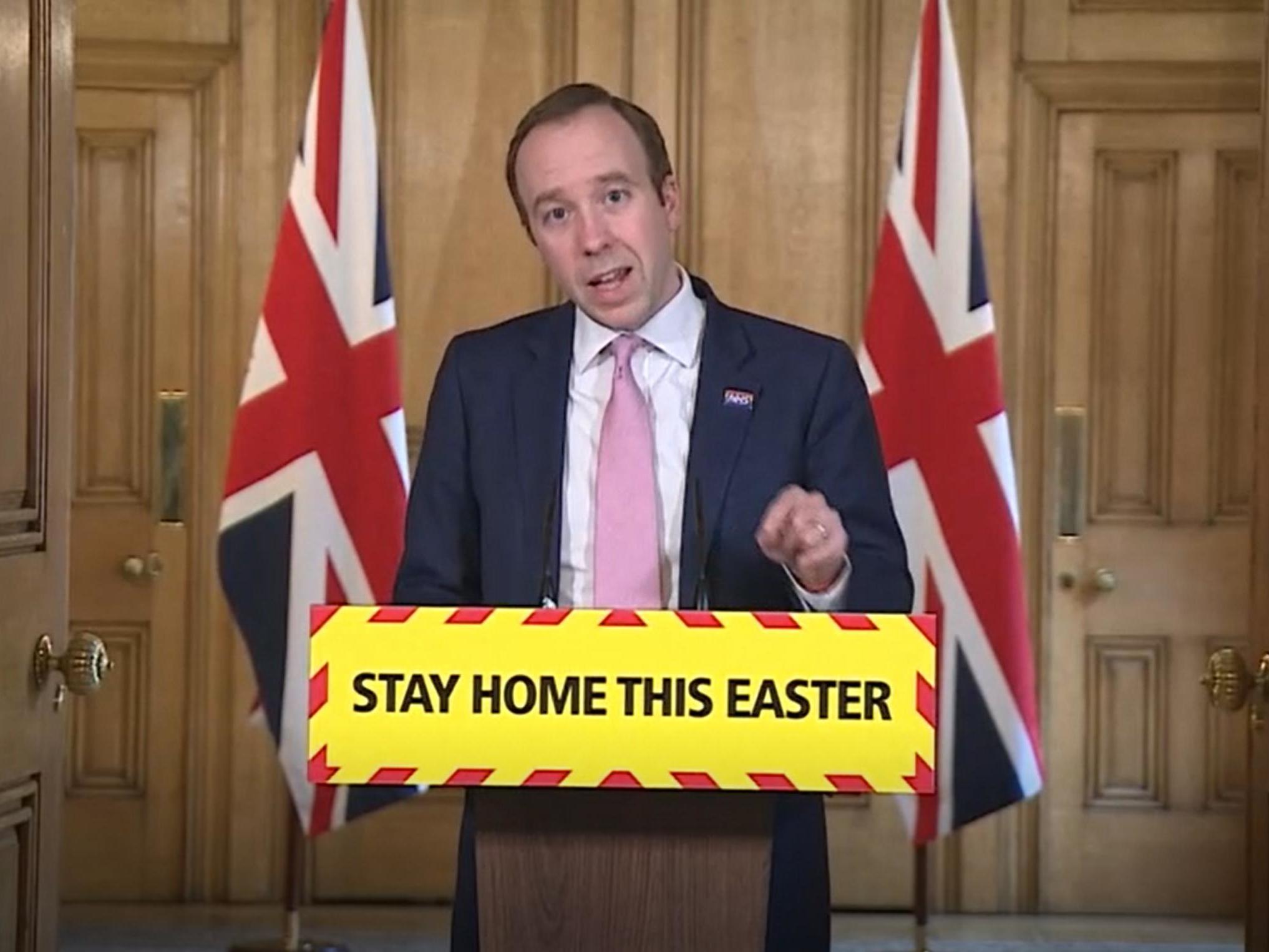 The UK has endured a “sombre day” in its battle against coronavirus as the death toll soared beyond 10,000 amid warnings the UK could be the worst-hit country in Europe.

Matt Hancock, the health secretary, confirmed that some 737 people had died in hospital from the virus, taking the tally of UK deaths from Covid-19 to 10,612 on Sunday.

The news came as one of the government’s most senior scientific advisers warned that the UK was “likely to be one of the worst, if not the worst, affected countries in Europe” by the outbreak.

Meanwhile, Boris Johnson said the NHS “saved my life, no question” in an emotional tribute to frontline staff as he was discharged from hospital after a seven-day stay.

On Sunday, the UK became the fifth country to surpass 10,000 deaths from coronavirus, after France, Spain, the United States and Italy.

Mr Hancock told the daily Downing Street briefing: “Today marks a sombre day in the impact of this disease as we join the list of countries who have seen more than 10,000 deaths related to coronavirus.

“The fact that over 10,000 people have now lost their lives to this invisible killer demonstrates just how serious this coronavirus is and why the national effort that everyone is engaged in is so important.”

Earlier, Sir Jeremy Farrar, director of the Wellcome Trust, warned the UK could end up with the worst coronavirus death rate in Europe.

“Numbers in the UK have continued to go up,” he told the BBC’s Andrew Marr Show. “​And yes, the UK is likely to be certainly one of the worst, if not the worst affected country in Europe.”

Pressed on the prediction, Mr Hancock said the “future of this virus is unknowable” and that there had been “a flattening of the curve” as the majority of the public were observing social distancing measures.

The health secretary also confirmed work was under way on a contact tracing app by NHSX, the government’s innovation unit, which will alert users when they have been in contact with a person with coronavirus symptoms.

Mr Hancock also came under pressure to apologise to frontline staff amid a growing row over lack of adequate PPE for health workers.

The Royal College of Nursing issued new guidance to its members urging them to refuse to treat patients as a “last resort” if appropriate PPE was not available.

Asked whether he would apologise to medics “who are being put in that impossible position”, Mr Hancock did not answer directly, instead saying: “We are working night and day to make sure that we get the right PPE.

“The thing I want to do is pay tribute to the unbelievable of a huge number of people to get to the position where we are in now, which is improving, but we won’t rest until we get there.”

Mr Hancock said it was “impossible” to commit to a date for all frontline staff to have the protective equipment they need, despite insisting “record” amounts of kit were in the system.

Elsewhere, the prime minister paid an emotional tribute to the NHS staff who saved his life as he battled coronavirus at St Thomas’ Hospital, in London.

Mr Johnson singled out Jenny, a nurse from New Zealand, and Luis, from Portugal, for particular praise, who were at his bedside during his three days in intensive care.

The prime minister said it was “hard to find the words to express my debt” to the medics who saved him, adding: “The reason my body started to get enough oxygen was because for every second of the night they were watching and they were thinking and they were caring and making the interventions I needed.

“So that is how I also know that across this country, 24 hours a day, for every second of every hour, there are hundreds of thousands of NHS staff who are acting with the same care and thought and precision as Jenny and Luis.”

Mr Johnson will not return to work immediately following advice from his doctors, instead moving to Chequers, where he will convalesce.