Emmanuel Macron had led a wave of political heavyweights, leaders and celebrities from across the world in wishing Boris Johnson a speedy recovery after he was moved in to intensive care battling coronavirus. Hundreds of messages of support were posted by Mr Johnson’s Conservative colleagues, opposition MPs and world leaders. French president Emmanuel Macron said: ‘All my

Emmanuel Macron had led a wave of political heavyweights, leaders and celebrities from across the world in wishing Boris Johnson a speedy recovery after he was moved in to intensive care battling coronavirus.

French president Emmanuel Macron said: ‘All my support for Boris Johnson, his family and the British people at this difficult time.

‘I wish him to overcome this ordeal quickly.’

Ivanka Trump, the daughter of US president Donald Trump, added: ‘My thoughts and prayers are with @BorisJohnson and his family. Godspeed Mr. Prime Minister!’ 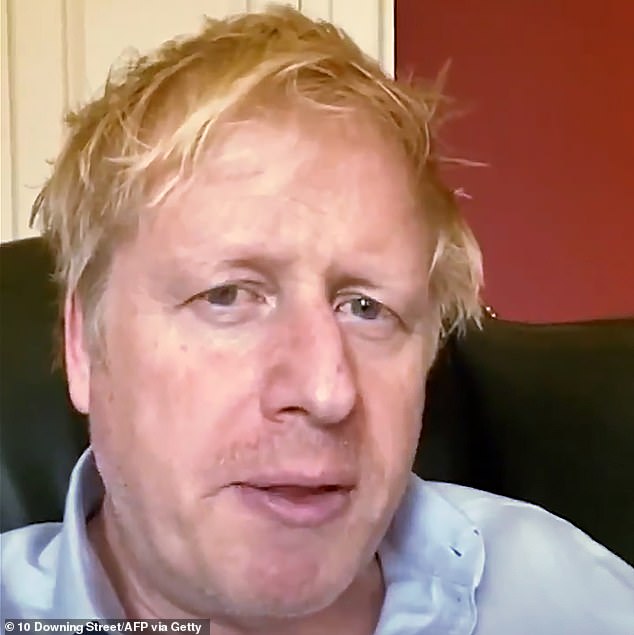 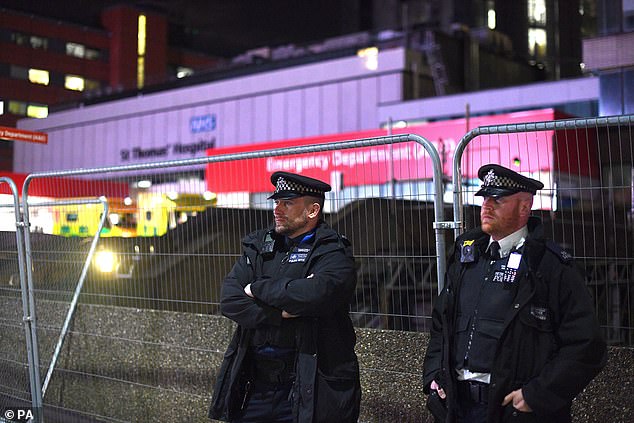 Wellwishes came from across the political divide, with newly-appointed Labour leader Sir Keir Starmer quickly throwing his support to the Prime Minister after learning of the ‘terribly sad news.’

‘All the country’s thoughts are with the Prime Minister and his family during this incredibly difficult time,’ wrote Sir Keir.

Mr Starmer’s predecessor Jeremy Corbyn wrote: ‘My thoughts are with Boris Johnson and his family tonight.

‘Thanks to the NHS staff for their hard work and dedication.’

Chancellor Rishi Sunak wrote on Twitter: ‘My thoughts tonight are with Boris Johnson and Carrie Symonds.

‘I know he’ll be getting the best care possible and will come out of this even stronger.’

Political heavyweights from France, the United States and Parliament sent a wave of wellwishes to the Prime Minister after he was moved to intensive care

Scotland First Minister Nicola Sturgeon wrote: ‘My thoughts are with the PM and his family – sending him every good wish.’

David Cameron, the former Prime Minister, tweeted: ‘Thinking of Boris Johnson and his family tonight. Get well soon. You are in great hands and we all want you safe, well and back in 10 Downing Street.’

Former chancellor Sajid Javid said: ‘Boris is one of the strongest people I know. Thinking of him, Carrie and his family tonight. Get well soon, the country needs you.’

Shadow health secretary Jonathan Ashworth tweeted: ‘Tonight we’re all wishing Boris Johnson well for a swift recovery. I know the NHS will be truly brilliant in caring for him and I again send my very best wishes to his family.’

London Mayor Sadiq Khan wrote: ‘Praying for the Prime Minister’s swift recovery tonight. @GSTTnhs (Guy’s and St Thomas’ NHS) has some of the finest medical staff in the world, and he couldn’t be in safer hands.’

Trade Minister Liz Truss said: ‘My thoughts are with the Prime Minister and his family as he is moved into intensive care this evening. Wishing him a speedy recovery.’

Brexit Party leader Nigel Farage posted on Twitter: ‘I hope and pray for @BorisJohnson to come through this ordeal quickly.’ 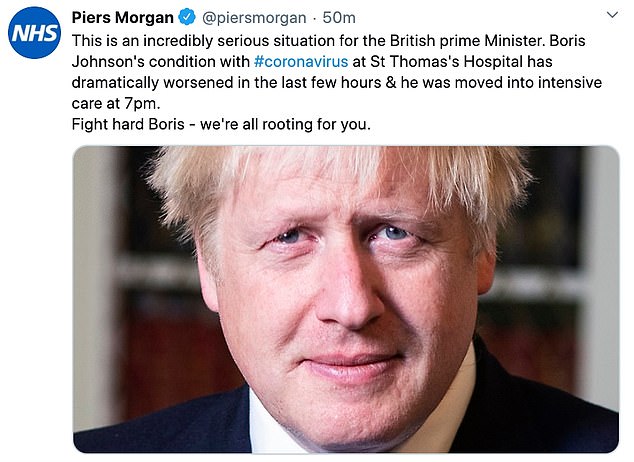 The Prime Minister was transferred to the ICU at St Thomas’ Hospital in London at 7pm this evening – 11 days after testing positive for the deadly disease.

He remains conscious and Number 10 sources stressed he had been moved to the critical care unit as a precaution should he require a ventilator.

But Mr Johnson has asked foreign secretary Dominic Raab to deputise for him ‘where necessary’, although it is understood Mr Raab will not formally become a temporary prime minister.

Speaking tonight after the PM was moved to intensive care, Mr Raab insisted that ‘government business will continue’ and said there is a fantastic ‘team spirit’ among ministers.

He also reassured that the premier was ‘receiving excellent care’ and thanked the NHS medics who were treating him and other patients across Britain. 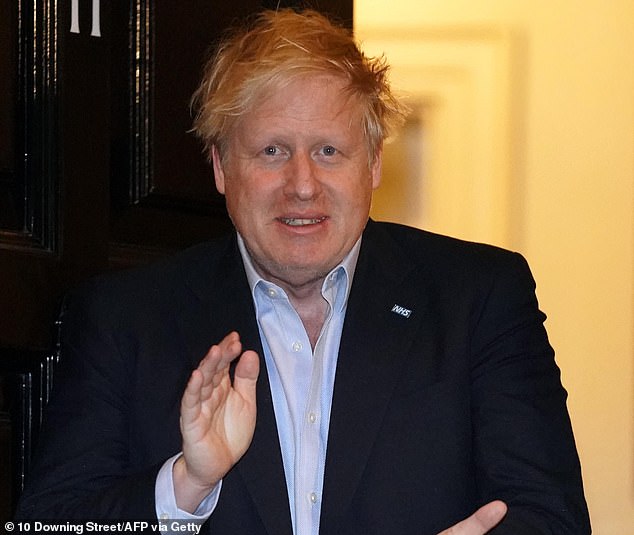 The Prime Minister (pictured on Thursday evening), who was admitted to St Thomas’ Hospital in London last night, was taken to intensive care at 7pm this evening

Mr Raab’s role as first secretary of state – the second most senior cabinet minister after the PM – means he is primed to take charge of the government’s coronavirus response at this critical period as cases approach the peak.

Following the PM’s hospitalisation last night on the advice of his doctor, Mr Raab had already stepped up to chair this morning’s daily meeting of top officials steering the nation through the health crisis.

And at this afternoon’s Downing Street press briefing, he confirmed a further 439 coronavirus deaths, taking the toll to 5,373, while the number of patients rose by 3,802 to 51,608.

Mr Johnson was still in charge during this press conference, but his symptoms spiralled and he required oxygen, prompting the move to critical care, according to Sky News.

Health experts tonight appeared unanimous in their view that the PM’s admission to intensive care means he is ‘extremely sick’. 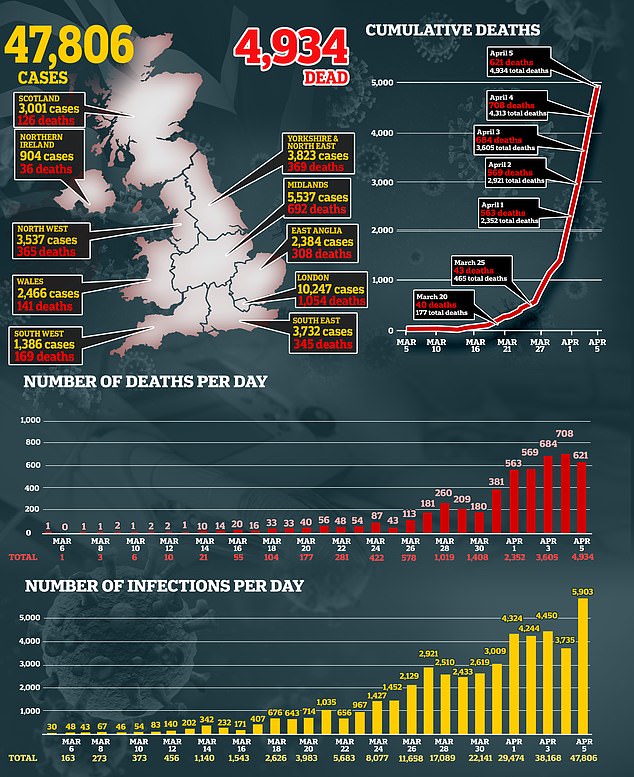