El Paso shooting: 20 dead in ‘evil act of violence’ at Walmart as suspect identified as 21-year-old with interest in far-right

Authorities in Texas are quizzing a 21-year-old white man – suspected of posting a racist “manifesto” online – believed to be responsible for a gun attack on a shopping centre that killed 20 people and which police said was the “nexus of a hate crime”. Video phone footage taken inside a mall in El Paso 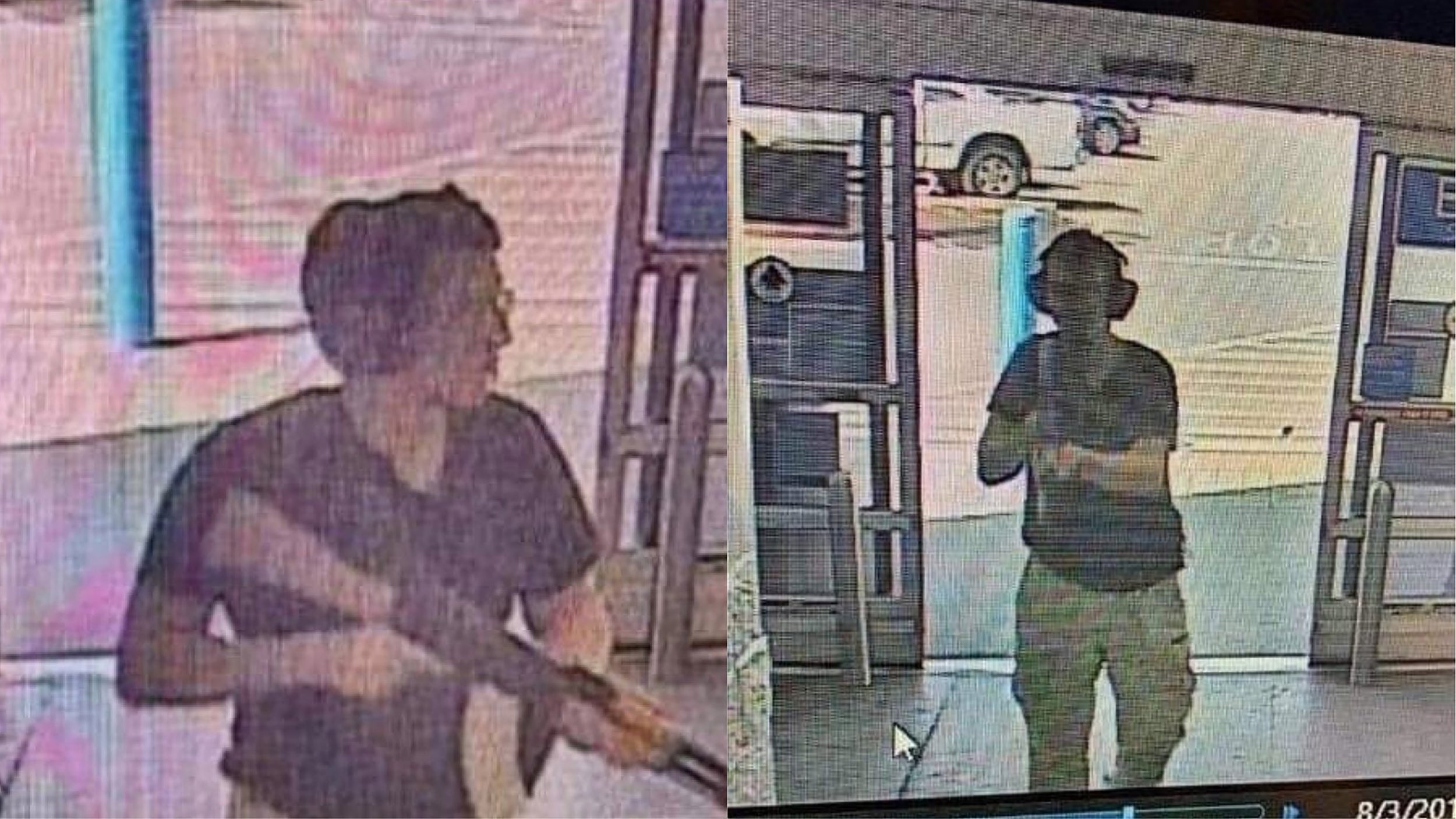 Authorities in Texas are quizzing a 21-year-old white man – suspected of posting a racist “manifesto” online – believed to be responsible for a gun attack on a shopping centre that killed 20 people and which police said was the “nexus of a hate crime”.

Video phone footage taken inside a mall in El Paso showed people running in fear for their lives after the shooter entered a Walmart store with a semiautomatic weapon and opened fire. In addition to the 20 fatalities, at least two-dozen people were injured in the latest incident of gun violence to scar the nation.

It appears the suspected shooter – named by multiple media accounts as Patrick Crusius – drove up to ten hours from Alen, a town near Dallas, to target the store in El Paso, a city on the border with Mexico that has long been a home to immigrants. An online posting apparently written several days ago, said the attack was a response to the “Hispanic invasion of Texas”.

“Even if other non-immigrant targets would have a greater impact, I can’t bring myself to kill my fellow Americans,” it said. “In short, America is rotting from the inside out, and peaceful means to stop this seem to be nearly impossible. The inconvenient truth is that our leaders, both Democrat AND Republican, have been failing us for decades.”

“Our thoughts are with the victims and their families,” the company said in a statement. “Content that praises, supports or represents the shooting or anyone responsible violates our community standards and we will continue to remove as soon as we identify it.”

At a press conference, Texas governor Greg Abbot who has long been a supporter of gun rights and and an opponent of effort to regulate the sale or carrying of weapons, described the incident as one of the of the “deadliest days in history of Texas”.

On Twitter, he wrote: “Now in the beautiful city of El Paso. Texans grieve today for the people of this wonderful place. We ask God to bind up the wounds of all who’ve been harmed.”

Meanwhile Donald Trump, who has placed anti-immigration rhetoric at the centre of his reelection campaign who was recently formally condemned by the House of Representatives for a series of racist tweets in which he told four Democratic congresswomen to “go back”, said the incident was “terrible”.

“Working with state and local authorities, and law enforcement,” the president wrote. “Spoke to governor to pledge total support of federal government. God be with you all!”

The document believed to have been written by the suspect claimed the president’s words had not been his inspiration. It also spoke in support of the Christchurch mosque shootings, in which 51 people were killed in two consecutive attacks in New Zealand in March.

“I know that the media will probably call me a white supremacist anyway and blame Trump’s rhetoric,” it said. “The media is infamous for fake news. Their reaction to this attack will likely just confirm that.”

El Paso police chief Greg Allen said authorities the manifesto from the suspect indicated “there is a potential nexus to a hate crime”. He said the suspect was taken into custody without incident, when confronted by police and was currently being questioned.

Democrat congresswoman Veronica Escobar, who repents El Paso, said: “The manifesto narrative is fuelled by hate, racism, bigotry and division. El Paso is a community that has shown nothing but generosity and kindness to the least among us: those people arriving at America’s front door.”