Ex-police sergeant, 66, faces jail for stealing thousands from homes of the dead

Williams (pictured) was convicted of theft at Snaresbrook Crown Court  A former police sergeant who received payments from an ‘heir hunting’ firm while on duty is facing jail for looting cash and property from the homes of dead people. Graeme ‘Taff’ Williams, 66, retired as a ‘sudden death co-ordinator’ in 2013 but continued to ‘volunteer’ 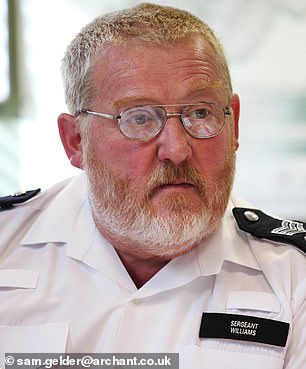 Williams (pictured) was convicted of theft at Snaresbrook Crown Court

A former police sergeant who received payments from an ‘heir hunting’ firm while on duty is facing jail for looting cash and property from the homes of dead people.

Graeme ‘Taff’ Williams, 66, retired as a ‘sudden death co-ordinator’ in 2013 but continued to ‘volunteer’ in the role at Stoke Newington police station.

His job was to find family members of the deceased and log their belongings and valuables.

Williams stole more than £10,000 and valuable furniture from the homes of three deceased people after visiting their homes.

He was ‘trusted implicitly’ by his employers and was paid an annual salary of £52,966.82 by the time he retired.

Williams was convicted of three charges of theft by a jury at Snaresbrook Crown Court.

Alexandra Felix, prosecuting, said Williams abused his position ‘by helping himself to the cash that was recovered, stealing it and providing information to heir hunters in return for payment’. 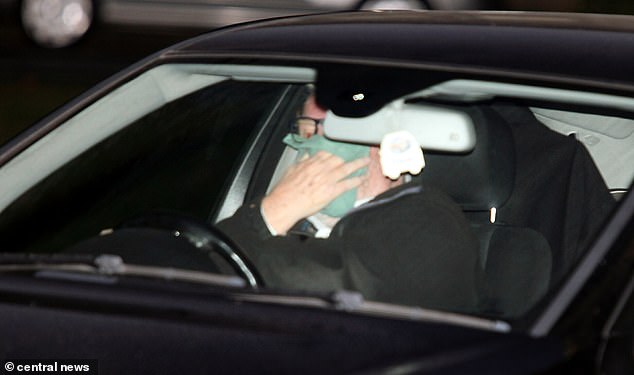 Expensive furniture, artwork and a goods were taken from the home of one deceased, whose family thought were being taken to a homeless charity.

An £800 watch, a 60-inch flat-screen TV, a fridge-freezer and washing machine were missing from the home, said the deceased’s sister said only the expensive items were missing.

In 2012 Williams told Hackney council £35,835 had been recovered from the home of an elderly man who had moved to a care home despite £40,835 being ‘banked’ in the superintendent’s safe.

Police raided Williams’ home and found £20,000 in a safe and £5,000 in a box. He also received £11,504.02 in ‘discretionary’ referral fees from heir hunting firm Fraser and Fraser, while working as a police volunteer, the court heard.

Company boss Andrew Fraser told jurors that as far as his firm were aware Williams was retired. 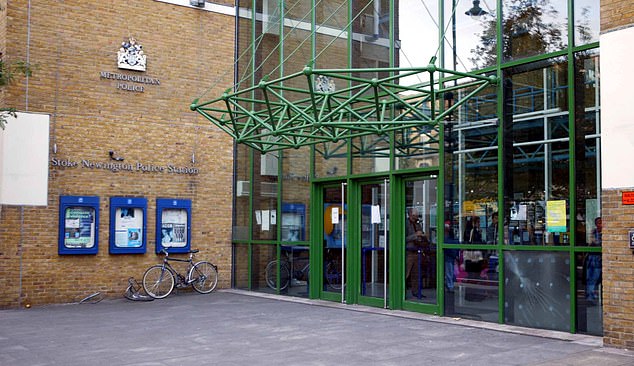 ‘I knew he was retired because I was invited, as lots of other people were to his retirement. I didn’t know he continued to work at Stoke Newington police station,’ said Mr Fraser. ‘A number of cases were referred to us after his retirement. I think there might have been a dozen or so.

‘A couple of cases were looked at but we didn’t spend much time on them but couldn’t establish much value in them.

‘After he retired he was a private individual. These referral fees were paid out at discretion.

The court heard that on at least one occasion firm Fraser and Fraser had received an email addressed to them from Williams’ police email address.

‘The whole firm thought he had retired from the police,’ said Mr Fraser. ‘If I knew he was still any matters referred to us from a police officer I would not have made payment. We saw him as a member of the public from after his retirement.’

Police Inspector Timothy Love was based in Hackney and Stoke Newington for most of his career, where he worked with Williams.

He was the sergeant’s line manager until his retirement in September 2013 and after he continued in the same role as a volunteer.

Explaining Williams’ role he said he would deal with solicitors, family and any other interested parties as a single point of contact.

Complaints had been made by the coroner about the system, which was ‘a bit of a mess’ and ‘needed bucking up’ so Williams was put in place to deal with it.

Inspector Love said: ‘The property store in Hackney was an absolute mess I think from top to bottom, issues around finding exhibits in there, dispensing cash, wasn’t being banked.

‘It had problems because it was understaffed and they were massively overwhelmed.’

Inspector Love wrote a report upon Williams’s retirement in 2013 singing his praises saying he was held in high esteem and had been in ‘just about every role in the book’. ‘This is no mean feat, he is to be congratulated for this work,’ he wrote.

Williams, of Borehamwood, Hertfordshire, denied but was convicted of three charges of theft. A separate charge of fraud was dropped earlier in the trial.

Judge Alex Gordon ordered a medical report and bailed Williams ahead of sentence on 7 January.