A 91-year-old man is among 10 people who have been arrested after Extinction Rebellion climate protesters blocked roads near the Port of Dover. Lorries and holidaymakers were caught up in long tailbacks as activists occupied one side of a dual carriageway and attempted to blockade another on Saturday. Just outside the Kent town, a second group 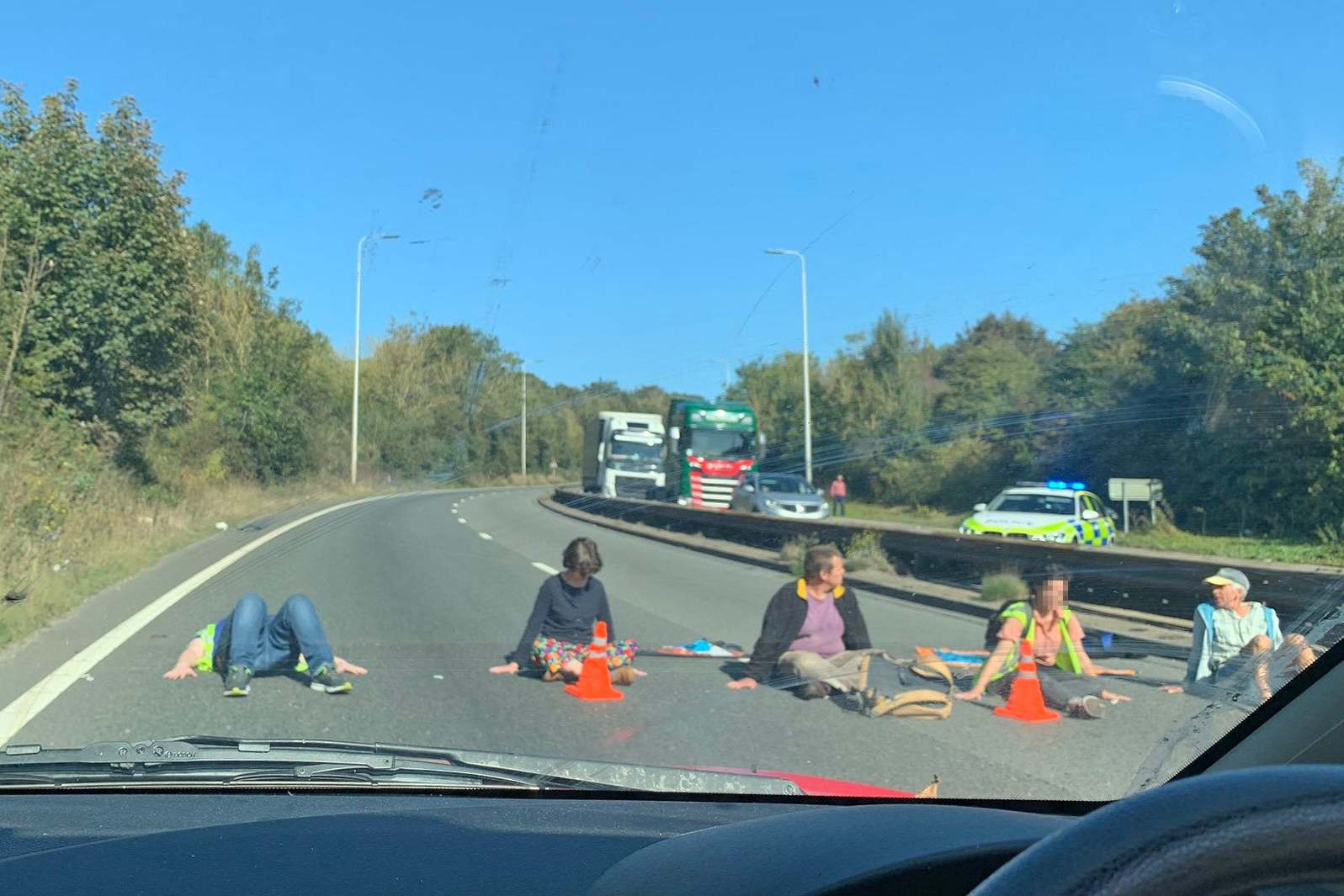 A 91-year-old man is among 10 people who have been arrested after Extinction Rebellion climate protesters blocked roads near the Port of Dover.

Lorries and holidaymakers were caught up in long tailbacks as activists occupied one side of a dual carriageway and attempted to blockade another on Saturday.

Just outside the Kent town, a second group of demonstrators “glued” themselves to another section of the A20 to hold up traffic before being dragged away by police.

Kent Police had told protesters they could demonstrate in a designated area near the ferry port for four hours.

Police said “the large majority” remained in the sanctioned zone but five demonstrators were arrested after breaking away from the main protest and blocking traffic in the opposite direction. A 91-year-old man and 83-year-old woman were among the group detained, according to Sky News.

Another five people, also believed to have been elderly, were arrested after sitting down and blocking traffic on the A20 leading into Dover.

Jade Evans, one of the drivers caught up in the resulting queue, tweeted: “Carnage in Dover! These t***s have superglued themselves to the A20.”

An Extinction Rebellion spokesman said the group had assessed that the blockade would “not cause any disruption to vital supplies,” such as medicine.

He added: “Extinction Rebellion appreciates the blockade will directly affect ordinary people and businesses, but we feel the action is necessary in order to call the government to action.”

Activists began assembling near the ferry port this morning ahead of the planned blockade at 11am.

Songs including The Clash’s “I Fought The Law” could be heard blaring out of a speaker set, while flags and signs adorned the seafront railings with slogans such “Rebel for life” and “Climate breakdown kills”.

“This crisis may seem far away now but given the dependency of the UK on food imports we are extremely vulnerable. The government must tell the truth and act now.”

The Port of Dover said it was “working closely with Kent Police to ensure as minimal disruption as possible”.

The force’s chief superintendent, Andy Pritchard, said: “‘The force is grateful to everyone who co-operated with efforts to ensure the rights of the protestors, and the wider public, were respected and it is pleasing we haven’t seen levels of disruption greater than what could be reasonably expected.”

Dover is one of the busiest ports in Europe, with around five million vehicles and 12 million passengers passing through every year.

The Extinction Rebellion protest came after millions of people around the world – many of them school pupils who had walked out of classes – took to the streets to call for action from world leaders over the climate crisis.