Factory worker, 57, is first Briton to die from lung disease ‘linked to vaping’

A 57-year-old British factory worker has today been named as the first e-cigarette user in the world feared to have developed a fatal disease directly linked to his vaping habit. Terry Miller, 57, from Gateshead, Tyne and Wear, died nine years ago after developing lipoid pneumonia and doctors said oil from vaping fluid was found in his lungs.

A 57-year-old British factory worker has today been named as the first e-cigarette user in the world feared to have developed a fatal disease directly linked to his vaping habit.

Terry Miller, 57, from Gateshead, Tyne and Wear, died nine years ago after developing lipoid pneumonia and doctors said oil from vaping fluid was found in his lungs.

His wife Glynis believes her husband’s death was hastened by his use of e-cigarettes – claiming he was better off still smoking.

Mrs Miller has today called for a new inquest into his death after the first one in 2010 recorded an open verdict.

She says that back then Public Health England did not have the evidence to back up its claim about the safety of e-cigarettes, which are used by 3million people in Britain.

Her husband’s case has been highlighted as a report from the Medicines and Healthcare Products Regulatory Agency said vaping hit the health of 200 British e-cigarette users. In America, there are fears that 13 people have died due to vaping and more than 800 have fallen ill. 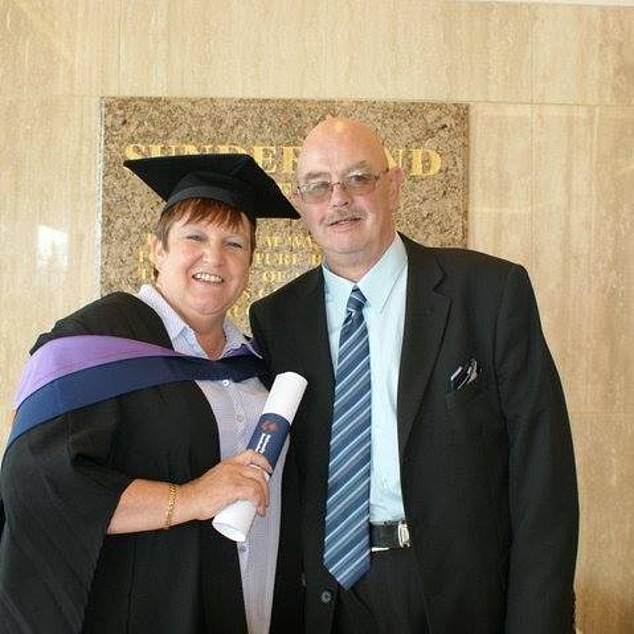 A 57-year-old Briton, Terry Miller, pictured with his wife Glynis, is the world’s first known victim of lipoid pneumonia likely caused by vaping 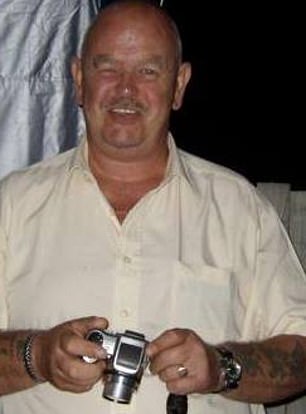 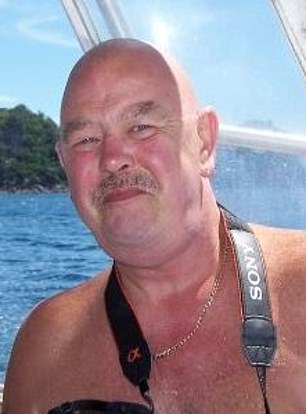 HOW COULD VAPING BE HARMFUL?

The flavourings in electronic cigarettes may damage blood vessels in the same way as heart disease, according to research published in June.

The chemicals used to give the vapour flavours, such as cinnamon, strawberry and banana, can cause inflammation in cells in the arteries, veins and heart.

They cause the body to react in a way that mimics the early signs of heart disease, heart attacks or strokes, the study by Boston University found.

Other recent studies have also suggested smoking e-cigarettes could cause DNA mutations which lead to cancer, and enable pneumonia-causing bacteria to stick to the lungs easier.

Researchers at New York University subjected human bladder and lung cells to e-cigarette vapor, which is marketed as being healthier than tobacco.

They found the cells mutated and became cancerous much faster than expected and mice exposed to the vapour also suffered significant DNA damage.

The vapour from e-cigarettes helps bacteria which cause the condition to stick to the cells that line the airways, they said.

The effect occurs with traditional cigarette smoke and those who are exposed to air pollution high in particulates from vehicle exhausts.

Experts say that vaping should be considered far less harmful than smoking.

The adverse effects are feared to include heart problems, chest pains and pneumonia, the dossier claims, with experts demanding the health of those who vape be more carefully recorded.

Today there are calls for a new inquest into Mr Miller’s death after the first one in 2010 recorded an open verdict.

His wife Glynis, 66, said today that back then Public Health England did not have the evidence to back up its claim about the safety of e-cigarettes.

She said: ‘It lulls people into a false sense of security. The doctor took me into a room as Terry’s condition deteriorated and told me he was as certain as he could be that it was caused by the e-cigarette.

‘People ask, do you think vaping caused his death? I can’t say definitively that it did, only that it very much contributed. If he hadn’t used the e-cigarette and carried on smoking, I don’t think he’d have died at the age of 57.’

‘I’m surprised it has taken this long. I wonder how many other cases there are that haven’t been reported.

‘I thank God somebody is finally sitting up and taking notice. I see kids [vaping] and I think: you don’t know what you are taking into your lungs.’

Hitting back at claims that smokers are better off avoiding vaping, NHS Professor John Newton said: ‘Vaping has helped hundreds of thousands of smokers to quit tobacco.

‘It isn’t risk-free but it is far less harmful than smoking. It would be tragic if smokers who could quit with the help of an e-cigarette did not do so because of false fears about their safety.’ 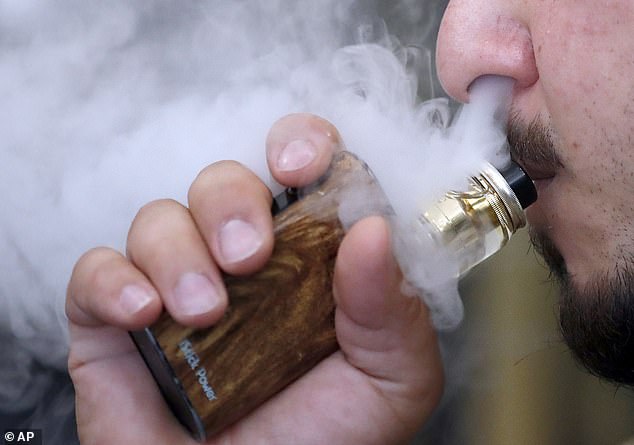 Vaping has been linked with 200 health problems including heart disorders, chest pains and pneumonia

Terry Miller was named in the Sunday Times as the world’s first victim of the deadly disease lipoid pneumonia likely due to vaping.

What are e-cigarettes and is it as dangerous as smoking?

They do not contain tobacco or produce tar or carbon monoxide – 2 of the most damaging constituents in tobacco smoke, which you inhale from cigarettes.

E-cigarettes are not completely risk-free, but experts estimate that vaping is at least 95% less harmful than smoking cigarettes. E-cigarette vapour contains some potentially harmful chemicals also found in tobacco smoke, but at much lower levels.

Many people think nicotine is very harmful to health. In fact, although it is addictive, nicotine is relatively harmless: it’s the thousands of other chemicals in tobacco smoke that cause almost all the harm from smoking.

Doctors referred Mr Miller’s death to an inquest after they found oil in his lungs. A coroner recorded an open verdict.

Dr Gareth Walters, a consultant in occupational and interstitial lung diseases at the University Hospitals Birmingham NHS Foundation Trust, said we cannot yet assess the risk because there is not enough information.

Vaping has been linked with 200 health problems including heart disorders, chest pains and pneumonia, an official dossier has revealed.

Health watchdog the Medicines and Healthcare Products Regulatory Agency (MHRA) has recorded 74 reports of health problems suspected to have been caused by e-cigarettes since 2014.

Experts are now calling for a national system to record every problem associated with e-cigarettes amid increasing concern over their safety, according to The Sunday Times.

They have already been banned in Brazil, India, Thailand and Singapore.

The MHRA insisted all health problems are reviewed and emphasised they are not concrete proof of the side effects of vaping.

But they said people reporting the ailments are attributing their problems to the e-cigarettes.

E-cigarette users have been advised to monitor their shortness of breath or any signs of coughing or fever. 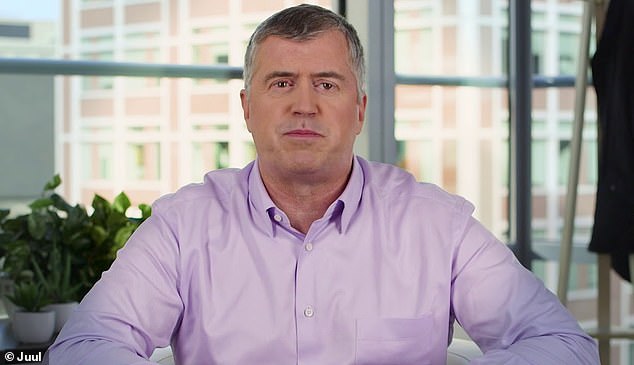