Female students who wear outfits to their graduation ceremonies that are regarded as “sexy” are seen as “less capable” than their counterparts, research has found. For the study, which was published in journal Frontiers in Psychology, scientists from the Universities of Surrey, Lisbon, Padua and Perugia conducted several investigations to explore how people respond to 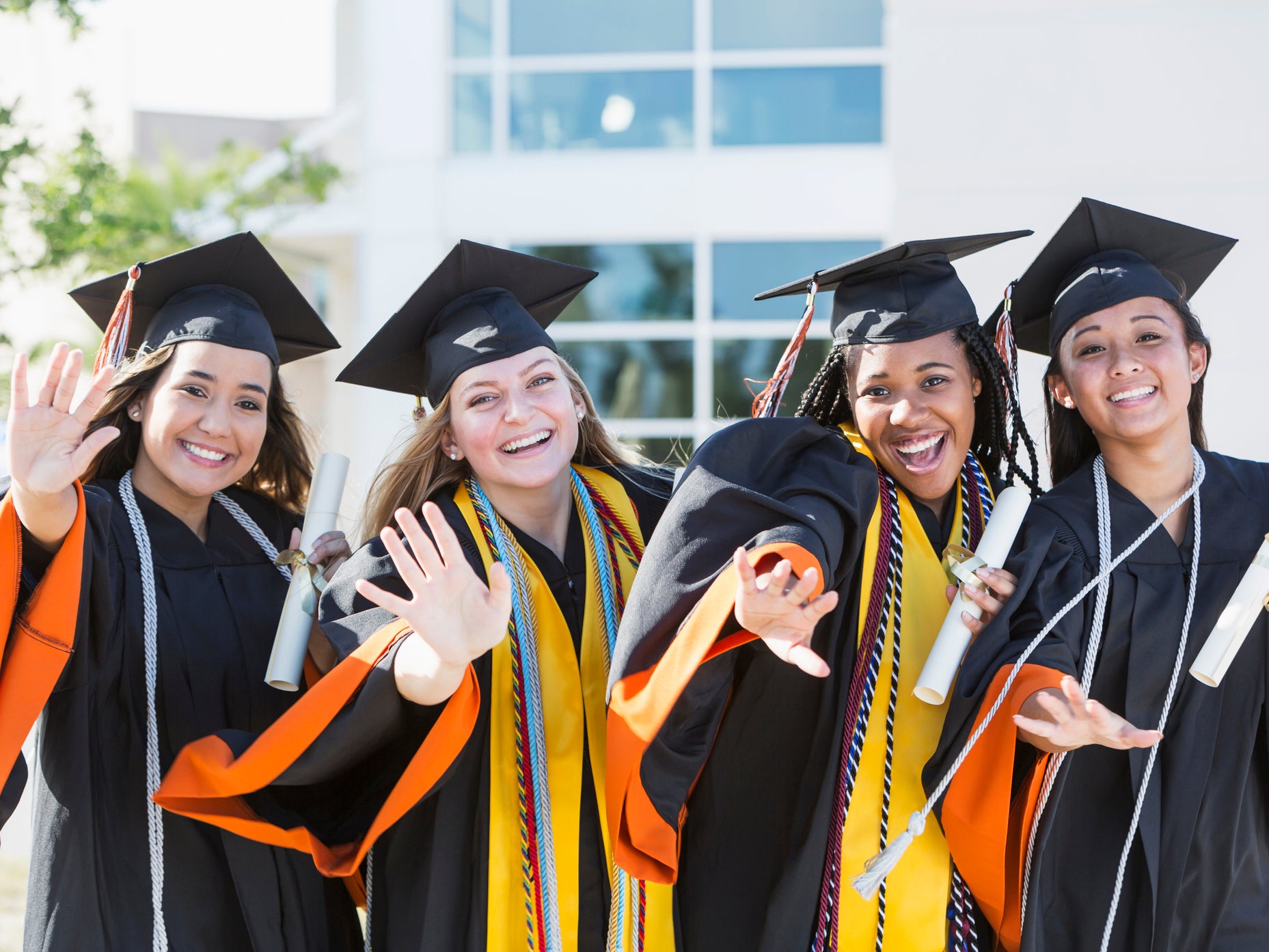 Female students who wear outfits to their graduation ceremonies that are regarded as “sexy” are seen as “less capable” than their counterparts, research has found.

For the study, which was published in journal Frontiers in Psychology, scientists from the Universities of Surrey, Lisbon, Padua and Perugia conducted several investigations to explore how people respond to photos of female graduates dressed in different ensembles.

The participants of the study, which included a range of adults, university professors and female students, were asked to rate each of the students based on their academic performance, their future career prospects and whether they would have chosen the outfits worn by the women.

The researchers found that the participants were more likely to deem the female students as having a greater chance of achieving a successful career when dressed in “professional” attire, in comparison to when they were pictured in “sexy” outfits.

The second study involved more than a hundred female students providing photos taken on the day of their graduation ceremonies, which were then judged by almost 400 individuals.

The results from this investigation emulated the first, with participants more likely to perceive a female student as competent when dressed in clothing “rated as appropriate for the occasion”

Again, participants were more likely to hold the women wearing “professional” clothing in higher regard.

Paige Evans, a 22-year-old journalism graduate from Gloucestershire, tells The Independent how she recently wore a dress at her graduation ceremony that she describes as being “very boobie”.

While Evans felt confident in her choice of clothing, she also felt a little bit self-conscious.

“I think it’s okay. I did feel like I was being stared at a bit though, it made me feel slightly uncomfortable so I was constantly adjusting throughout the day,” she says.

Jessica Pardoe, a 21-year-old digital PR executive from Manchester, explains that she felt “judged” on her graduation day when she decided to take off her painful high heels.

“My heels hurt me so much on the morning that I wore my sliders in the end when I graduated in July,” Pardoe tells The Independent.

“I felt soo judged when I walked on stage as absolutely every other girl was wearing a lovely set of heels, but in the end I didn’t care – so long as I was comfy.”

Dr Fabio Fasoli, a lecturer in Social Psychology at the University of Surrey, believes the study is indicative of the prejudicial bias women often experience due to their appearances or choice of clothing.

“The intelligence and competence of females is unfairly linked to how they present themselves,” Dr Fasoli says.

“A top student who decides to wear a short dress to her graduation is perceived to be less capable than another who chooses to wear trousers and a jacket.

“It is often thought that how we dress is a reflection of our personality but this may not be the case for women, given that they are constantly scrutinised for their appearance and that unmerited conclusions are drawn about them, including their intelligence and professional capability.”