Charlie Whiting, the long-serving Formula One race director, has died suddenly at the age of 66. Whiting died on Thursday from a pulmonary embolism in Melbourne where he was due to work this weekend, sparking an outpouring of emotion from the Formula One community.  The FIA confirmed that Whiting had passed away in the southern

Charlie Whiting, the long-serving Formula One race director, has died suddenly at the age of 66.

Whiting died on Thursday from a pulmonary embolism in Melbourne where he was due to work this weekend, sparking an outpouring of emotion from the Formula One community.

The FIA confirmed that Whiting had passed away in the southern Australian city where the 2019 F1 season is due to start on Saturday. 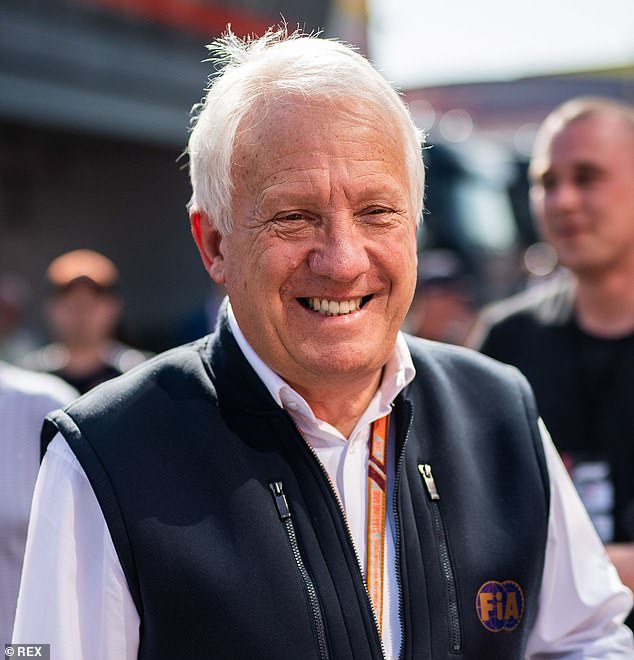 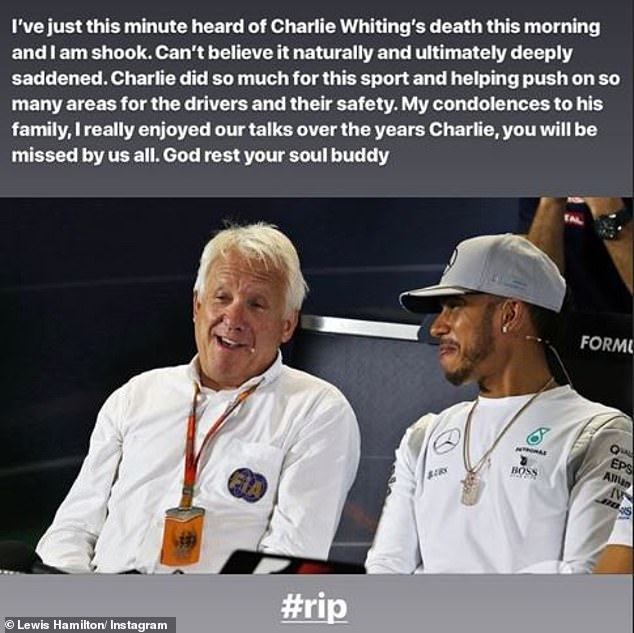 Reigning world champion Lewis Hamilton said: ‘What he did for the sport and his commitment, he really was a pillar.

1998 – Is made FIA Technical Delegate to Formula One

‘I’ve known Charlie since I started in 2007… what he did for the sport, his commitment, he really was an iconic figure.’

The defending world champion also posted a message on Instagram with a picture of himself alongside Whiting.

He wrote: ‘I’ve just this minute heard of Charlie Whiting’s death this morning and I am shook. Can’t believe it, naturally and ultimately deeply saddened. Charlie did so much for this sport and helping push on so many areas for the drivers and their safety. My condolences to his family, I really enjoyed our talks over the years Charlie, you will be missed by us all. God rest your soul buddy.’

Sebastian Vettel spoke to Whiting the day before his death and reflected: ‘You could ask anything at any time, his door was always open. 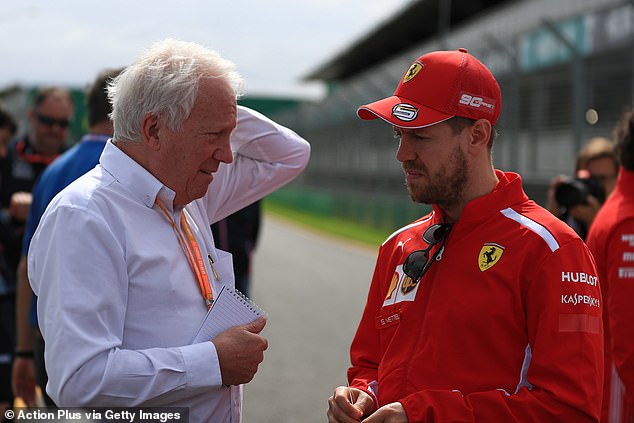 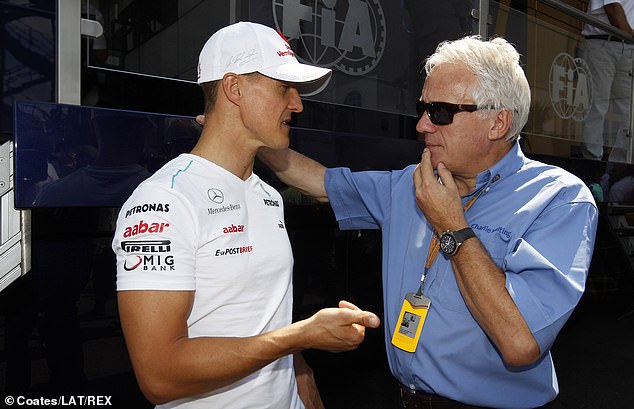 RESPONSIBILITIES OF A RACE DIRECTOR:

The remit for a Formula One race director is a broad one.

Whiting managed the logistics for each Formula One Grand Prix race during the course of the season.

He inspected the cars before the race, enforced FIA rules and also had responsibility to control the lights to start the race itself.

FIA President Jean Todt said: ‘It is with immense sadness that I learned of Charlie’s sudden passing. I have known Charlie Whiting for many years and he has been a great race director, a central and inimitable figure in F1 who embodied the ethics and spirit of this fantastic sport.

‘F1 has lost a faithful friend and a charismatic ambassador in Charlie. All my thoughts, those of the FIA and entire motor sport community go out to his family, friends, and all F1 lovers.’

The FIA confirmed Whiting had died of a pulmonary embolism, a blockage of the vessels in the lungs.

CHARLIE WHITING: THE RACE DIRECTOR WHO ROSE THROUGH THE RANKS TO BECOME PILLAR OF FORMULA ONE FOR 20 YEARS

A fascination with motorsport stemmed from Whiting’s youth, when he spent evenings and school holidays fixing up cars with his brother Nick in Kent.

Hesketh – which gave James Hunt his first drive in F1 – would go on to fold in 1978, and Whiting went on to join Brabham, then owned by Bernie Ecclestone.

When Ecclestone sold the team, the lure of the poacher-turned-gamekeeper transition proved too strong and Whiting took up a role within the sport’s governing body, the FIA, eventually becoming race director in 1997.

Over the last two decades, Whiting essentially became the sport’s lead referee, analysing incidents, detecting wrongdoing and taking a lead in promoting safety within the sport.

One of the more notable incidents in his career came Stateside in 2005, when all but six drivers completed the United States Grand Prix owing to tyre concerns.

Concerns were raised about the safety of tyres brought by Michelin to the Indianapolis Motor Speedway and Whiting was asked to alter one of the corners which would allow seven teams to race safely. 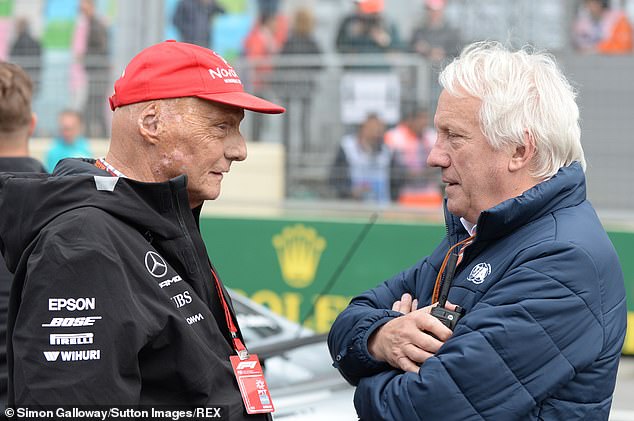 He refused, leading to the farcical sight of 14 cars retiring after the parade lap.

In a letter to the teams at the time, he said: “To change the course in order to help some of the teams with a performance problem caused by their failure to bring suitable equipment to the race would be a breach of the rules and grossly unfair to those teams which have come to Indianapolis with the correct tyres.”

But fairness and safety were key to Whiting, so often referred to as Charlie within the paddock and over the radio, particularly when drivers thought an incident warranted further investigation.

He would rigorously inspect circuits, checking a range of new circuits on the GP calendar for suitability, as well as looking at how safety could be improved within the car.

Whiting is credited with being among those who backed the introduction of the halo device, which helped Charles Leclerc avoid serious injury after a huge accident at last year’s Belgian Grand Prix.

With more than 400 Grands Prix under his belt, Whiting was part and parcel of the sport.

Speaking about his role in 2017 to Top Gear magazine, he said: “I still love it. The buzz is extraordinary. “It’s rare I find myself thinking ‘well, this is boring’.”

He is credited with major improvements to the safety of drivers such as the halo, headrest, survival cell and high-sided cockpits.

The halo in particular was praised for saving Charles Leclerc from serious injury at the Belgian Grand Prix last year.

Tributes began to pour in on Thursday night – Friday morning in Melbourne – after the news broke as the world of motorsport mourned his death. 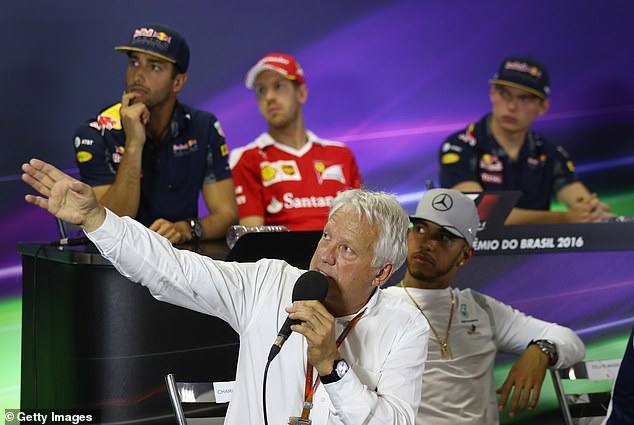 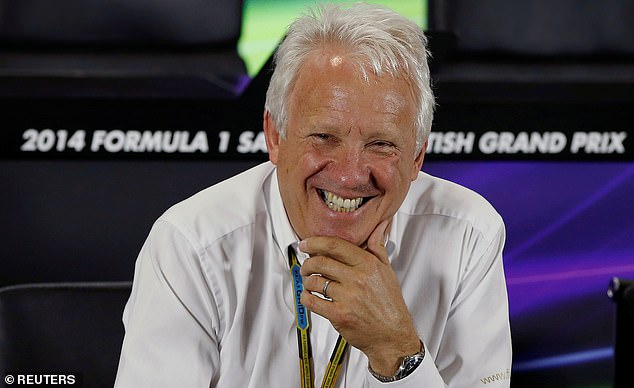 Ross Brawn, managing director of F1, said: ‘I have known Charlie for all of my racing life. We worked as mechanics together, became friends and spent so much time together at race tracks across the world.

‘I was filled with immense sadness when I heard the tragic news. I’m devastated. It is a great loss not only for mepersonally but also the entire Formula 1 family, the FIA and motorsport as a whole. All our thoughts go out to his family.’

The official McLaren Twitter feed posted: ‘All at McLaren are shocked and deeply saddened at the news of Charlie Whiting’s passing.

‘Charlie will be remembered as one of the giants of our sport, as well as a great colleague. Our deepest sympathies and thoughts are with all of his loved ones.’

Christian Horner, team principal at Red Bull Racing, said Whiting was a man with ‘great integrity’ and ‘performed a difficult role in a balanced way’. 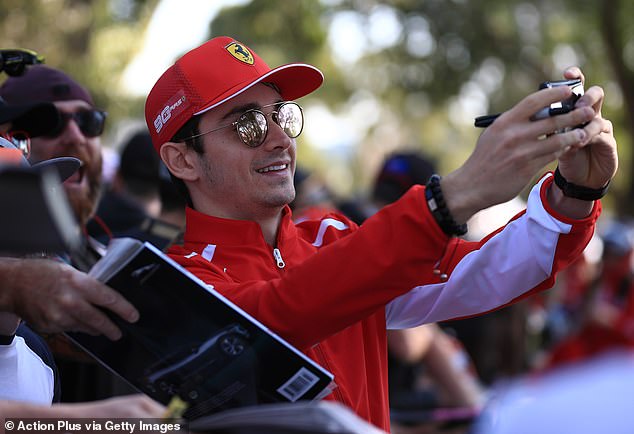 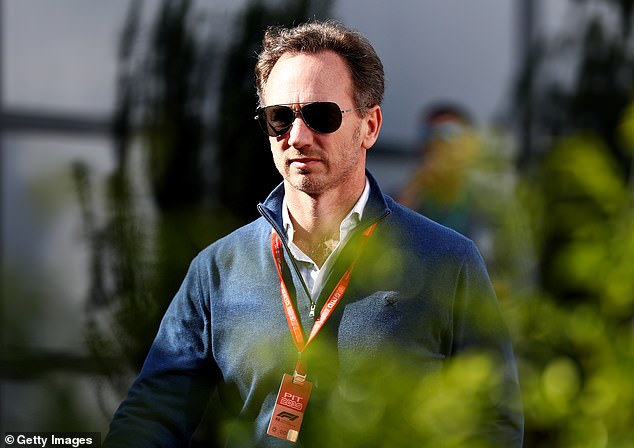 He added: ‘Charlie has played a key role in this sport and has been the referee and voice of reason as Race Director for many years.

‘At heart, he was a racer with his origins stretching back to his time at Hesketh and the early days of Brabham.

‘Charlie was a great man who will be sadly missed by the entire Formula 1 paddock and the wider motorsport community.’

Daniel Ricciardo said the drivers sometimes tested Whiting’s patience, ‘but you always felt like he was on our side.’ 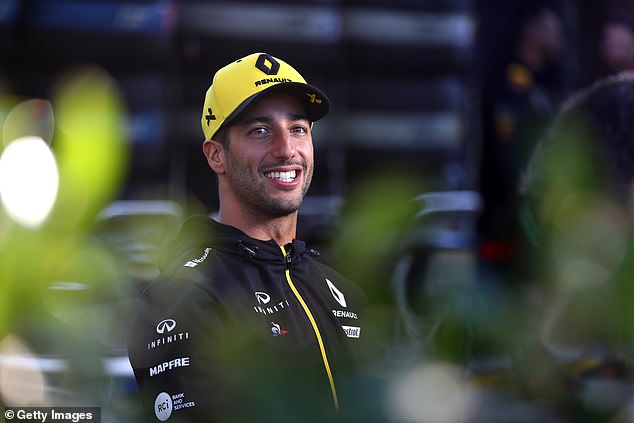 ‘He did a lot for the sport. I’m sure we’ll all race with a lot of passion this weekend. It’s a reminder we’re all very lucky to be in this position,’ he added.

McLaren’s British driver, Lando Norris, wrote: ‘I think everyone is the paddock is gonna miss Charlie. Very sad news to all of us. Thoughts to his family and friends. Thanks for all you’ve done for our sport. #RestInPeace’.

His fellow British rookie, George Russell, said: ‘I’m deeply saddened to hear the news of Charlie Whiting’s passing. Such a huge figure in the world of motor sport. All of my thoughts are with his family and his many friends right now. We’ll all miss him very much.’