It’s almost 25 years to the day since the first episode of Friends aired and – judging by Netflix’s reported $100m efforts to keep the show on its platform through the year – its fan base is still alive, kicking, and day-dreaming about a trip to Central Perk. As someone who once ranked all of Friends’s 236 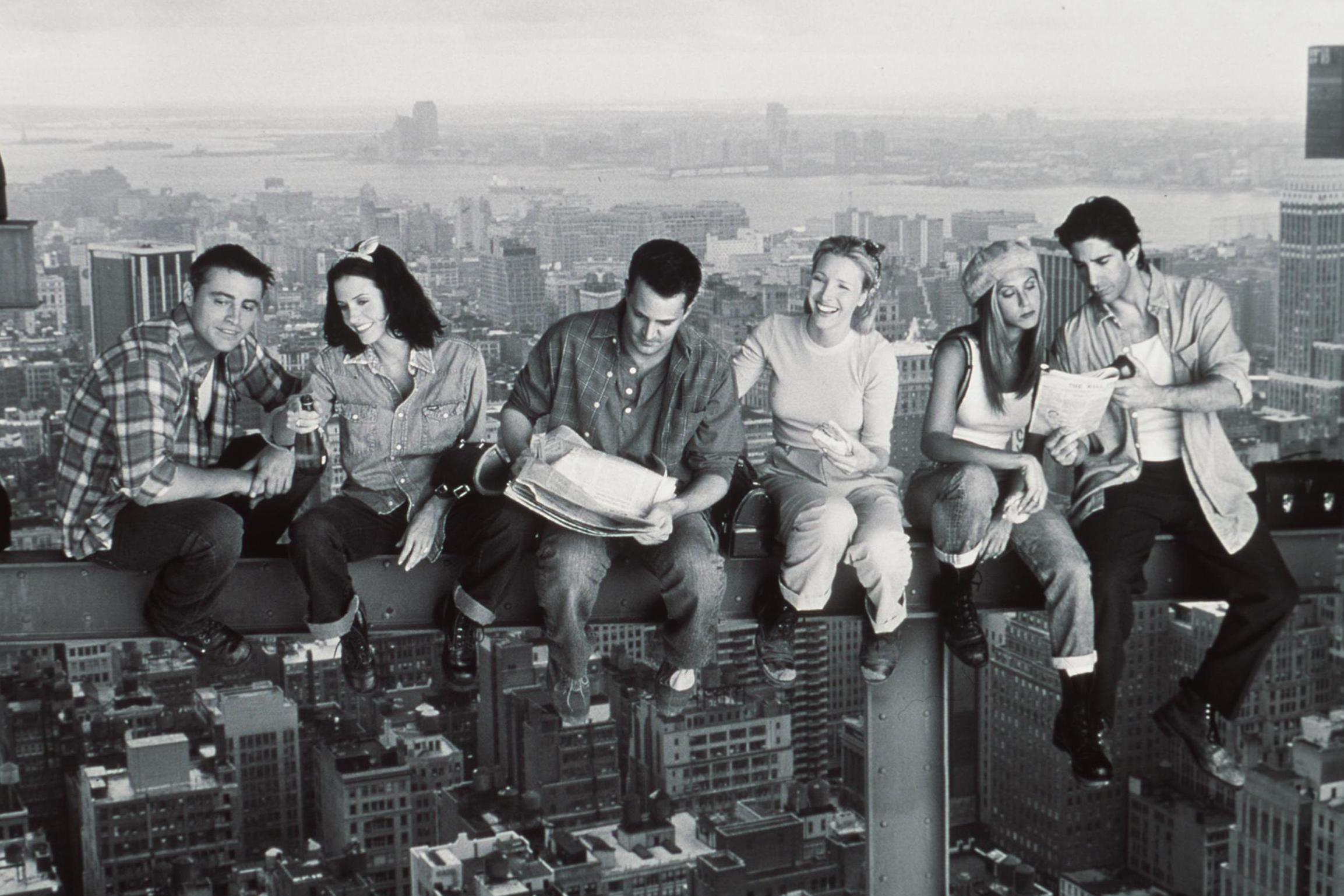 It’s almost 25 years to the day since the first episode of Friends aired and – judging by Netflix’s reported $100m efforts to keep the show on its platform through the year – its fan base is still alive, kicking, and day-dreaming about a trip to Central Perk.

As someone who once ranked all of Friends’s 236 episodes and lived to tell the tale, I know from experience that people still have very strong feelings about the show and its many points of contention (Were Ross and Rachel on a break? Should Phoebe have ended up with David instead of Mike?).

It goes without saying, then, that people seldom agree on who the best friend was out of all six. There are the Monica die-hards. There are those who can’t resist Chandler’s quips. There are the fans whose dearest dream is to take a guided tour of Phoebe’s whimsical brain.

This is why, in order to produce a sensible ranking, I have attempted some form of objectivity, grading each friend on three things; how funny they are, their likeability, and their dramatic potential.

Now, of course, putting any of the six friends at the bottom of this ranking seems unfair. The friends only ever made sense as a group, and each had their own qualities to contribute to the show. But the numbers have spoken.

Sure, over the years, Joey provided the show with some of its best-known one-liners (see: “Joey doesn’t share food!” and “How you doin’?”). He was also a recurrent source of situational comedy (see: Joey locking himself into his media unit to prove a point, only for all his and Chandler’s belongings to get stolen). Still, it’s hard to compare his goofiness to Chandler’s dry one-liners or Phoebe’s knack for the absurd.

Whether he was rushing a pregnant Rachel to the ER, helping new head chef Monica win over her kitchen staff, or going vegetarian throughout Phoebe’s pregnancy (because she was craving meat despite her principles), Joey was possibly the sweetest of all six friends (I said ‘possibly’). Yes, he had occasional misgivings (such as his bigoted reaction when his sister Dina announced her pregnancy), and his overall track record on women is, well, terrible (though he did attempt to atone for his terrible approach to dating later on in the show by calling all his exes and apologising to them). But you do get the sense that he was overall trying his best to do right by those he loved.

Perhaps owing to Joey’s easy-going nature, he was often relegated to secondary plots, as opposed to the main event (with some exceptions, such as his major fallout with Chandler in season two and his ill-timed crush on Rachel in seasons nine and 10). For that reason, Joey wasn’t the biggest purveyor of drama on the show – and while that might make him easier to befriend in real life, it does slightly play against him as a fictional character.

Yes, we are as shocked as you are to see Joey tumble to the bottom of this ranking, but the numbers have spoken.

More often than not, Ross was funny despite himself (like when he got stuck with his leather pants around his ankles while on a date, or when he placed an irate phone call to a condom manufacturer after Rachel told him she was pregnant with their child). Still, as a character, he was regularly hilarious, and David Schwimmer brought Ross’s brand of comedy to life in an admirable manner.

Ross probably thought he was a good guy, but his record shows otherwise. He cheated on Rachel (no, they were not on a break) then tried to get her back; he dated one of his students; he challenged Phoebe’s belief that her mother had been reincarnated in a cat (which, sure, he’s entitled to his doubts, but could he not just drop it?); and he wasn’t the best brother to Monica, nor was he the best father to Ben. Ross, you were selfish, irascible and emotionally immature, and for that, you get a two.

Ross’s tortured relationship with Rachel provided most of the emotional backbone in many seasons of Friends. Add to that the evolution of his relationship with his ex-wife Carol (and with Carol’s wife Susan), his disastrous wedding to Emily during which he said the wrong name at the altar, and his emotional breakdown in season five, and you can’t deny that Ross’s life was as dramatic as the 2017 Oscars (aka The One When They Wrongly Announced La La Land As Best Picture).

This might be an unpopular opinion, since Monica is such a beloved character, but: I have never found her laugh-out-loud funny. Sure, her excessive competitiveness and cleanliness were amusing, but it was no match for Phoebe’s otherworldliness or Chandler’s bitterness. Sorry.

Let’s all remember that it’s Monica who let Rachel into the group, which, from what we gather about Rachel’s past self, took a lot of forgiveness and understanding. Generally, Monica often showed an ability to look past other people’s misgivings – and let’s not forget that she let Rachel use the first name Emma for her own daughter, when she had planned on using it for years.

Monica’s careers choices provided their ups and downs, and her relationships were certainly a source of upset – many still believe she should have ended up with Richard instead of Chandler, for example. But just like her husband Chandler, you always had a sense that Monica would be all right in the end, and while that’s not a bad thing, it does mean that her potential for drama was slightly lower than, say, Phoebe’s.

Monice shares the same rating as her brother Ross.

Rachel had her moments – and boy, were they great moments. She sang “Copacabana” in that terrible bridesmaid dress at her ex-fiance’s Barry’s wedding, for one. She fell violently to the ground while trying to escape from Ross and his new girlfriend Julie during an ill-fated attempt to welcome Ross at the airport. She unsuccessfully tried to woo her crush Joshua with a cheerleading routine at a party. Let’s make it official: Rachel was a hoot.

As we all know, Rachel grew throughout the show from a spoiled, sheltered young woman to a capable person with a successful career and the ability to advocate for herself in her personal life. This also means she became progressively less selfish – such as when she tried to help her sister Jill (Reese Witherspoon) after their father cut her off, or when she demonstrated patience and maturity when confronted to her other, just as terrible sister Amy (Christina Applegate).

The way Jennifer Aniston brought Rachel’s sorrow to life during her break-up with Ross earns Rachel major points. Ditto Rachel’s infamous decision to leave New York City for Paris (and to then get off the plane!). Ditto Rachel’s pregnancy in season eight (just try to remember that for several episodes, we had no idea who the father was).

Chandler’s friends derided Chandler’s humour – undeservedly so. The man was a master at banter. Sure, he used it as a defence mechanism, but who could blame him? Plus, he wasn’t great at the advice, but he could always provide a sarcastic comment.

Chandler bankrolled Joey’s career for years. He felt terrible when he fell for Joey’s girlfriend Kathy (and spent Thanksgiving in a box as penance). He fell hard for Monica and was overall a supportive husband to her (yes, with some exceptions), including through their struggle to conceive then adopt children. Chandler’s problematic treatment of his “dad” (which we have discussed time and time again) and his occasional bout of fatphobia are two of the reasons why he doesn’t get a 5/5 in this category.

Certainly, Chandler’s once-secret relationship with Monica was a major topic of intrigue. His marriage, and the lead-up to it, wasn’t devoid of drama either. Yet, Chandler didn’t always have the most colourful storylines, perhaps because he was the one who got his act together most of the time. Great for him, but not so great for his score in this category.

Being a close second in any ranking feels like a very Chandler Bing move, so I’m happy with this.

Phoebe was so wonderfully weird in a way that made her one of the funniest of the bunch. Remember when she sang along to Ross’s terrible attempt at playing the bagpipes? What about when she told Rachel her maternity trousers would be great for shoplifting melons? Good times.

Phoebe was the most straight-talking of all the friends, and (perhaps owing to her rough upbringing) she had no patience for their silly problems. This does mean she has less of a soft spot, although it makes her an absolute petty role model (the kind of person who can answer the question: “You wanna help?” with “I wish I could, but I don’t want to”). Still, she was a strongly principled person, meaning she usually tried to do the right thing for her loved ones – even when said loved ones were a bunch of orphaned rat babies.

A long-lost brother? A triple surrogate pregnancy? A scientist soul mate living in Minsk for the advancement of humanity? A hidden biological mother? An estranged father? A tough childhood on the streets? Need I go on?

Our winner. Is it still too late for a Phoebe Buffay 2020 run?