Game of Thrones season 8: Five biggest reunions from episode 1 and when they last saw each other, including Arya, Jon and Gendry

Game of Thrones season eight episode one doled out the reunions with many characters seeing each other for the first time in years. With the number of locations featured in the show dwindled as it gears up for its climax, the HBO series is busy putting the players in place for what will be television’s biggest 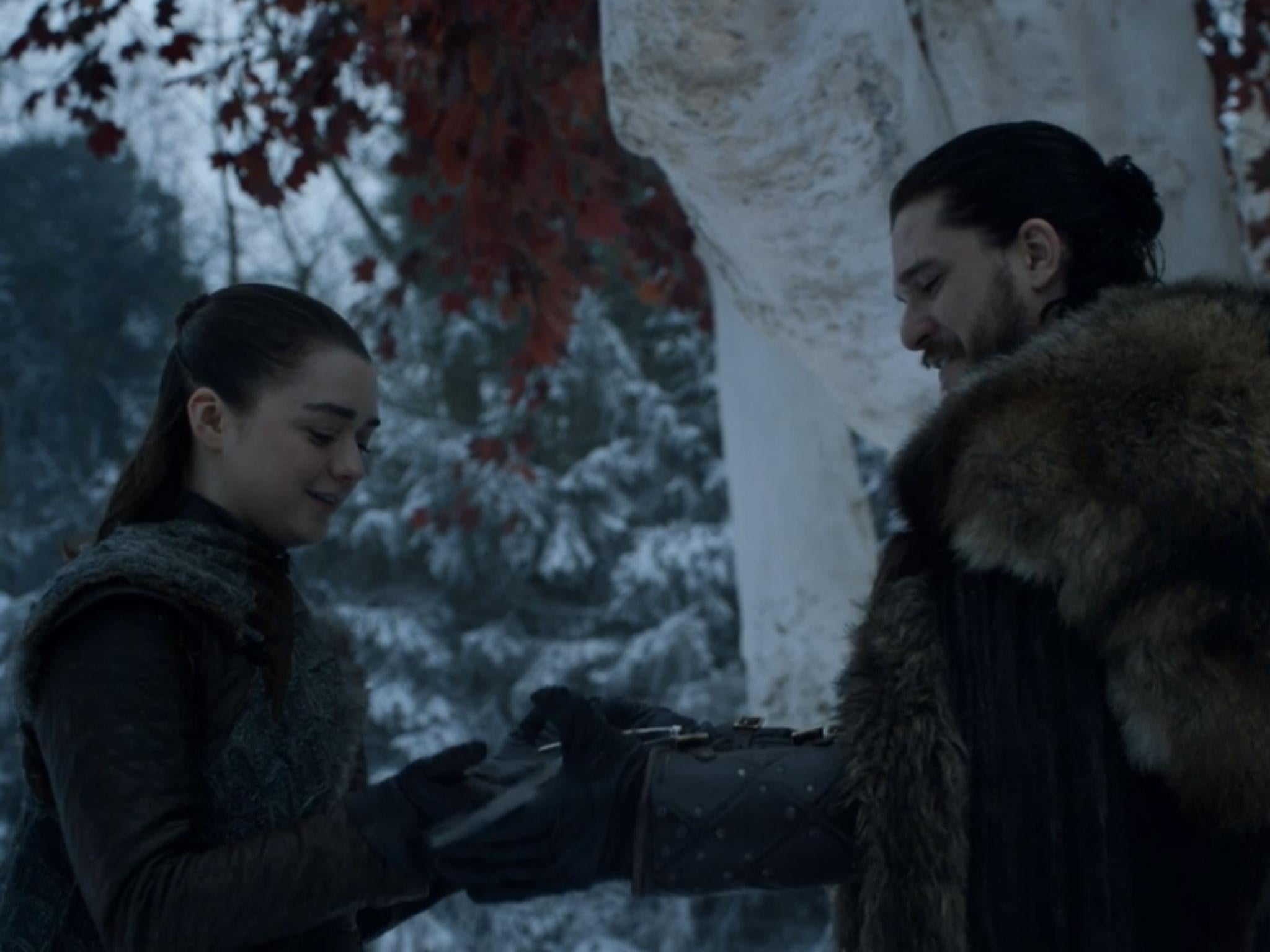 Game of Thrones season eight episode one doled out the reunions with many characters seeing each other for the first time in years.

With the number of locations featured in the show dwindled as it gears up for its climax, the HBO series is busy putting the players in place for what will be television’s biggest battle.

Many of episode one’s highlights came via scenes that saw characters come face-to-face with people that previously shaped their time on the show and it made viewers extremely nostalgic.

Below are the five biggest character reunions featured in the season eight premiere.

Jon Snow (Kit Harington) has quite a crowd waiting for him when he returns to Winterfell, this time with Daenerys (Emilia Clarke) in tow, and it marks the first time he’s seen Arya (Maisie Williams) and Bran (Isaac Hempstead-Wright) since season one. His encounter with Bran is quite obviously stunted considering Bran is now the Three-Eyed Raven, but his reunion with Arya – a moment fans have been waiting a long time for – didn’t disappoint. Upon showing him she’s still got her trusty weapon Needle, Jon asks her if she’s ever had to use it. “Once or twice,” Arya says.

Gendry (Joe Dempsie) is the character that helped Arya most following the death of her father and it’s astonishing to think the last time they saw one another was mere episodes before the infamous Red Wedding. The son of Robert Baratheon (Mark Addy), now hard at work in Winterfell crafting weapons ahead of the forthcoming battle with the Night King, sees Arya for the first time after he was kidnapped by Melisandre – and it seems their feelings for one another hasn’t changed a bit. “I always said you were just another rich girl,” Gendry tells her, referencing their last encounter when he tells “noblewoman” Arya their classes will always keep them apart.

Sansa (Sophie Turner) and Tyrion (Peter Dinklage) spent quite a large chunk of time with one another during the third season of the show after she finds herself betrothed to him at King’s Landing. Despite his status as a Lannister, she became quietly respectful of Tyrion after learning he’s a far cry from the likes of Cersei (Lena Headey) and Joffrey (Jack Gleeson) and the two form something of a bond until she flees after the former’s murdered at their wedding. Her escape throws suspicion onto Tyrion who spends a season evading death for his “crime” – and this moment is referenced in the season eight premiere as the two meet once again. It truly seems like an age ago.

Arya Stark and The Hound

Many of the highlights in the HBO show’s fourth season came courtesy of Arya and Sandor Clegane (Rory McCann), also known as The Hound. But their time together came to an end after the memorable duel between The Hound and Brienne of Tarth, which left the former looking worse for wear. Arya leaves him for dead, despite his pleas for her to kill him, and the pair come face to face in the season eight premiere for the first time since. “You’re a cold little bitch, aren’t you?” he says to her, adding: Guess that’s why you’re still alive.”

Last seen: Season one, episode one – ”Winter is Coming”

The closing moments of episode one brings things full circle for Jaime Lannister (Nikolaj Coster-Waldau), who returns to Winterfell for the first time since season one. He immediately spots Bran Stark, whom he pushed out of the window way back in episode one. No character has had a bigger evolution on the show than Jaime and this moment seems to hammer home that exact fact for him. As he looks at Bran, it’s easy to sense his regret over past actions. It looks like hes going to have a hard time convincing others of this going by the trailer for episode two.

The final season of Game of Thrones continues every Sunday.

You can find our extensive ranking of every episode – from the worst to best – below.

The show will be available on Sky Atlantic and NOW TV in the UK.