BEN STANSALL via Getty ImagesPlans to rapidly increase the number of new homes build are being threatened by underperforming systems, a report said. Government at all levels is “underperforming” on a pledge to build more new homes, an official audit has found. The Ministry of Housing, Communities & Local Government, the Whitehall department in charge 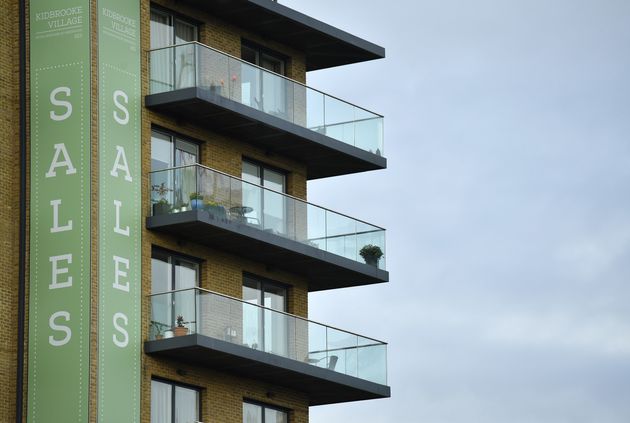 Plans to rapidly increase the number of new homes build are being threatened by underperforming systems, a report said.

Government at all levels is “underperforming” on a pledge to build more new homes, an official audit has found.

The Ministry of Housing, Communities & Local Government, the Whitehall department in charge of new homes, has done little to estimate the true cost of infrastructure needed to meet its targets, the National Audit Office (NAO) said.

But the lofty target is unlikely to be met unless ministers revise the way they determine how many new homes local authorities need, the NAO found.

Local councils, meanwhile, were found to be lagging behind on their legally-required plans for new builds.

As of December 2018, only 44% of local authorities had an up-to-date local plan setting out their strategies for meeting the need for new homes, the NAO said.

And rich developers could avoid contributing to the cost of new roads, schools and hospitals as systems designed to track costs do not currently work effectively, the watchdog added.

Amyas Morse, the head of the NAO, said today: “For many years, the supply of new homes has failed to meet demand.

“From the flawed method for assessing the number of homes required, to the failure to ensure developers contribute fairly for infrastructure, it is clear the planning system is not working well.

“The government needs to take this much more seriously and ensure its new planning policies bring about the change that is needed.”

Cllr Martin Tett, the LGA’s housing spokesperson, said: “Planning is not a barrier to housebuilding. Council planning departments are doing an incredible job with extremely limited resources, approving 9 out of ten applications, with the majority processed quickly.

“Councils are committed to ensuring homes are built where they are needed, are affordable, of high-quality and supported by adequate infrastructure and services, but it is vital that they have an oversight of local developments”

Housing minister Kit Malthouse said he “recognised the challenges” set out by the NAO.

“The simple truth is over the last three decades, governments of all stripes have built too few homes of all types,” he added.

“We are determined to build the homes this country needs, and planning plays a key role in our desire to build more, better, faster.

“We’re conducting independent reviews on build out rates and planning inquiries. And through multi-billion pound funding, planning reforms and giving councils the freedom to borrow more to build homes, we’re helping to make the housing market work for everyone.”