When Walmart wanted to launch its own version of packaged third-wave coffee, it sought out the Denver-based Boyer’s Coffee, run by brothers Douglass and Jason Barrow. The brothers traced this win back to a success it had more than 10 years prior that laid the groundwork for the partnership.

In 2005, both brothers worked for corporations — Jason for General Electric and Douglass for ING — and then got the entrepreneurial itch. With their mutual love of coffee, they purchased a roastery called Luna. Their first big success would come soon, but it wasn’t under their brand’s name — rather, they got a deal for a private label with Schwan’s, the frozen food giant.

Related: The Story Behind the Coffee Company That Fuels Google, Microsoft and Facebook

“We basically took our brand story of ethically sourced, socially responsible, roast order coffees and we applied it to a Schwan’s private label,” Jason said. “What that ended up doing for us was it brought our first million dollars of revenue in very early. Our strategy has always been to get into the C suite and influence top down.”

With that infusion, the Barrows were able to invest significantly into their business. 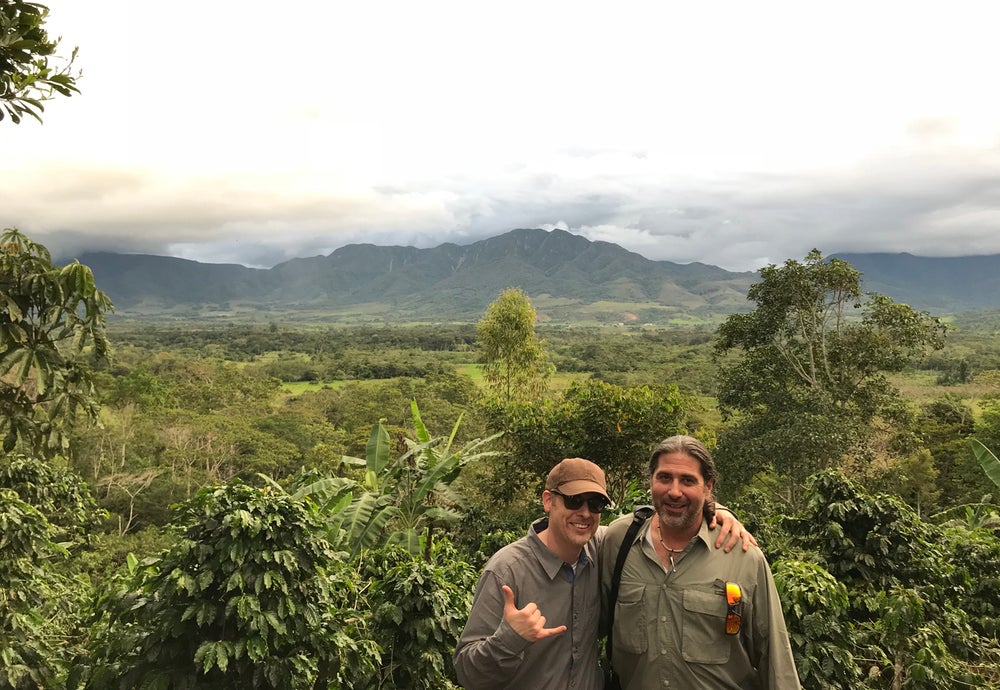 The brothers would expand their coffee empire, purchasing Boyer’s as well as Boulder Organic Coffee and online retailer Boca Java. Before the Walmart deal, their coffees had been sold in about 700 stores. Its footprint is now around 1,300 stores with the addition of Walmart.

“Having a strong brand as a small producer lets big companies look at you and say, ‘What you can do for me?'” Jason said. “It was incredibly important to think at the C-suite level in this case,” adding that they created the Walmart exclusive Mash-Up Coffee based on how the retailer would market a third-wave coffee to its consumer.

Related: How This Coffee Startup Rocketed to National Retail Within a Few Months of Its Launch

Mash-Up Coffee blends coffee beans from two countries, such as Colombia and Sumatra. Each bag features a QR code that customers can scan to learn ideal food pairings and preparation methods. That’s part of an effort, Douglass said, to make quality coffee more approachable for the average consumer. The brothers also want to educate customers about the origins of their cup of joe.

“The U.S. coffee consumer doesn’t really understand the plight of the farmer,” he said. “One of our big challenges is trying to tell that story and connect the dots between the people that spend a lifetime growing the beans and the people that grind it and brew a pot at home.”