How quickly could Iran build a nuclear bomb? In early 2003, a group of Iranian scientists began scouring the country on a secret quest for a place to dig an unusual tunnel. They searched Iran’s vast Lut desert until they finally found what seemed to be the right spot, a Mars-like dead zone regarded as one of the hottest and driest places on Earth. 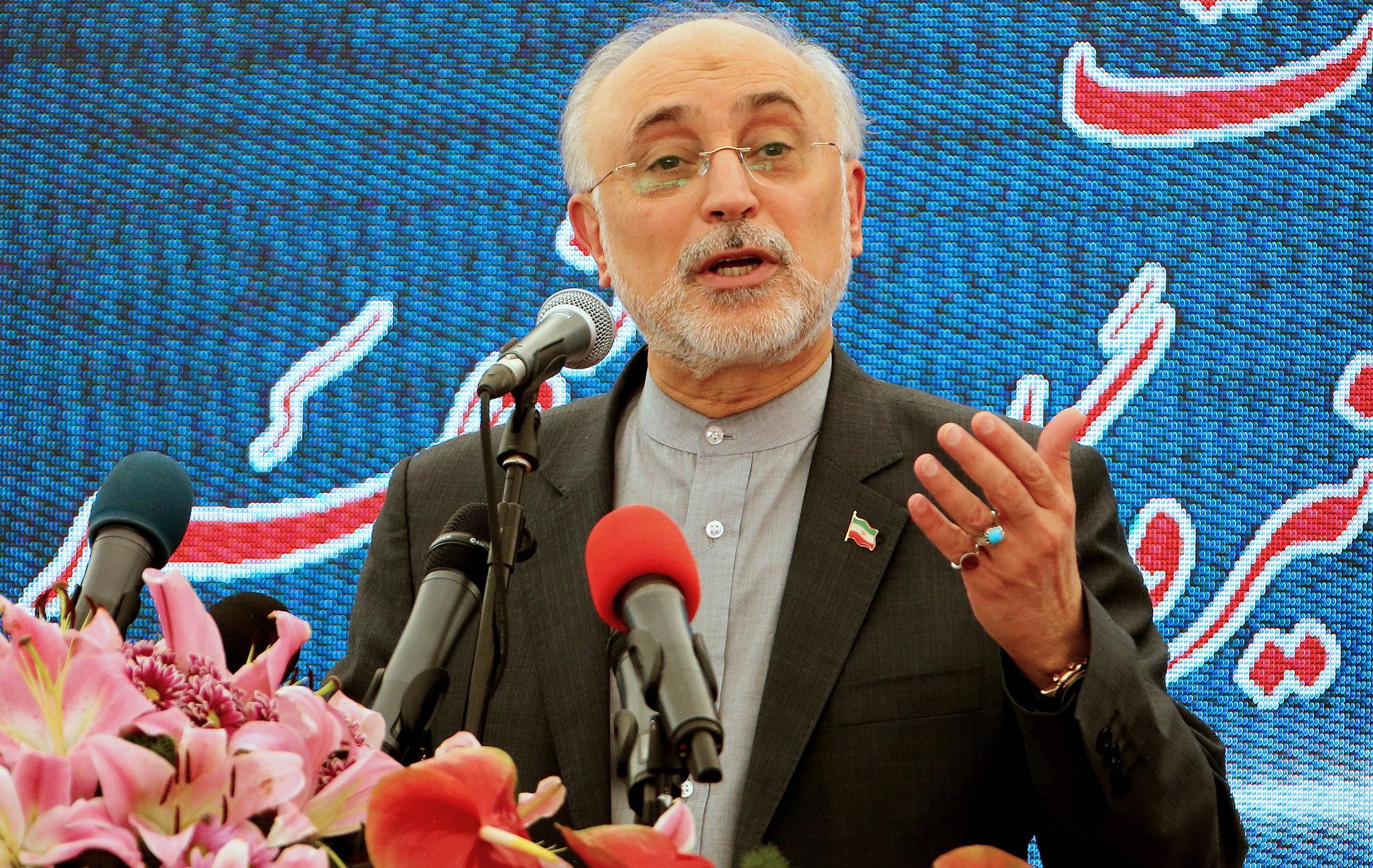 In early 2003, a group of Iranian scientists began scouring the country on a secret quest for a place to dig an unusual tunnel. They searched Iran’s vast Lut desert until they finally found what seemed to be the right spot, a Mars-like dead zone regarded as one of the hottest and driest places on Earth.

Conditions in this stretch of salty desert are so extreme that almost no animal or plant can survive there. But it was ideally suited for what Iran wanted – an underground chamber for the country’s first nuclear detonation. Photos and measurements were taken and then stashed away, to await the time when a bomb was nearly ready for testing.

The tunnel was never constructed, but 17 years later the images and surveys still exist, part of a recently unearthed trove of secret Iranian nuclear documents. The records, now being studied in major Western capitals, are drawing fresh attention as weapons experts seek to answer a suddenly timely question: how quickly could Iran build a nuclear bomb if it decided to do so?

Last week, the UN nuclear watchdog reported that Iran is accelerating its production of enriched uranium amid rising tensions over the Trump administration’s withdrawal from the 2015 Iran nuclear deal. The growing stockpile potentially gives Tehran a crucial ingredient for a future bomb – fissile uranium. And the long-hidden papers, stolen from Iran two years ago by Israeli spies, are offering new insight into how far Iran has already come in acquiring other critical components needed to build a nuclear weapon.

Newly released records from the document trove are testaments to the depth and scale of Iran’s past nuclear research, showing how Iranian scientists have raced to master key technical challenges. Summary reports show that Iranian officials were conducting scores of complex experiments across a network of secret laboratories while also seeking to answer practical questions, such as where in the country they could sink an underground shaft for a future nuclear test.

The results of that work are still available to Iran, giving it a head start in the event its leaders decide to make a dash towards becoming a nuclear-weapons state, say US and Middle Eastern weapons experts.

“In 2003, Iran had a nuclear weapon design and it was building things – doing the whole gamut of activities,” says David Albright, a nuclear-weapons analyst who has reviewed hundreds of pages of the documents while researching a book, preparing several draft analyses. “But are they truly ready to start producing a weapon? We still don’t know, but we may soon have to figure it out.”

Since the Trump administration’s unilateral withdrawal from the 2015 Iran nuclear deal, the Islamic republic has renounced many of the nuclear restrictions and limits it had accepted under the landmark international accord, including a 300kg cap on its stockpile of low-enriched uranium. A report issued last week by the International Atomic Energy Agency (IAEA) revealed that Iran has blown past those restrictions, amassing more than 1,020kg of low-enriched uranium and activating new centrifuge machines so it can produce even more nuclear fuel faster. Low-enriched uranium is used in nuclear power plants, but with additional processing it can be converted into highly enriched uranium for nuclear bombs.

With the bigger stockpile, Iran has dramatically shrunk its theoretical “breakout” time – the span of months it would need to acquire a bomb’s worth of weapons-grade uranium – to less than four months, according to some independent calculations. Under the 2015 agreement, Iran had disconnected most of its centrifuges, exported the bulk of its uranium and dismantled a nuclear reactor. US officials at the time estimated Iran’s breakout threshold at about a year. Iran also agreed to extensive international oversight to guard against cheating, and many analysts believed that a nuclear crisis had been averted until at least until 2030, when many of the provisions were due to expire.

That changed when US president Donald Trump, who repeatedly blasted the deal as shortsighted and a “disaster”, walked away from the accord and reimposed sanctions against Iran. Since then, Iran has quickly gone from having a modest stockpile of about 200kg of enriched uranium – far less than what is needed for a single nuclear device – to a large and growing mass of fuel that could soon allow it to make several bombs, if it decided to.

Supporters of the deal have criticised Trump for trying to scuttle an accord that, whatever its flaws, appeared to be working, as the president’s own advisers acknowledged in congressional testimony. But several of them also noted in interviews that Iran’s actions so far are reversible, and Iranian leaders appear to be more interested in sending signals than building weapons.

“To date, ​Iran’s steps have not been irretrievable – the Iranians have been relatively calibrated in their response,” says Robert Malley, president of the International Crisis Group and an adviser on Middle East policy in the Obama and Clinton administrations. “If you’re Iran right now, the tools you have in your arsenal are an ability to expand your nuclear arsenal, roil markets or threaten regional countries and the US presence within them. And if those are the tools they have, those will be the ones they will consider using in response to US pressure they view as tantamount to economic warfare.”

One of the architects of the 2015 deal, then-US energy secretary Ernest Moniz, says the Iranians have so far refrained from actions that would clearly signal an intention to make weapons, such as throwing out IAEA inspectors or withdrawing from the international Non-Proliferation Treaty.

“What’s very important is that the verification regime continues to confirm that they are not in ‘breakout mode’,” Moniz says, “which would mean going all out.”

The new disclosures from Iran’s nuclear archives are a portrait of what “all out” looks like. Since at least 2007, US intelligence agencies have known that Iran launched a covert programme called Project 110 – part of a bigger initiative known as the AMAD plan – in the late 1990s with the goal of quickly building up to five nuclear bombs.

US officials believe that Iranian leaders suspended the programme shortly after the US invasion of neighbouring Iraq in 2003. But the trove of nuclear documents, stolen from a Tehran warehouse by Israeli operatives in 2018, have provided an enormous amount of new details about the abandoned nuclear project, showing how Iranian agencies and laboratories worked feverishly to master critical technologies and skills on a highly compressed schedule.

The documents, consisting of tens of thousands of printed pages and computer disks, were shared with the Vienna-based IAEA, the United States and several other governments. IAEA officials confirmed in interviews that they are continuing to dig through the records and that they have confronted Iranian officials about several alleged research programmes and facilities that were previously unknown.

“We take information very seriously, but we don’t take it at face value,” Rafael Grossi, the newly appointed IAEA chief, said in an interview in Washington last month. Grossi cited a “very painstaking, meticulous effort” to verify the credibility of the information.

The documents show how Iranian nuclear researchers worked in tandem to try to solve several complex technical challenges in building a weapon. One of Albright’s summaries shows how Iran conducted nearly 200 tests over a span of seven months, mostly aimed at mastering physics problems related to constructing an array of explosive charges around a core of uranium metal. With precision timing, the explosions cause the uranium core to implode, triggering a nuclear chain reaction.

According to a spreadsheet prepared by Project 110 supervisors, an average of 32 tests were conducted each month, a surprising figure indicating “more tests than previously known publicly,” Albright and coauthor Sarah Burkhard wrote in one of the analyses.

Other documents show Iranians researching uranium metallurgy and warhead designs and also conducting computer simulations of nuclear explosions – systematically tackling each of the “key bottlenecks” on the difficult path towards a weapon, Albright says.

A separate batch of records details Iran’s efforts to find a prospective site for the underground test chamber. It was known that Iran had looked at five potential sites, but new documents suggest that Iran’s scientists had settled on a likely location – the Dasht-e Lut in southeastern Iran, near the Afghan border.

The documents show that Iranian officials were gathering geological and water-table data and taking photos of sites in the desert where they could potentially sink a shaft deep into the ground for weapons testing.

The hellish Lut desert is one of the hottest places on the planet. Satellites passing overhead have recorded temperatures on the sandy surface of up to 70C, or hotter than a well-cooked steak. The forbidding climate means the desert is reliably empty – and thus ideal as a nuclear test site.

It’s unclear from the documents how much of the testing equipment and components Iran managed to preserve after the programme was shelved. At least some of the nearly two-decade-old materials and facilities would have to be recreated or reengineered, but Albright says other aspects of Project 110 almost certainly survived intact and are probably warehoused somewhere in the country.

“Any valuable equipment – explosives chambers, [ultra-high-speed] cameras – they would have been preserved and probably moved someplace else,” Albright says. “Whether they’re ready to move [into new tests] is something that now has to be factored in. It enriches the discussion of how quickly they could take weapons-grade uranium and turn it into a nuclear weapon.”

Obtaining answers from Tehran appears unlikely. Iran has never acknowledged its previous efforts to build a bomb, and in recent months it has blocked IAEA inspectors from visiting three sites identified in the document trove, according to an agency report this week. Olli Heinonen, a former top IAEA official who led inspections of Iran’s facilities in the early 2000s, says Tehran must open up its facilities and fully explain its past work if it wants to avoid suspicions that it is doing more than adding to its uranium stockpile.

“After 17 years, the IAEA has not been able to conclude that Iran is in compliance with its safeguards agreement,” Heinonen says. “This is not good news.”