“I have a winning temperament. She has a bad temperament,” Donald Trump said in 2016 on the campaign trail. But for someone with such a good temperament, the President of the United States sure has a lot of temper tantrums.  Whenever anyone says something he doesn’t like, he proceeds to meltdown — often on Twitter 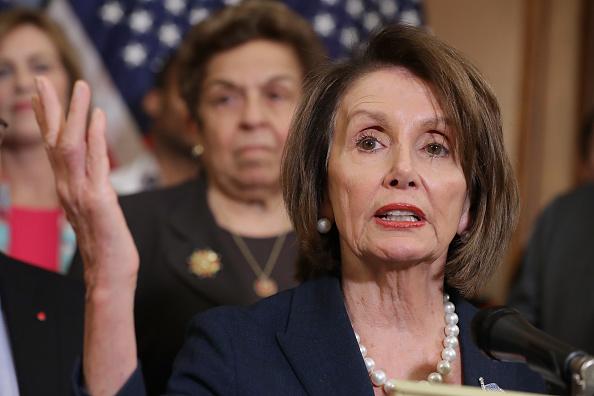 “I have a winning temperament. She has a bad temperament,” Donald Trump said in 2016 on the campaign trail. But for someone with such a good temperament, the President of the United States sure has a lot of temper tantrums.  Whenever anyone says something he doesn’t like, he proceeds to meltdown — often on Twitter but sometimes during a press events, including during an apparently impromptu presser yesterday in the White House’s rose garden. Shouldn’t the “leader of the free world” try to keep it together?

Yesterday the President did a lot of wacky stuff. He stormed out of an infrastructure meeting with Democratic Speaker of the House Nancy Pelosi and other Democrats after three minutes, but not before saying that he wouldn’t legislate until the investigations into his presidency ended.  He then wandered into the rose garden for an “unplanned presser” where he stood at a podium that somehow featured anti-Mueller graphics including the usual “no collusion, no obstruction” in big blue type and said the following: “Instead of walking in happily into a meeting, I walk in to look at people that have just said that I was doing a cover-up. I don’t do cover-ups.”

This was followed by the President’s loyal pearl-wearing press secretary attacking Democrats for hurting the president’s feelings and again claiming that the rose garden talk, the one with the graphics and the handouts, was completely impromptu.

Then there was the weird bust-up between presidential adviser Kellyanne Conway and Nancy Pelosi, where Conway accused Pelosi of treating her like “her maid” and being “not very pro-woman”.

I’m not sure how Trump knew Nancy Pelosi said he was “part of a cover-up” prior to the infrastructure meeting, but I assume they showed the clip on Fox News because he saw it and it enraged him enough to set off waves in the White House. Or maybe it didn’t.

It’s possible that the President was using the “engaged in a cover-up” line as an excuse to avoid a meeting he wasn’t prepared for anyway. This is what Speaker Pelosi said today at her own press conference, warning that his supposed meltdown was actually just another distraction from incompetence.  As proof, Pelosi cited a letter that Trump sent the night before the meeting, saying, “Trump warned in a letter that night that he would do an infrastructure deal only if Congress first passed the new North American free trade agreement he negotiated with Mexico and Canada.”

As with many things in Trumpworld, it’s extremely hard to separate the truth from the strange Trumpy cover story but either way there’s something extremely bizarre about a White House that uses the President’s bad temperament as an excuse for things it’s incapable of or uninterested in doing.

Historically, this White House employs theatrics like fights and meltdowns to distract from other things.  And boy, are there a lot of things that Trumpworld might want to distract from.

There’s the President’s taxes — which seem like they’re going to be released soonish — and there’s the sixth immigrant child that died in Trump’s border fiasco. There’s Bill Barr’s refusal to let Congress see the unredacted Mueller report, and then there’s Justin Amash, the Republican Congressman who just called for Trump’s impeachment.

Whatever they’re doing in the White House, the sad truth is we either have a president who is controlled by his varying temper or we have a president who uses his moods as an excuse not to do things. It’s completely irrelevant which it is, because both are terrible and strange and disturbing. What matters is that the American people are now faced with two equally reprehensible eventualities: that their president is a thin-skinned child who cares only for his own moods and nothing else; or that their president is a guy pretending to be a thin-skinned child who only cares for his own moods and nothing else.