Iran president insists he will not meet Trump for nuclear talks

Iranian president Hassan Rouhani has said he will not take part in bilateral talks with Donald Trump. Last week Mr Rouhani said that would meet anyone if it served the national interest of his country – hinting at a meeting with the US president but without mentioning Trump’s name. However, that statement did not play 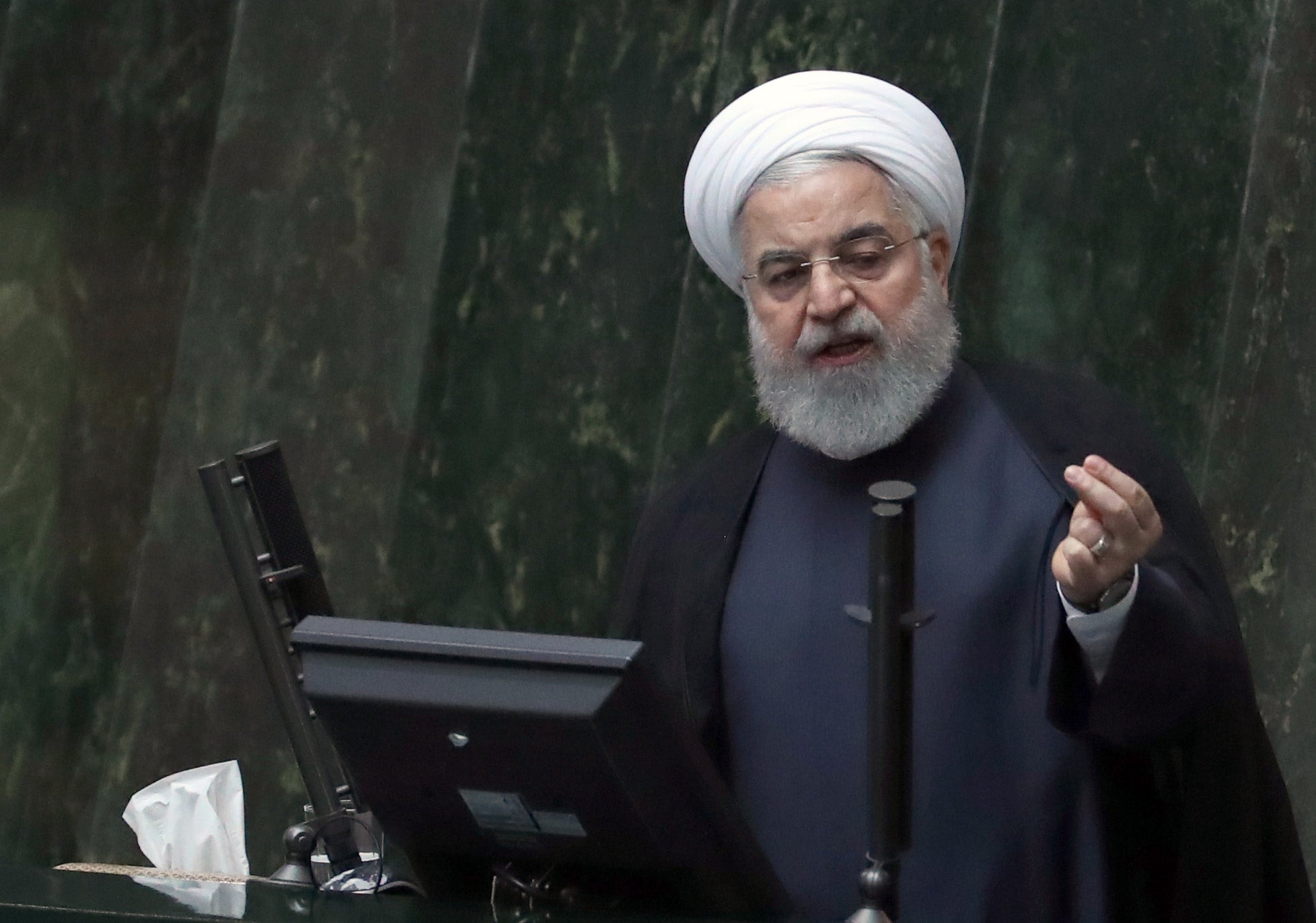 Iranian president Hassan Rouhani has said he will not take part in bilateral talks with Donald Trump. Last week Mr Rouhani said that would meet anyone if it served the national interest of his country – hinting at a meeting with the US president but without mentioning Trump’s name. However, that statement did not play well among hardline factions in Iran, sparking a political backlash.

Speaking in Tehran, Mr Rouhani insisted that no contact with Mr Trump would take place.

He said: “There has been a lot of offers for talks but our answer will always be negative. If America lifts all the sanctions then like before it can join multilateral talks between Tehran and parties to the 2015 deal.” Mr Rouhani also stated that Iran’s policies and political direction are determined by the Supreme Leader, Ayatollah Ali Khamenei, putting the ball in the Leader’s court.

Although the Supreme Leader did not publicly comment on Mr Rouhani’s suggestion of meeting the US president, hardline factions close to Ayatollah Khamenei republished a video of him from last year in which he said there could be no meetings between the Iranian president and Mr Trump. In that video, Khamenei even warned his country’s foreign minister, Javad Zarif, to not take such a meeting.

Mr Rouhani’s change of tone within a week signals that chances of him having a public meeting and a photo-op with Mr Trump at the United Nations in New York has diminished, as the annual assembly of world leaders is fast approaching. The Trump administration has also recently put sanctions on Iran’s foreign minister which could potentially limit Mr Zarif’s travel to New York.

Last year Mr Trump unilaterally pulled America out of the 2015 JCPOA nuclear deal with Iran, calling it the “worst deal ever”. Iran recently reacted by slowly violating limits of the deal and stepping up its nuclear programme, which it has always insisted is peaceful and concerned with generating power and scientific research.

European powers have been trying to preserve the deal, with French efforts to mediate between Washington and Tehran moving further this week.

On Monday France reportedly offered Iran a $15 billion line of credit to allow it to sell its oil, in exchange for Tehran scaling back its nuclear program to the limits of the 2015 agreement. Since Mr Trump reinstated oil sanctions against Iran, the country’s exports have dramatically decreased and Tehran has been struggling to prevent a major loss.

Farrokh Negahdar, a former Iranian opposition leader who lives in exile in London, told The Independent that two important decisions had been made over the last few months in Tehran. First, he says, Iranians have arrived at the conclusion that they should not line themselves up with the Democratic party in the US. “Democrats might be interested in Trump’s failure in sitting down with Iranian partners. Iran should act independently upon its own needs or national interests,” Mr Negahdar said. Secondly, Iranians hope to rely on, or even widen, the gap between President Trump and his national security adviser, John Bolton.

Jon B Wolfsthal, senior advisor at Global Zero and former senior director at the National Security Council in the Obama administration, told The Independent “the US and Iran need to engage to avoid conflict and see if a deal to prevent a nuclear Iran is possible”. On the other hand, “Trump has no chance of being focused, detailed, or principled enough to get a good deal. I fear Iran will be North Korea but worse. With North Korea, Trump has undermined any effort to roll back Kim’s nuclear and missile programmes. But with Iran, Trump may accept a deal that he can sell as progress but leaves Iran even closer to a nuclear capability,” Mr Wolfsthal added.

Meanwhile the US has taken further steps against Tehran, imposing sanctions on its civilian space agency and two research organisations that the US says are being used for Iran’s ballistic missile program. Mike Pompeo, the US secretary of state, said that last week’s failed attempt to test a space launch vehicle underscored “the urgency of the threat” the program represents. He added: “The United States will not allow Iran to use its space launch program as cover to advance its ballistic missile programmes.”

Last week Mr Trump tweeted a photo of the satellite launch pad in Iran, claiming the US had no involvement in the failure of the launch. Iran’s Minister of Technology then responded on twitter saying the satellite is doing well. He later posted a selfie of himself with the satellite named “Nahid 1”.