Is Sparkling Water A Good Choice?

When it comes to beverages, I try to stick with filtered water since it’s the best way to stay hydrated. But once in a while I crave something different. I have an arsenal of healthy beverages to choose from, including sparkling water. But not all sparkling water is healthy! Here’s what you need to know 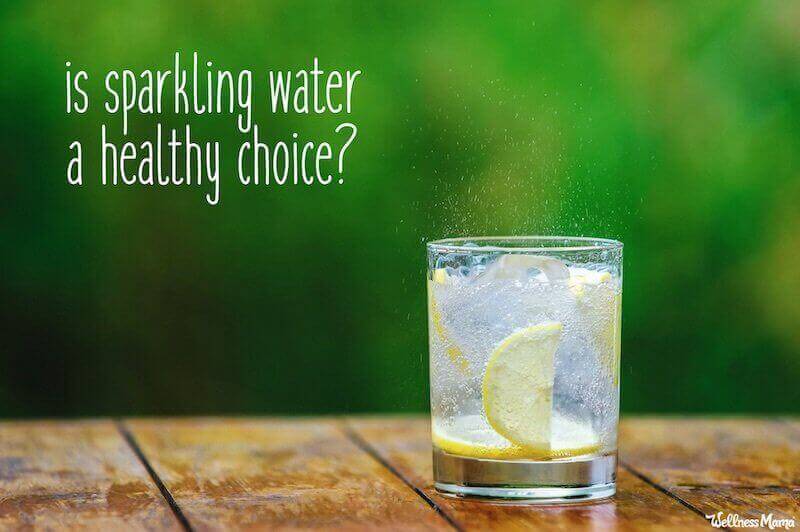 When it comes to beverages, I try to stick with filtered water since it’s the best way to stay hydrated. But once in a while I crave something different. I have an arsenal of healthy beverages to choose from, including sparkling water. But not all sparkling water is healthy! Here’s what you need to know about this beverage.

What Is Sparkling Water?

Sparkling water is water that is infused with carbon dioxide either naturally or during production. The carbon dioxide in it turns to carbonic acid. This reaction is what causes the fizzy sensation on the tongue.

Drinking carbonated water isn’t exactly new but dates back to the eighteenth century. Mineral water was found in natural springs and has been used for health reasons since it was discovered. First, it was used to bathe in, but it didn’t take long for people to see if ingesting it created even more health benefits.

Sparkling water was also known as seltzer, named after the location of one of these springs in Niederselters, Germany. But today, we use the term seltzer for man-made carbonated water. Another kind of carbonated water is club soda which is carbonated water with added minerals like sodium bicarbonate, sodium citrate, potassium sulfate, and disodium phosphate. We will use sparkling water and seltzer interchangeably for the rest of this post.

While it seems fairly benign, this carbonated beverage actually has some health benefits (and cautions) to consider…

Not many people would argue with the fact that seltzer water is healthier than soda (regular and diet). Seltzer doesn’t contain any sugar or artificial sweeteners (though they are sometimes snuck into seltzer-like beverages). When you want a bubbly beverage, seltzer water is always a better choice than soda.

This sparkling beverage can also help with digestive issues. Many people find that a bubbly drink helps with an upset stomach from illness or indigestion as well as motion sickness (or morning sickness!). Science supports this anecdotal evidence as well. Researchers found that sparkling water helped improve indigestion, gall bladder emptying, and constipation.

Sparkling mineral water (unlike seltzer water) contains necessary minerals including magnesium, a mineral most of us don’t get enough of. Minerals help the body stay hydrated as well as perform many necessary functions.

What About Flavored Seltzer?

Other than the fact that one is flavored and one is not (obviously!) there are a few differences. Flavored seltzer contains natural (and possibly artificial) flavoring which are both highly processed and devoid of nutrition.

As Mark Schatzker explains in an interview with Food Babe, even naturally derived flavoring should be avoided because it tricks the body into thinking there is nutrition where there isn’t. The flavor is derived from the combination of nutrients in a food and that flavor tells our bodies what is in the food that the body might need. That’s what true cravings are about — needing a certain nutrient. But when we eat or drink flavorings, we don’t get that nutrition.

Flavored seltzer also often contains citric acid. Citric acid as well as other flavorings can make the beverage more acidic (more on that below). Additionally, flavored seltzer can contain added sugar and artificial sweeteners (so always check the ingredients).

Can Sparkling Water Make Me Fat?

Because there are no calories in it (and no artificial sweeteners, which may also cause weight gain) the answer is generally no. However, there is some evidence, as discussed by in this New York Post article, that suggests that the fizziness of this beverage can cause an empty feeling in the stomach and trigger hunger hormones.

On the other hand, another study published in the Journal of Nutritional Science and Vitaminology found that among a group of healthy young women, drinking carbonated water helped them feel fuller in the short term.

The takeaway to me is that we should be aware of how carbonated water makes us feel and drink it (or not) based on that.

Can It Harm My Teeth?

There’s some concern that sparkling water or seltzer can harm tooth enamel because of the slightly higher acidity of this beverage over plain water. However, for unflavored varieties, the evidence doesn’t support this.

Bottom line: Unflavored seltzer is not harmful to tooth enamel. Flavored seltzer is probably not as harmful as soda on the teeth, but to err on the side of caution, stick with unflavored. Also use a remineralizing toothpaste and dental care routine to protect teeth.

All of the science points to sparkling water being as hydrating as flat water. Mineral water contains electrolyte minerals that also help with hydration.

Some points to consider though… Seltzer doesn’t have the minerals that sparkling mineral water does and can cause an imbalance of electrolytes. Vary the types of water you drink.

Another caution is that since sparkling water and seltzer cause a full feeling, you might not drink as much water as you need for hydration. Keep an eye on how you feel when you drink sparkling water and drink additional regular water (preferably filtered!) if you feel like you aren’t hydrated enough.

If sparkling water isn’t for you, or you’d just like to mix it up once in a while, here is a list of my favorite healthy beverages. Bonus, these fermented drinks are low in sugar and contain lots of healthy probiotics!

Also, non-fermented drinks with a little extra sweetness to them:

Pure filtered water is always my go-to beverage, but when I or the kids want something a little different we’ll make one of the above drinks.

Carbonated Water Verdict: Mix It Up!

Ok, don’t literally mix it up, but for the most part, this is a good guideline. Sparkling water is a healthy beverage to drink if you:

If you follow these guidelines, you can have tasty sparkling beverages without worrying about your health!

Do you drink sparkling water? Do you think it affects your health (good or bad)?