Ladies Day at the Cheltenham Festival gets underway Bright and beautiful! Glamorous racegoers shake off coronavirus fears as they arrive for Cheltenham Festival Ladies’ Day in their finest frocks and feathered hats Glamorous racegoers have pulled out all the fashion stops for Ladies’ Day at the Cheltenham Festival today The four-day meet kicked off yesterday and culminates in the Gold Cup on Friday

Bright and beautiful! Glamorous racegoers shake off coronavirus fears as they arrive for Cheltenham Festival Ladies’ Day in their finest frocks and feathered hats

By Stephanie Linning For Mailonline

Glamorous racegoers pulled out all the fashion stops as they turned out for Ladies’ Day at Cheltenham Festival.

Women dressed to the nines in vibrant dresses, standout coats and feathered hats turned heads as they arrived at Cheltenham Racecourse for the second day of the four-day meet.

ITV presenter Charlotte Hawkins and TV personality Vogue Williams were among the celebrities who brought star power to proceedings this morning.

Mike Tindall was also seen striding into the grounds, following an appearance yesterday with his wife Zara and mother-in-law Princess Anne. Estranged royal couple Peter and Autumn Phillips were also spotted in the stands.

The festival, which kicked off in style yesterday, is going ahead despite calls for it to be cancelled amid coronavirus concerns.

Yesterday some 60,664 spectators took in the action, down roughly 7,000, or 10 per cent, on for the same day last year. However organisers said they were pleased with the turnout given the circumstances.

Making a statement: Feathered hats were a popular choice as racegoers arrived for Ladies’ Day at Cheltenham today 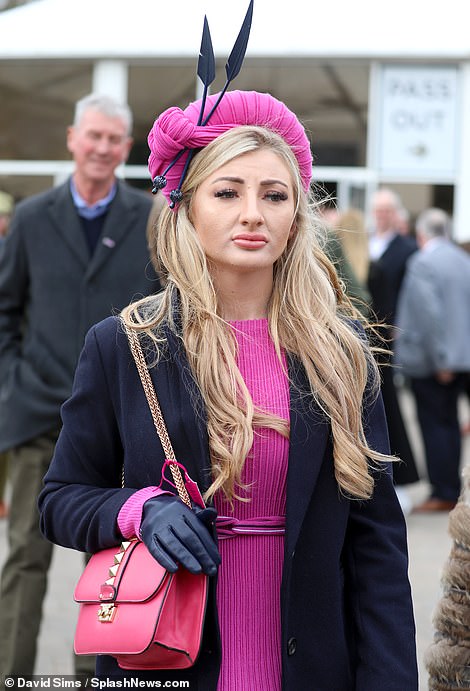 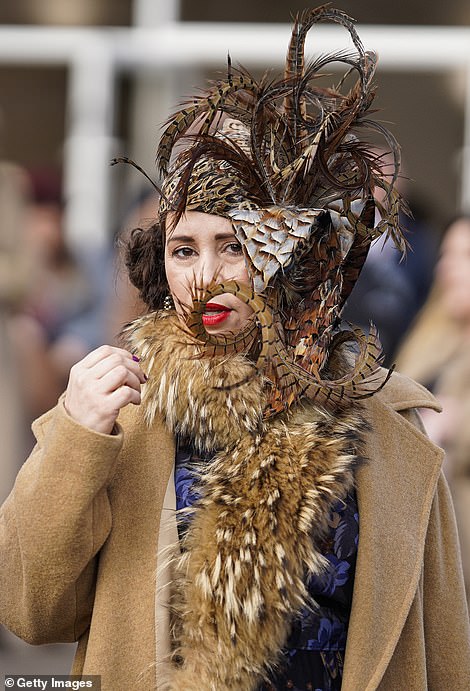 Hats off to them! A fuchsia hat, left, and an extravagant feathered creation, right, made sure these women stood out 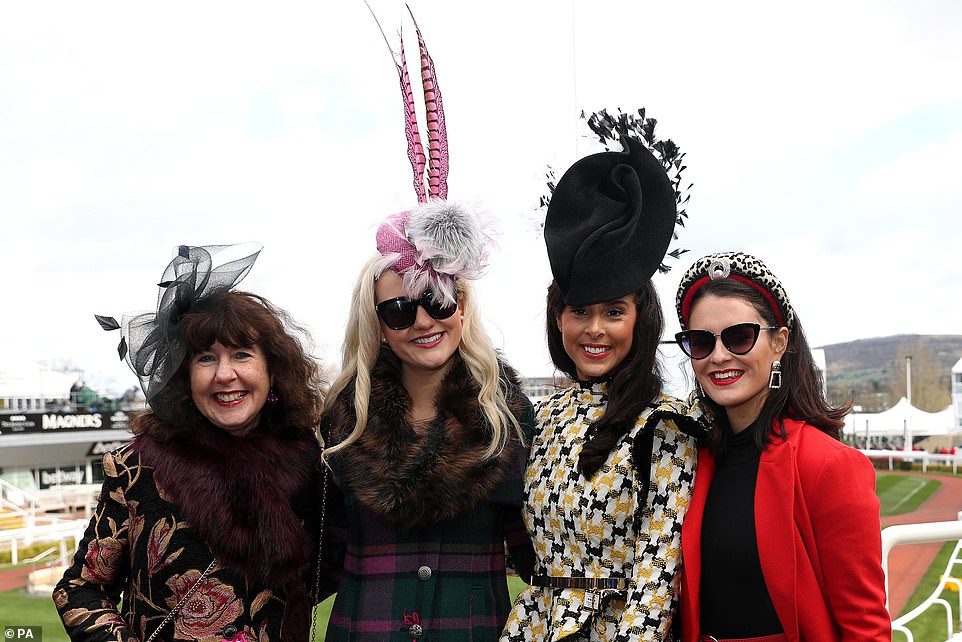 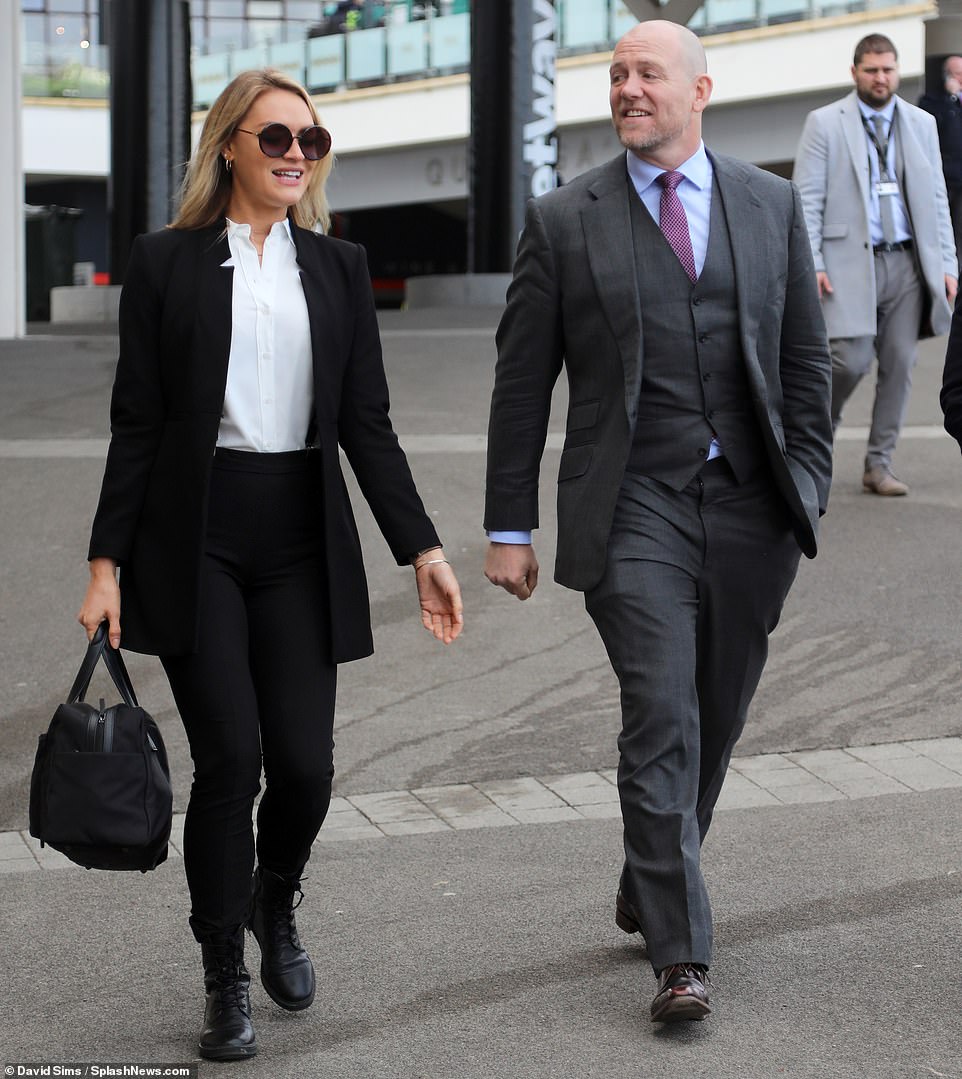 Royal racing fan: Mike Tindall appeared in good spirits as he arrived to Cheltenham Racecourse without his wife Zara 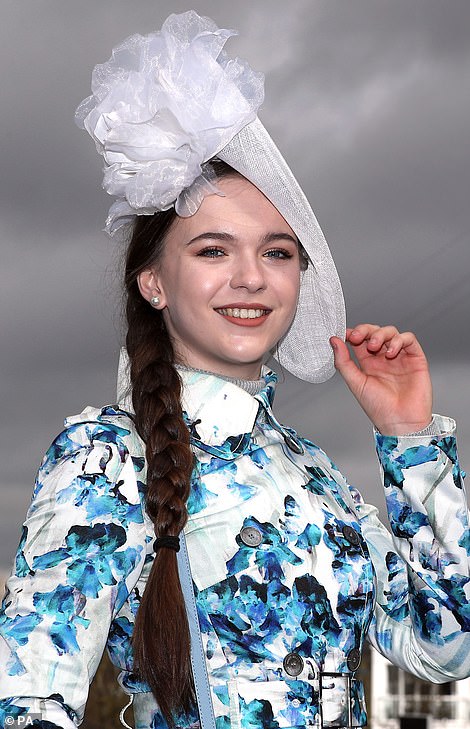 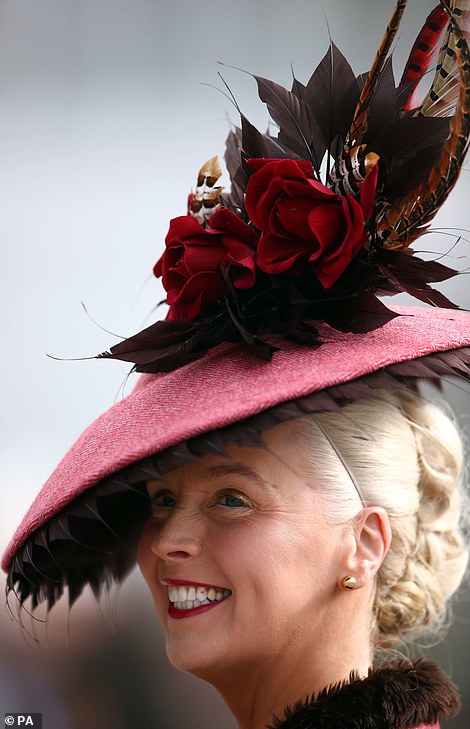 Statement accessory: Hats are the perfect way to finish off any outfit for Cheltenham, as these women prove 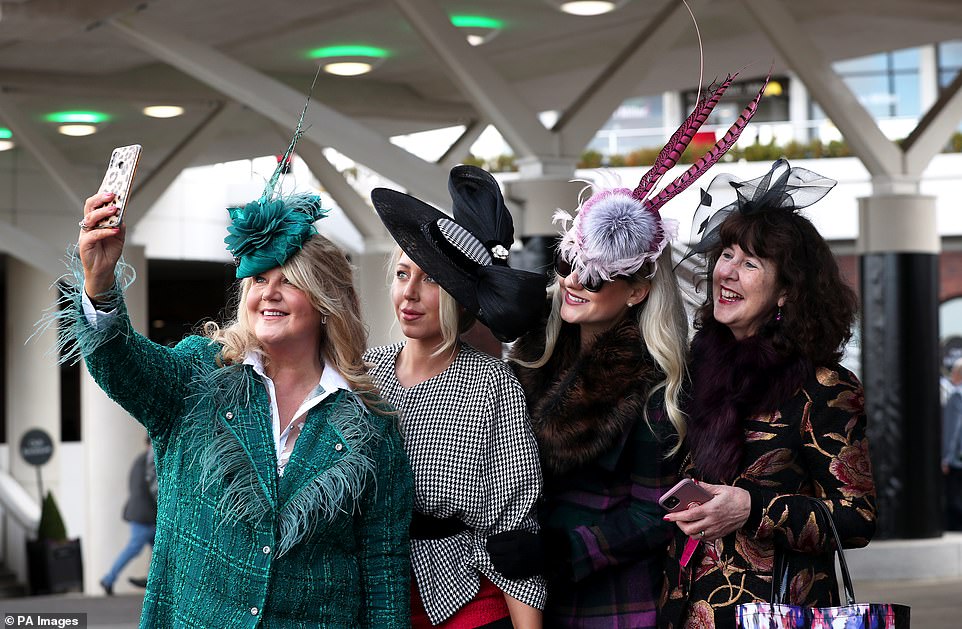 But first, let us take a selfie! It’s time for a quick snap as a group of women arrive for Ladies’ Day at the Cheltenham Festival 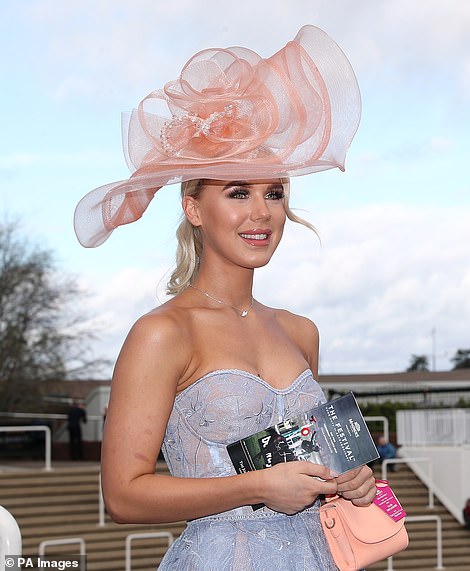 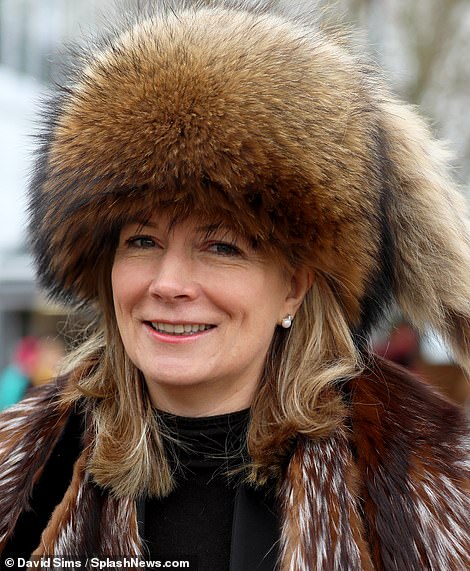 Braving the cold! One woman looked ready for spring in pastel colours, left. Another wrapped up in a fur ensemble, right 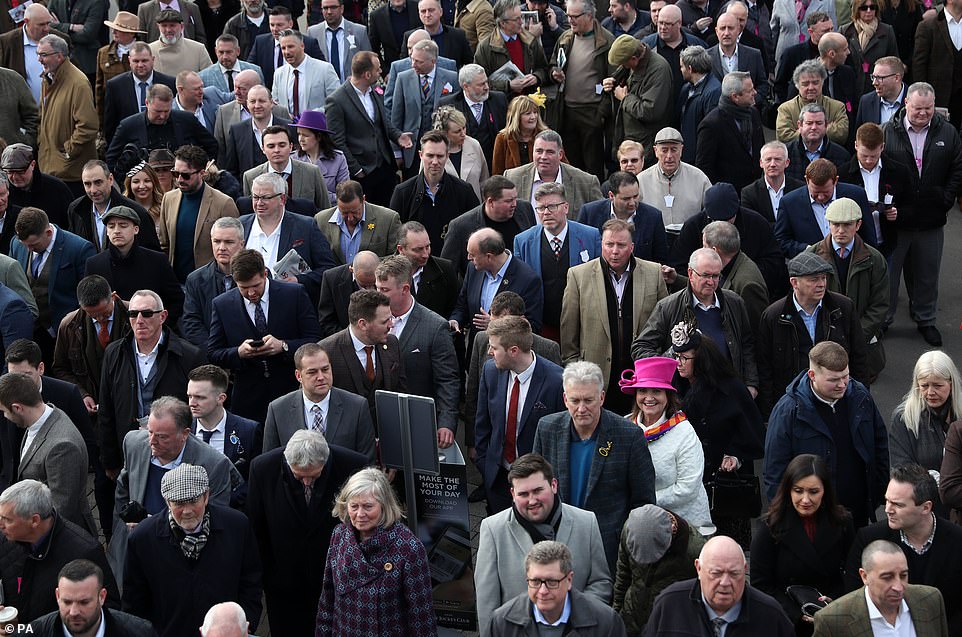 Still turning out: Hundreds of people queued outside Cheltenham Racecourse this morning despite coronavirus fears

Concerns have been raised over why the meet is still going ahead held as the killer virus claimed its sixth UK victim yesterday with 382 recorded cases across the country.

The death comes after leading experts today warned Britain may be heading straight for a coronavirus crisis like the one which has crippled Italy.

Social media users have questioned the decision by Cheltenham organisers to go ahead, and why they didn’t follow the lead of other European countries in postponing sporting events in the battle to contain the spread.

Racing chiefs say they have increased the numbers of wash basins and hand santiser stations, and told how they have been liaising closely with the government as it prepares to welcome more than 260,000 fans over the four days.

Big-race jockeys are said to have been briefed by staff at the course as to the importance of hygiene and also recognising any potential symptoms.