A 20-year-old man has been charged with murdering a police officer as he investigated a burglary in the Berkshire countryside. Jed Foster, of Reading, was today charged with the murder of PC Andrew Harper as he responded to a burglary and was dragged underneath a van in Sulhamstead on Thursday night.   PC Harper, 28, had

A 20-year-old man has been charged with murdering a police officer as he investigated a burglary in the Berkshire countryside.

Jed Foster, of Reading, was today charged with the murder of PC Andrew Harper as he responded to a burglary and was dragged underneath a van in Sulhamstead on Thursday night.

PC Harper, 28, had married his fiancee Lissie just four weeks ago and the pair were due to go on honeymoon in the coming days.

Tonight his widow paid tribute to ‘the kindest, loveliest, most selfless person you will ever meet’, adding: ‘My darling boy I do not know how I will be able to survive without you.’

Earlier today his colleagues from Thames Valley Police broke down in tears as they laid flowers in his memory at the scene of his murder. 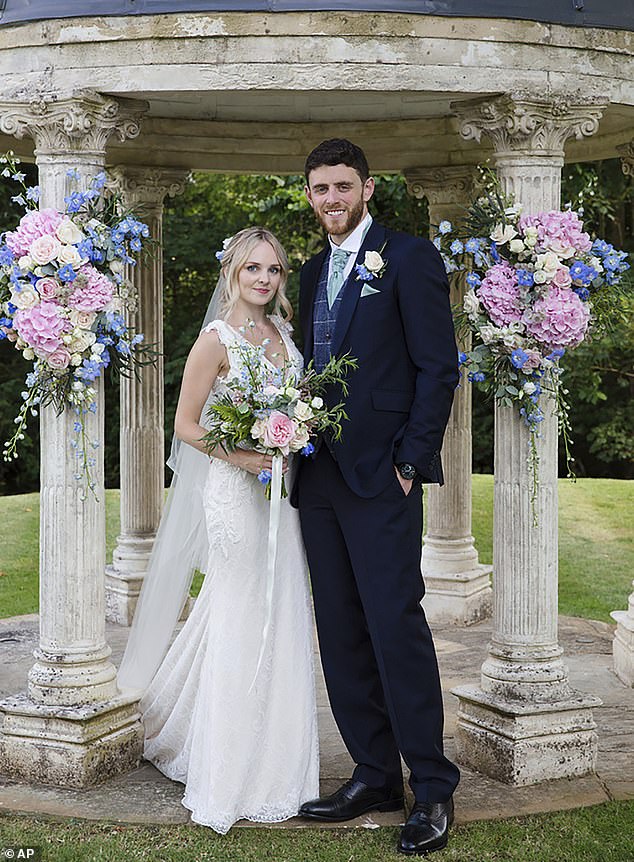 Newlywed PC Andrew Harper only married his fiancée Lissie at a lavish ceremony at Ardington House in Oxfordshire on July 18, and they were due to go on honeymoon together next week 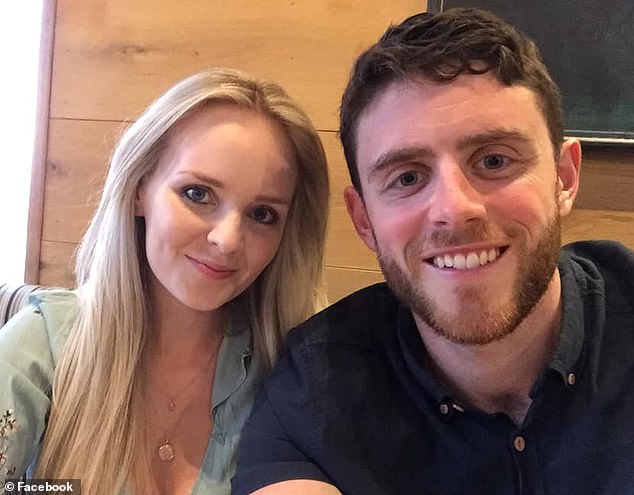 Ten suspects were arrested on suspicion of murder at a nearby caravan park in Burghfield Common, Berkshire, within an hour of PC Harper’s death

Nine have been released on bail until September. Foster will appear at Reading Magistrates Court tomorrow morning, where he is also charged with stealing a quad bike on the same day.

There has been a huge outpouring of grief from his colleagues and police officers across the nation since the young policeman’s death.

Meanwhile donations for his family, including widow Lissie, have already soared past £120,000.

The crowdfunding page, set up by the Thames Valley Police Federation, reads: ‘We confront danger on a daily basis. We know there is a risk when we put on the uniform but we do so as we are proud to protect the public.

‘Sadly, on very rare and horrendous occasions, a colleague makes the ultimate sacrifice. We will ensure that heroism is never forgotten.’

Pictures show PC Harper and his new wife beaming at their lavish wedding ceremony at Ardington House, a Georgian manor in the Oxfordshire countryside.

Today she released a heartbreaking tribute to him, which says: ‘To my best friend,

‘The kindest, loveliest, most selfless person you will ever meet. You were brave, funny, and always there for anyone who needed it.

‘There is not enough paper in the world to even begin to write a tribute for you, but no one deserves it more. 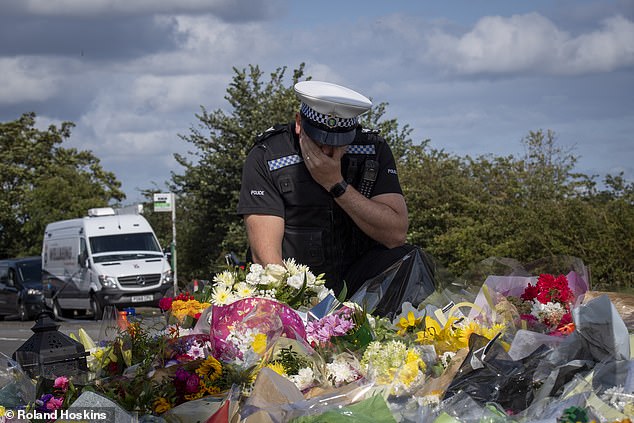 ‘We had so many plans for the future, you wanted to do it all. My darling boy I do not know how I will be able to survive without you.

‘Anyone who was lucky enough to meet you, whether they knew you as Andrew, Andy, Uncle Mann, Harps or PC Harper … to everyone you are a hero. 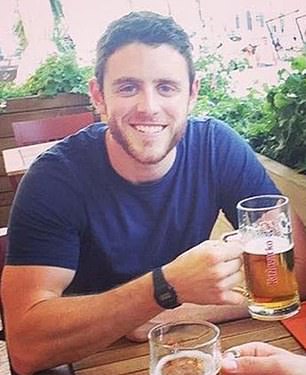 ‘You had the best sense of humour and never took life too seriously. You treasured every moment and always had a smile on your face.

‘I want to be angry that your job took you away from us but I know you loved it and always wanted to keep everyone safe, especially me.

‘You went the extra mile whenever you could and genuinely cared for everyone.

‘The lights have dimmed on all of our lives now that you are no longer here, but it’s no surprise that even when you’re gone, you’re still keeping us all going, knowing that you would tell us to carry on and stay strong.

‘I can’t begin to imagine a life without your silly jokes, size 14 feet, large appetite, big hugs, Sunday roasts, and never faltering positive attitude. You kept me going if I was down and took care of us all until the last.

‘Even now I can still hear you nagging me to brush my teeth, get dressed and eat something. We are all feeling so very lost without you but we are trying to be as brave as you were.

‘You have so, so many friends my love and everyone loves you. The messages, support, and kind words about you have been overwhelming and I can’t thank everyone enough for that. 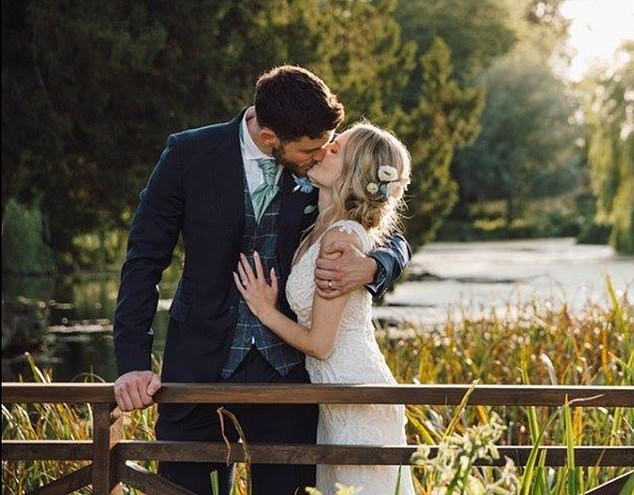 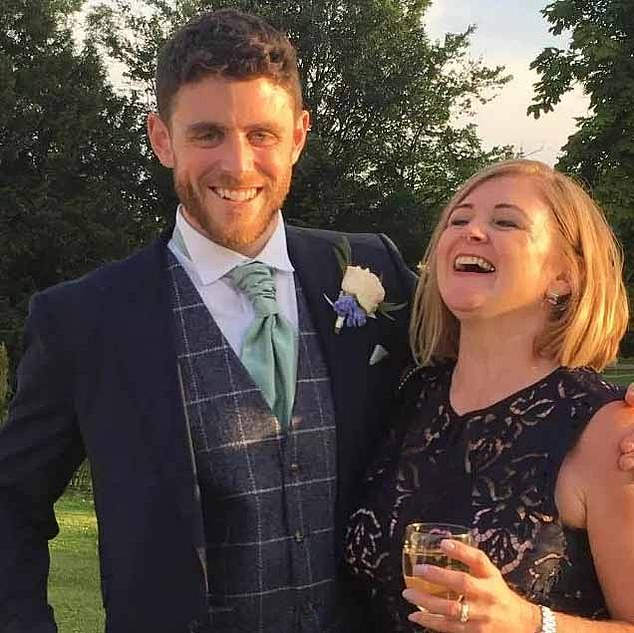 PC Harper is pictured left with his mother Deborah right 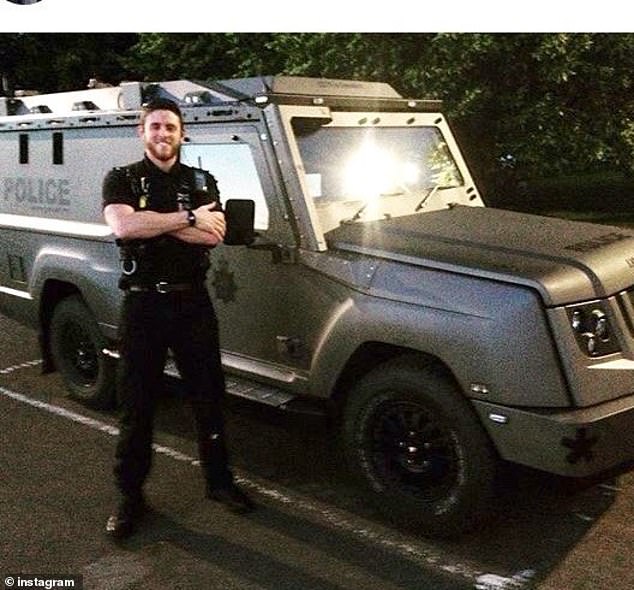 PC Harper is pictured on duty before his death in Sulhamstead, Berkshire, on Thursday

‘You loved music, movies, travel, every animal in the world, messing around with our brothers, and chilling out with our sisters. You loved our families, every single one.

‘You loved to go on adventures and find new places to explore. If there was a mountain to climb, you’d be there at the top.

‘Bike rides and long walks, you loved it all. Never still, never down, so full of life.

‘You could fix absolutely anything and always took time to offer help to family, friends and neighbours. A pillar of strength to everyone you met.

‘My heart is broken without you my sweetheart but my god I feel so lucky that it was me you chose to share your amazing life with.

‘You have imprinted so much love and laughter onto all of our lives and we are honoured for that.

‘Although we were married for only 28 days before you were cruelly taken away from me, my husband you were perfect. I will never ever stop loving you and I feel so grateful for the happiest thirteen years of my life. 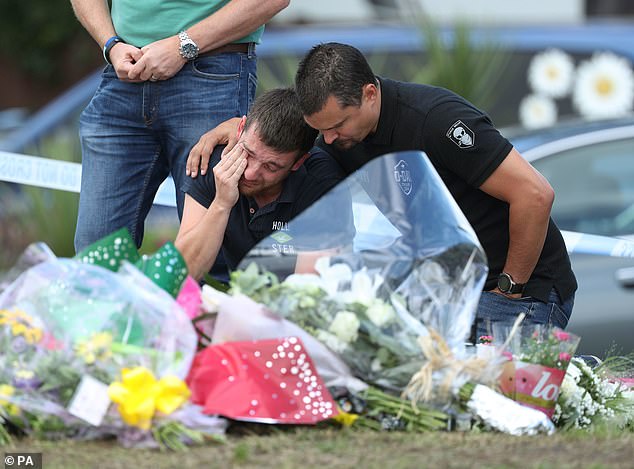 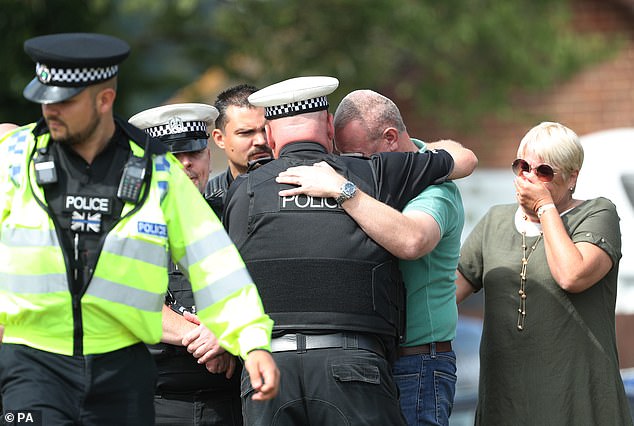 ‘Our superman, our bodyguard, our light in the dark. My god we will miss you. Forever you will be remembered as the best of us.

‘I will carry your love with me always. Your loving wife, Lissie x’

Chief Crown Prosecutor Jaswant Narwal, said of the murder charge: ‘Following the death of PC Harper in Berkshire, the Crown Prosecution Service has today authorised Thames Valley Police to charge Jed Foster, 20, with murder and the theft of a quad bike.

‘We will offer to meet with PC Harper’s family to explain the basis of the decision we have made following a lengthy review of the evidence available.

‘May I remind all concerned that criminal proceedings against Mr Foster are now active and that he has a right to a fair trial.

‘It is extremely important that there should be no reporting, commentary or sharing of information online which could in any way prejudice these proceedings.’ 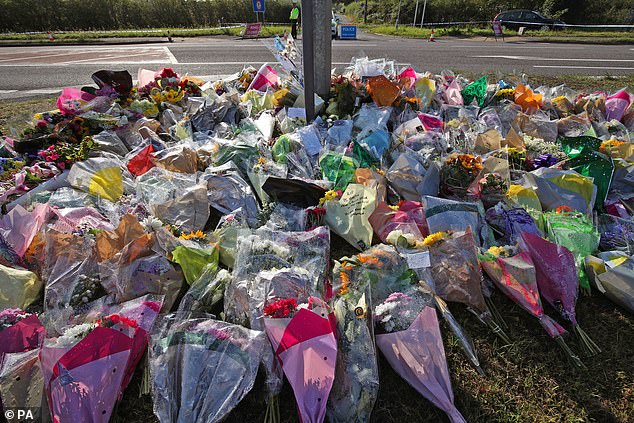 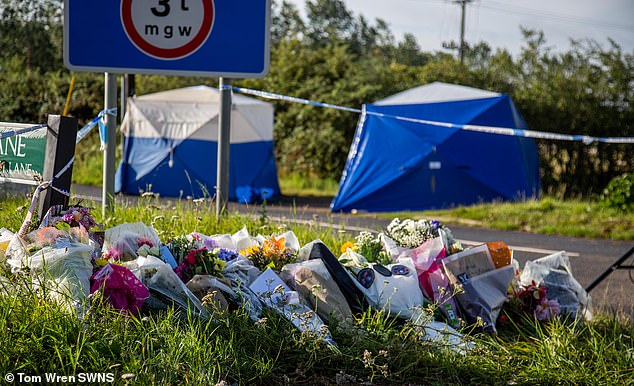 More floral tributes are pictured in front of the police cordon in Sulhamstead, Berkshire