Mauricio Pochettino sacked: Why time finally ran out at Tottenham

As Tottenham Hotspur’s England contingent got back to London early Monday morning, word was already going around that Mauricio Pochettino was on the brink. Whatsapp threads were hopping. The phones of other influential football figures were similarly buzzing. Spurs were already sounding out candidates. This is why the timing of this decision isn’t quite as 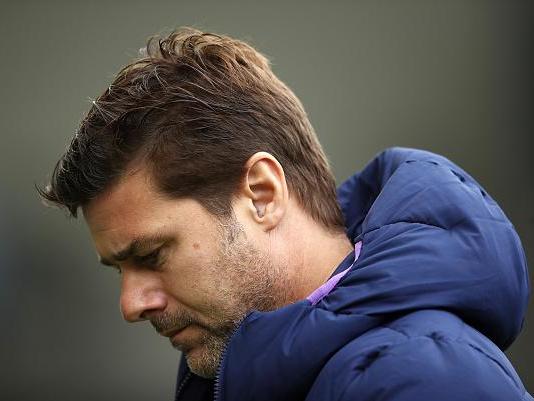 As Tottenham Hotspur’s England contingent got back to London early Monday morning, word was already going around that Mauricio Pochettino was on the brink. Whatsapp threads were hopping. The phones of other influential football figures were similarly buzzing. Spurs were already sounding out candidates.

This is why the timing of this decision isn’t quite as shocking as it first seems. You admittedly only have to look at this year’s domestic results to realise that, as Spurs intimated in their Tuesday evening statement, this bad form is not a blip. It is much deeper and longer than that.

Spurs have just 25 points from their last 24 games, going back to February. That is relegation form, for a run of games that represents almost two-thirds of a season. It was unsustainable. Something had to give.

Pochettino, however, was unwilling to personally make the decision to give up his job. It is understood that in the course of one of a few increasingly tense meetings with chairman Daniel Levy over the last week, the possibility of a resignation was discussed. Pochettino rejected that, which eventually led to this, and Tuesday night’s sacking. It is still a little difficult to get your head around, given how well everything was going not so long ago.

It is timing – or, rather, time – that is what this is all about in a much bigger sense.

The fundamental problem with Spurs and reason for this ruinous form is that it’s all gone stale. This team has been together too long. They’re too used to the manager. He just couldn’t have the same effect on them, especially as they are themselves that bit much older and demanding.

Pochettino, for his part, was well aware of this. And not just recently. He wanted to start properly renovating the team as long ago as 2017-18, but the restrictions of the club’s economics meant that was almost impossible.

A typical problem – as almost summed up by the Danny Rose situation – was Spurs wanting a high price for any sale and nothing thereby happening. It was almost a false economy in the sense that there was more value to just getting rid of an unwanted player. The failure to do that has resulted in this stale, lopsided squad, and this situation.

Much of this is said to have come to a head this month. Pochettino realised a proper rebuilding job was required for him to persist, and that it might mean a period of transition. A further point of tension was the reality Spurs would have sell to buy.

Levy and the hierarchy, however, are not so willing to indulge a period of transition. They feel the squad is good enough right now. They feel the club should still be qualifying for the Champions League this season.

Some sources would argue the club need to qualify for the Champions League this season. They point to the cost of the stadium, and how revenues are someway based on repeatedly reaching the sport’s elite competition.

The word “panic” has been used in some quarters. Others are using the word “ambition”. That Spurs now need to have the most exacting standards.

Regardless of which is true, either situation proves how much Pochettino has transformed the club.

He has been a victim of his own success in that way, if also a victim of one of the eternal standards of football.

Pochettino has helped Spurs grow to such a profile and financial status that the right football business decision was to get rid of him, but it wasn’t necessarily the right football decision. There aren’t too many managers like the Argentine about. There’s an argument Spurs won’t be able to appoint anyone similar, since Max Allegri is one manager who doesn’t feel they have sufficient status. It does put a lot of pressure on Levy to make the right decision now. It is also why there was some hesitation to this decision, and why Pochettino should have been afforded the chance to rebuild.

The pressures of being the profile of club he has made them, however, effectively made that impossible. There is no longer the space to rebuild. They couldn’t change so much, so they had to change the manager.

This despite the fact higher-profile players – like Giovani Lo Celso – wanted to join the club because of him. This was the charisma of Pochettino. This is the effect of that breakthrough moment of a Champions League final, even if it proved a last stand rather than a new start at a higher level.

It still can’t be overlooked that Pochettino changed the entire mentality of the club. He didn’t win a trophy, no, but he made them challenge for silverware that would never have been capable of. There is an even an argument they were the best club in England over the period from 2015 to 2017… but were undone by freak runs by Leicester City and Chelsea in that time.

He ultimately broke barriers himself. He drastically overachieved with the resources available, regularly defying richer clubs.

But that always had a breaking point of its own. It was never indefinitely sustainable. The balance was too difficult to constantly strike, without big investment or big change. That wasn’t coming, and so we have reached that breaking point.

That was how some of the players felt. They think Pochettino is one of the best managers they’ve worked for, but similarly found the regime relentless. They’d had too much. He needed to change too much. This is why even Real Madrid went cool, having heard that the Argentine is better suited to younger, hungrier players.

It is still not like he’ll be short on offers. Like Jurgen Klopp after leaving Borussia Dortmund, he’ll soon be one of the most in-demand managers in the game.

It’s just one of football’s curiosities how it’s come to this. The expectation long ago was that he’d leave Spurs due to an exclusive offer from an elite club, in a painful decision for everyone. The opposite has happened. Spurs have been forced to discard him, because of their own expectations as an elite club.

Pochettino has been the main force in making them that. And it is ironically one big reason why he’s now out of a job.