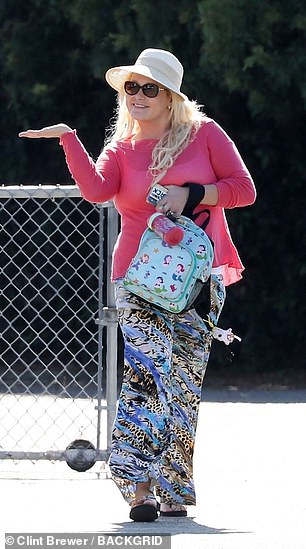 Jennifer Arcuri spotted running errands close to her Los Angeles home. She has denied having an affair with Boris Johnson

Jennifer Arcuri has denied claims she had an affair with Boris Johnson, and boasted that men ‘fall in love with me in about 10 minutes.’

The entrepreneur insisted yesterday that she was just friends with Mr Johnson while he served as Mayor of London.

Miss Arcuri received thousands of pounds in grants for her projects and went on a number of trade mission with Mr Johnson.

In an expletive-laden rant the businesswoman said rumours of a fling with Mr Johnson were ‘bull****’ and that men ‘go insane around me.’

She told the Daily Mirror: ‘Men just trip over ­themselves in front of me.

‘They fall in love with me in about 10 minutes… because I know what to say. I make men trip over their d***s.

Boris Johnson did visit her home in Shoreditch admitted Miss Arcuri, but she maintained their relationship was purely platonic.

She said: ‘If I was banging the dude and there was some kind of, like trail or sex tape, but there’s nothing. 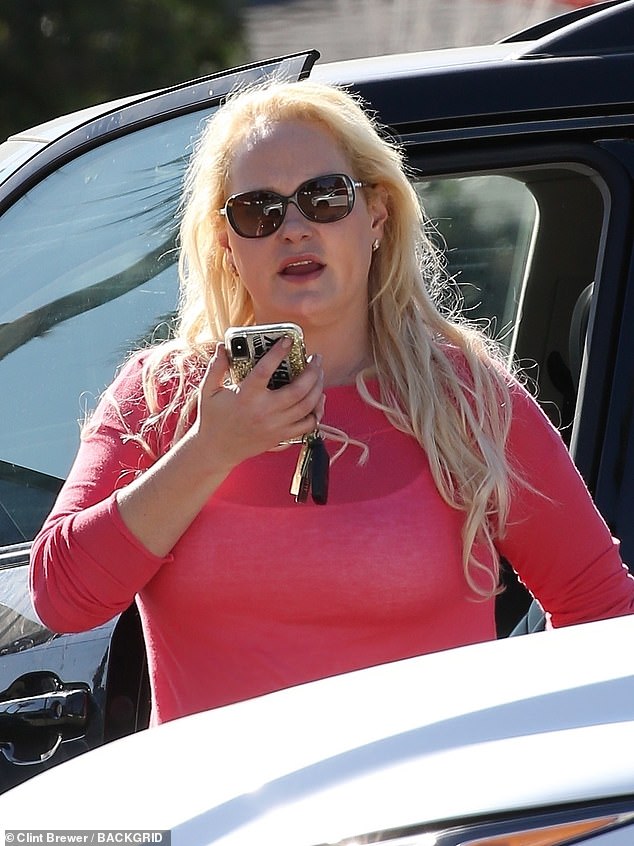 The entrepreneur, pictured on the phone while running errands in Los Angeles, insisted yesterday that she was just friends with Mr Johnson while he served as Mayor of London

‘There is a human side of my very complex relationship. This is not a Monica Lewinsky.’

Following the allegations about the relationship between Miss Arcuri and Mr Johnson the police watchdog has been asked to look into whether she received special treatment.

The Department for Culture Media and Sport is now investigating its £100,000 grant to one of her firms.

Boris Johnson has faced allegations about his relationship with the pole-dancing tech entrepreneur, amid claims she enjoyed preferential treatment while he was Mayor of London. 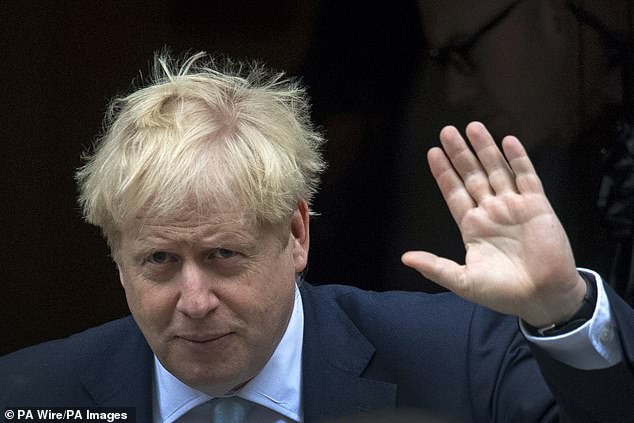 Boris Johnson has faced allegations about his relationship with the pole-dancing tech entrepreneur, amid claims she enjoyed preferential treatment while he was Mayor of London

Between 2012 and 2015 she was ‘very close’ to Mr Johnson, who would visit her Shoreditch flat – which had a dancing pole– for private ‘technology lessons’.

Mr Johnson has repeatedly stonewalled questions on whether he had a sexual relationship with Miss Arcuri, and has denied he gave her preferential treatment while he was Mayor of London.

Speaking to the Mail 11 days after the scandal emerged, she insisted: ‘I’m being used as collateral. All the allegations are false.’

She said: ”I’m being used as collateral. All the allegations are false.’

Miss Arcuri, 34, said she had ‘every right’ to go on overseas trade missions with married Mr Johnson when he was London mayor.

After lying low for a week, she was seen for the first time in a beauty salon run by a friend, close to her Los Angeles home.

Spotted as she tried on various products, she was asked for her reaction to the claims which include that she had an extramarital affair with Mr Johnson, 55.

Miss Arcuri dodged the question and instead issued a stinging attack on suggestions Mr Johnson had done her favours by getting her on UK trade missions and smoothing the path to public grants.

She told the Mail: ‘I had every right to be on those trips as a legitimate businesswoman and stand by everything that happened because these allegations are completely false.

‘This is an orchestrated attack on me, absolutely. Someone has gone to great lengths to put together a massive attack and I stand by the legitimacy of my business. I am in fact a legitimate businesswoman.’

Asked how she wanted to respond to ‘the recent allegations in the news’, Miss Arcuri said ‘all allegations are false’.

Speaking as she sat next to her friend Jeannie Lorin, who runs the Beauty Society salon, Miss Arcuri added: ‘It’s such a shame to see successful businesswomen, or just businesswomen in general, be persecuted.’

She added: ‘One of the things I’ve been surprised with is how much support there has been for me, despite these allegations, because women see through these attacks and they know the narrative.’