Presidential candidate Michael Bloomberg is being criticised for telling bankers he would have defended them as president in a leaked audio from a private Goldman Sachs event in 2016. At the event, Mr Bloomberg first described the audience as his “peeps”, and said that had he run for president that year, his “first campaign platform” would 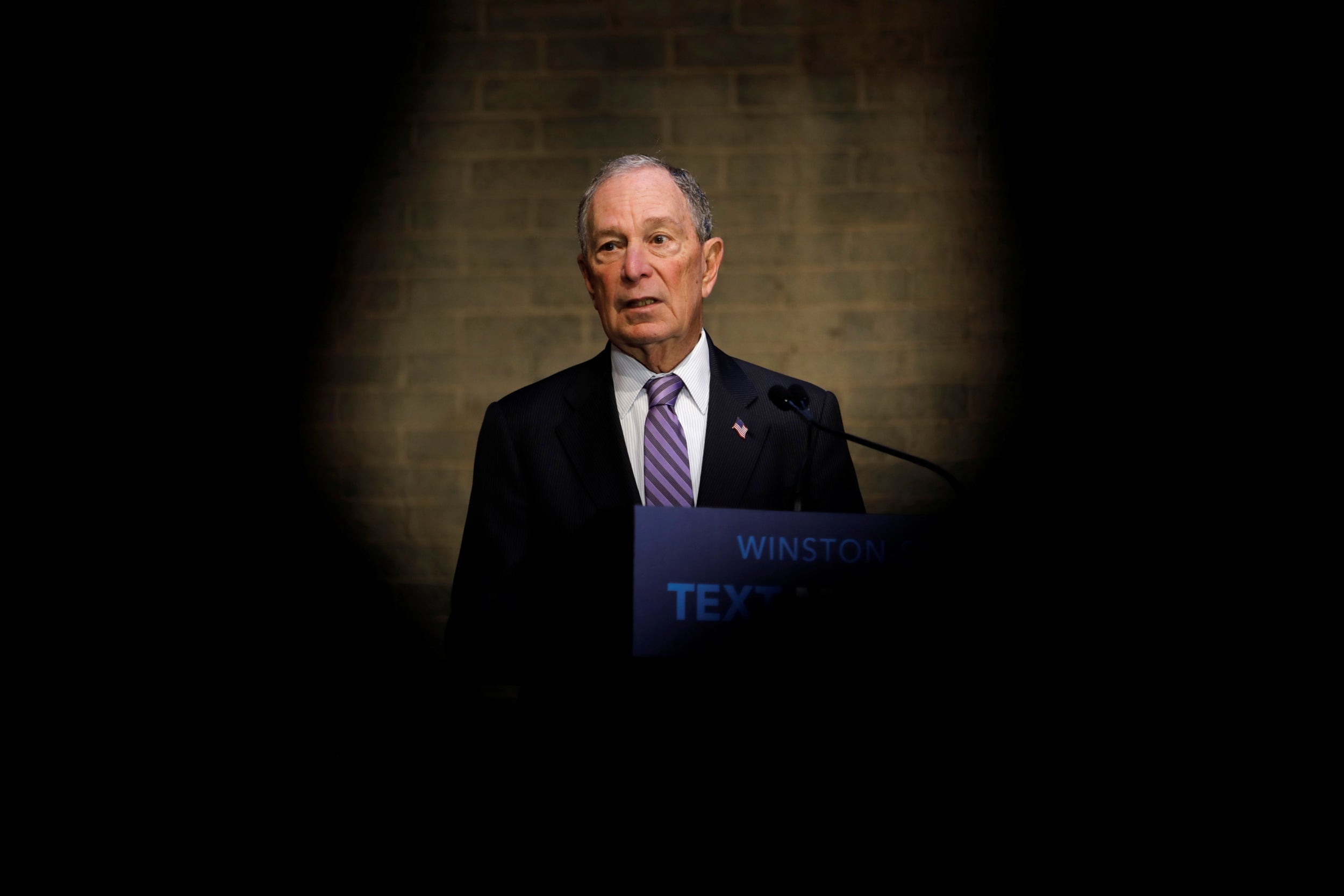 Presidential candidate Michael Bloomberg is being criticised for telling bankers he would have defended them as president in a leaked audio from a private Goldman Sachs event in 2016.

At the event, Mr Bloomberg first described the audience as his “peeps”, and said that had he run for president that year, his “first campaign platform” would have been “to defend the banks.”

But, he added, “you know how well that’s gonna go down in this country”.

Mr Bloomberg then defended the banks more seriously: “Somebody’s gotta stand up and do what we need. A healthy banking system that’s going to take risks because that’s what creates the jobs for everybody. And nobody’s willing to say that.”

The audio was uploaded to hosting platform Soundcloud and sent to CNN and several journalists. The sender used the email address and username “CancelGoldman”, and claimed to have worked at Goldman Sachs for 14 years.

The Bloomberg campaign has confirmed that the audio is real. In an email to CNN, spokesperson Stu Loeser said that much of what Mr Bloomberg said was in jest, and that his remarks were of an analytical standard almost unheard of in current politics.

“What you hear in these remarks are a combination of jokes and detailed explanations of ways to make our government better that are far beyond what the current occupant of the Oval Office could read, let alone think.”

Besides his defence of banks, Mr Bloomberg also raised the alarm about income inequality, warning his audience that “anytime we’ve had this before, society blows up and they do set up the guillotines, and the guillotines don’t have to be chop your head off.

“They could be confiscatory taxes, they could be seizing the endowments of uh, educational institutions and um, philanthropic organizations, all of which those proposals are out there.”

Asked about the rise of the radical right both in the US and around the world, Mr Bloomberg said the progressive left is also “scary” – citing current candidate Elizabeth Warren as an example.

“The left is arising. The progressive movement is just as scary,” he says in the tape. “Elizabeth Warren on one side. And whoever you want to pick on the Republicans on the right side?”

Ms Warren recently tore into Mr Bloomberg when he appeared at his first Democratic debate, citing his history of sexist remarks and saying that “Democrats take a huge risk if we just substitute one arrogant billionaire for another”.

Mr Bloomberg has been criticised for the amount he is spending on his presidential campaign, which is now running into the hundreds of millions of dollars – all drawn from his vast personal fortune.

While he has used that money to flood upcoming primaries with advertising and hire hundreds of staffers, recent polling from key states shows him struggling to catch up with frontrunner Bernie Sanders.