The Independent employs reporters around the world to bring you truly independent journalism. To support us, please consider a contribution. Donald Trump‘s former longtime attorney Michael Cohen has released an excerpt from his tell-all book about the president and the 2016 election, revealing how the president’s “fixer and designated thug” allegedly witnessed crimes committed by candidate 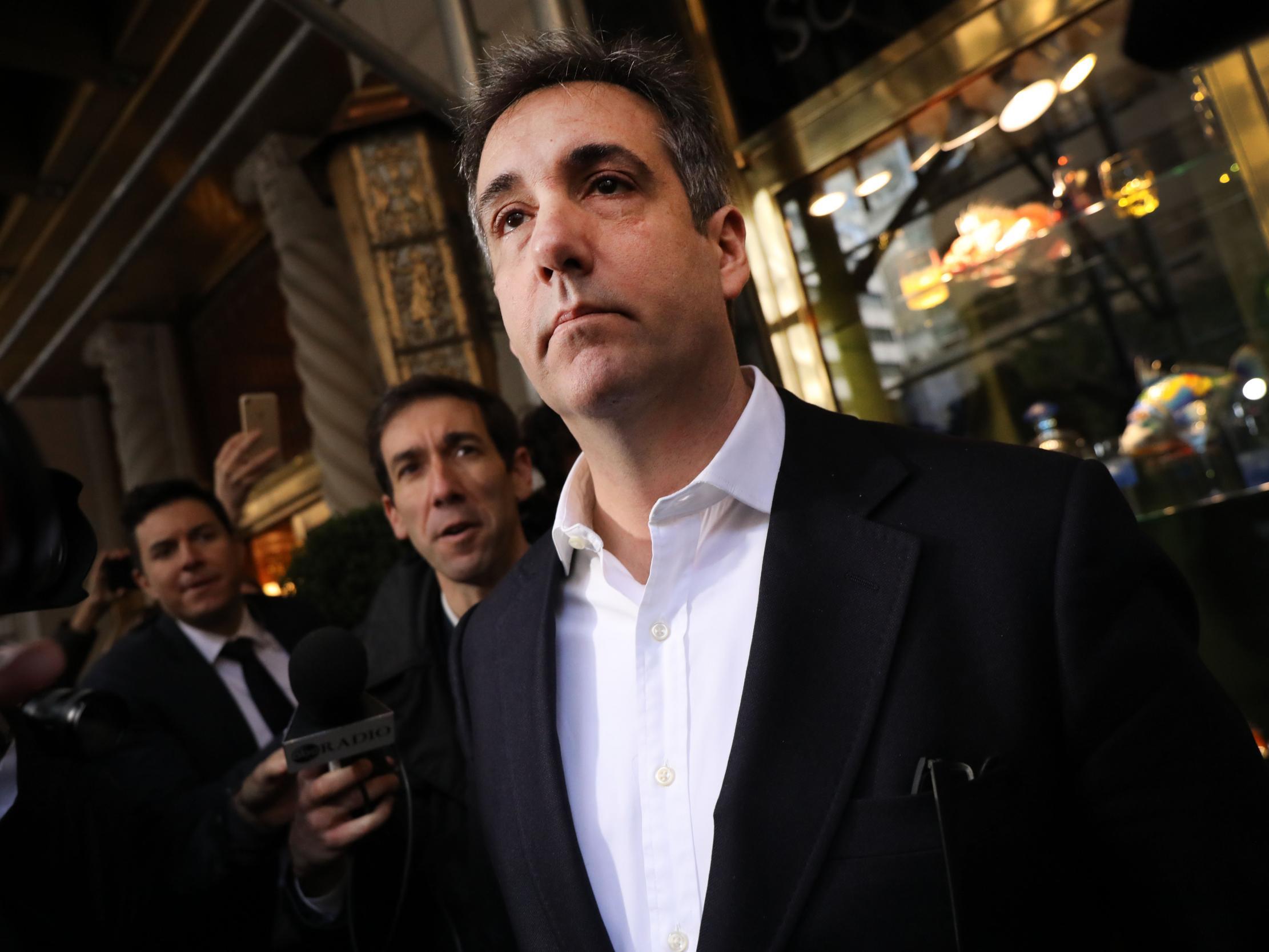 Donald Trump‘s former longtime attorney Michael Cohen has released an excerpt from his tell-all book about the president and the 2016 election, revealing how the president’s “fixer and designated thug” allegedly witnessed crimes committed by candidate Trump and became an “active and eager participants.”

Cohen was sentenced to three years in prison after pleading guilty to lying to Congress on the president’s behalf and orchestrating hush money to women who have claimed to have had affairs with the president. He claims to know the president “better than anyone else.”

“I knew him better than even his family did because I bore witness to the real man, in strip clubs, shady business meetings, and in the unguarded moments when he revealed who he really was: a cheat, a liar, a fraud, a bully, a racist, a predator, a con man,” Cohen writes.

Cohen was briefly sent back to jail for allegedly violating the terms of his release by writing the book before a judge ruled the was “retaliatory” and therefore illegal.

The White House has called the book “fan fiction.”

“He readily admits to lying routinely but expects people to believe him now so that he can make money from book sales,” deputy press secretary Brian Morgenstern told CNN. “It’s unfortunate that the media is exploiting this sad and desperate man to attack president Trump.”

A 3,700-word forward to Disloyal: A Memoir, set to be released in October, was published on Cohen’s website on Thursday.

The introduction, framing his thoughts on the president as he drives from New York to Washington DC to testify to Congress in February 2019, revisits many claims in his testimony and illustrates his mental and personal state as he speeds towards the capital.

It does not offer any new details about the president’s assets and financial state, which Cohen told Congress he had grossly inflated to insurance companies while undervaluing assets to avoid taxes. Allegations of fraud are reportedly being investigated by prosecutors in New York City following a US Supreme Court ruling that paved the way for the president’s tax records and other financial documents to be reviewed.

In his opening statement to Congress, Cohen said that Trump had repeatedly asked about negotiations leading to construction of a Trump Tower in Moscow. He “knew of and directed the Trump Moscow negotiations throughout the campaign and lied about it,” Cohen said.

Upon pleading guilty, Cohen admitted that he lied when he told Congress that discussions about the project ended before the president started his campaign.

In his forward, Cohen writes: “Trump had also continued to pursue a major real estate deal in Moscow during the campaign. He attempted to insinuate himself into the world of President Vladimir Putin and his coterie of corrupt billionaire oligarchs. I know because I personally ran that deal and kept Trump and his children closely informed of all updates.”

‘Trump had cheated in the election, with Russian connivance’

Cohen writes: “To half of Americans, it seemed like Trump was effectively a Russian-controlled fraud who had lied and cheated his way to the White House. To the other half of Americans, to Trump’s supporters, the entire Russian scandal was a witch hunt invented by Democrats still unable to accept the fact that Hillary Clinton had lost fair and square in the most surprising upset in the history of American presidential elections.”

But he claims that “the reality was much more complicated and dangerous” as he alludes to former special counsel Robert Mueller’s investigation into Russian-backed interference in US elections in 2016.

He claims that “Trump had colluded with the Russians, but not in the sophisticated ways imagined by his detractors.”

“I also knew that the Mueller investigation was not a witch-hunt,” he writes. “Trump had cheated in the election, with Russian connivance, as you will discover in these pages, because doing anything – and I mean anything – to ‘win’ has always been his business model and way of life.”

‘He has a million acquaintances, pals and hangers on, but no real friends’

Cohen echoes claims that have been published over the last several decades alleging that the president does not have any friends.

“There are reasons why there has never been an intimate portrait of Donald Trump, the man,” Cohen writes. “In part, it’s because he has a million acquaintances, pals and hangers on, but no real friends. He has no one he trusts to keep his secrets. For ten years, he certainly had me, and I was always there for him, and look what happened to me.”

‘Golden showers in a sex club in Vegas’

Cohen claims that he “stiffed contractors” on the president’s behalf, “ripped off his business partners, lied to his wife Melania to hide his sexual infidelities, and bullied and screamed at anyone who threatened Trump’s path to power.”

He alludes to claims made in a 2016 dossier alleging that candidate Trump had hired prostitutes to urinate in the presidential suite of a Moscow hotel, but Cohen alleges that the president was involved with “golden showers in a sex club” in Las Vegas.

“From golden showers in a sex club in Vegas, to tax fraud, to deals with corrupt officials from the former Soviet Union, to catch and kill conspiracies to silence Trump’s clandestine lovers, I wasn’t just a witness to the president’s rise – I was an active and eager participant,” he writes.