Donald Trump has officially made Florida his home after a lifetime of association with New York City — but folks in the Big Apple don’t seem to be too upset about the snub. The longtime New Yorker’s shift was made official  in late September, when the president and first lady Melania Trump both filed documents 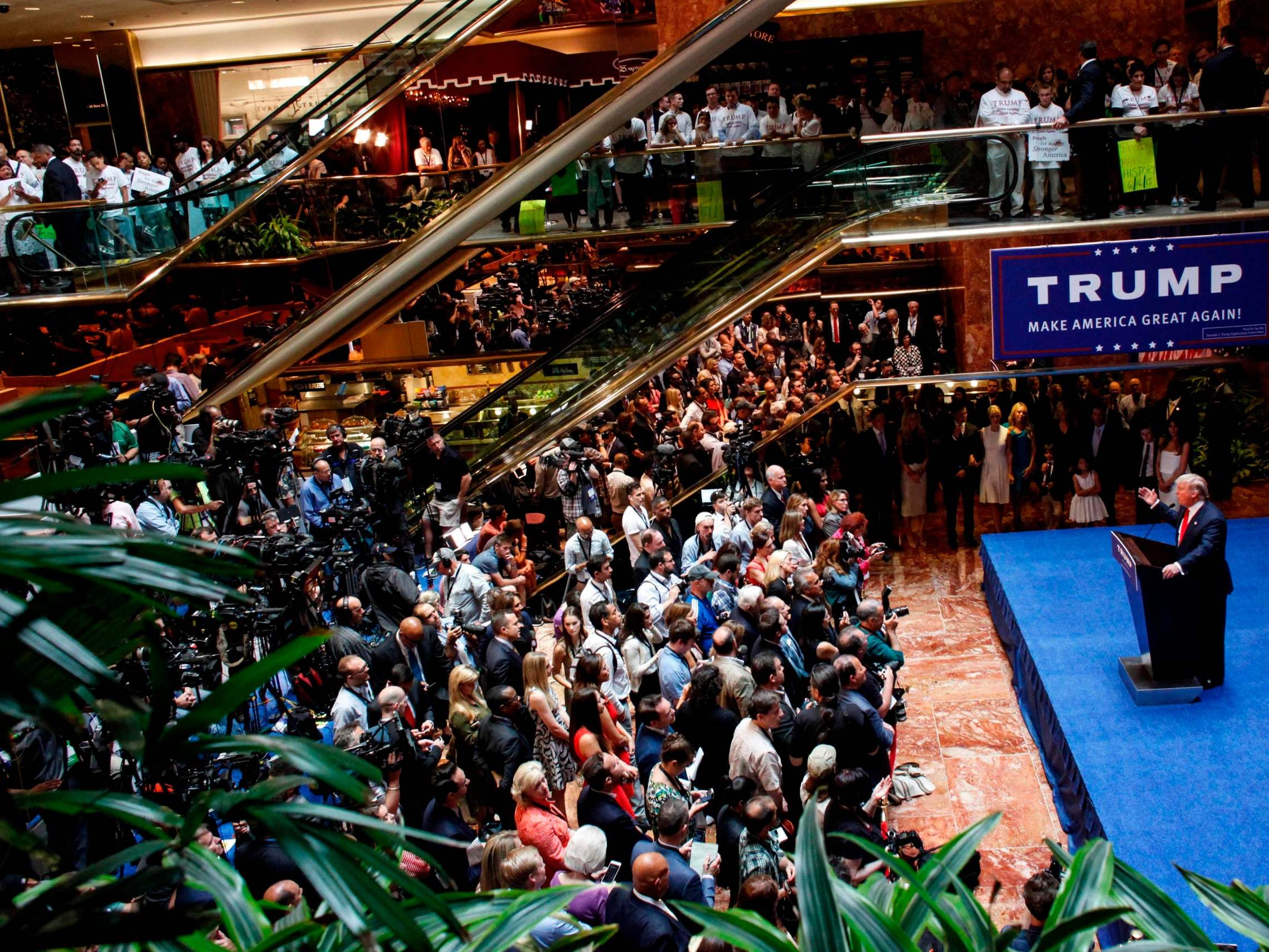 Donald Trump has officially made Florida his home after a lifetime of association with New York City — but folks in the Big Apple don’t seem to be too upset about the snub.

The longtime New Yorker’s shift was made official  in late September, when the president and first lady Melania Trump both filed documents with the Palm Beach County Circuit Court declaring their primary residence as the Mar-a-Lago resort.

But, on Friday, shortly after those documents were made public, people in Midtown Manhattan were nonplussed. For some, it kind of made sense the president would officially ditch his home town, which has been a consistent location of resistance to the Republican and the epicentre of some of the most worrisome investigations he faces.

“He has property all over the world, and New York is a biased city and state,” said one man, who identified himself as Black Bobby, referring to the entrenched Democratic machine that dominates politics in New York, which has sought to force the release of the president’s tax records.

New York is also the home of some worrisome investigations into potential campaign finance violations.

“Now he knows what it’s like to be a black person,” Bobby, a lifelong resident of the Greenwich Village neighbourhood, joked of those legal woes facing Mr Trump, which the president has described as an unfounded “witch hunt” against him that has denied him due process.

Others interviewed by The Independent suggested that Mr Trump’s official change of address doesn’t change much about the fabric of New York. It’s just the latestexample of the Trump name receding from Manhattan after efforts in the Upper East Side to take his name off of buildings, and the Trump Organisation’s own decision to diminish the prominence of the name on signs outside of Wollman Rink in Central Park.

“I don’t mind him leaving,” said a Central Park carriage worker who identified himself only as Fara.

The 14-year Brooklyn resident said he just wants to live his life, and not worry about the bombastic president: “For me, if they’re not touching my business, and my family, I’m OK.”

Of course, New York has never been much of a bastion of support for Mr Trump. He was trounced by Hillary Clinton in most parts of the city, and got just 9.7 per cent of the vote in Manhattan compared the Democrat’s 86.6 per cent (Staten Island, the least populous portion of the city by a country mile, was the only borough to back him).

Not everyone was as mellow about Mr Trump’s decision to change his official home. New York governor Andrew Cuomo, upon hearing the news, celebrated it.

Allen, a retired businessman who grew up in Manhattan who was waiting outside of The Plaza (yet another former Trump property in the city), said that he thinks Mr Trump is making a good choice. Moving to Florida allows him to benefit from the Sunshine State’s lack of income tax, which makes it an attractive choice for wealthy people looking to retire.

The state also has no estate or inheritance tax means that he could hand more of his fortune down to his children, once he dies.

One woman, who happens to be from Florida but frequently visits New York, said she doesn’t think it’ll make much of a difference at all, actually.

The woman, who said she’s named Margo and works as a computer consultant, said she actually supports Mr Trump politically. But, it’s not like the president is making a big change — he already owns Mar-a-Lago, and visits it quite often.

“He’s always been kind of semi-Floridian,” Margo, who lives in Fort Lauderdale, south of the president’s resort, said. “It doesn’t really matter.”