Oppo is a huge name in smartphones, you just may not have heard of them if you don’t live in China. Expect that to change, however, now that Oppo phones are now officially available in the UK via Carphone Warehouse. Hailing from Shenzhen, that hub of manic tech emergence, its phones are well built, popular,

Oppo is a huge name in smartphones, you just may not have heard of them if you don’t live in China. Expect that to change, however, now that Oppo phones are now officially available in the UK via Carphone Warehouse.

Hailing from Shenzhen, that hub of manic tech emergence, its phones are well built, popular, and quite similar to those made by OnePlus.

That’s no coincidence given the two brands are owned by the same company. This means their phones often share designs. So, it is with the Oppo RX17 Pro and the OnePlus 6T.

Given the proximity of both launches, we can’t ignore the 6T here, despite the RX17 Pro’s strengths. Simply put, the 6T costs less and has preferable software. If you want an Oppo phone though this is the best option you have ever had in the West.

Following an EU launch at 599€ in France, Spain, Italy and the Netherlands, Oppo has officially launched the RX17 Pro in the UK at £549. Available exclusively via Carphone Warehouse the RX17 Pro is sold on a SIM-only basis.

In the box there’s a fast charger, surprisingly good USB-C headphones (no dongle though) and a green clear TPU case.

£549 for a phone with the Snapdragon 710 is quite a lot, so Oppo has tried to ensure it makes the RX17 Pro an attractive proposition for reasons other than brute processing oomph. In this pursuit it mostly succeeds.

Oppo is fairly new to the western phone market but it’s having great success in design. If the Find X was its “look at me!” device to announce the company to Europe, the RX17 Pro is more uniform, at least when viewed from the front.

The RX17 Pro is the European name for the Chinese R17 Pro. We aren’t sure why Oppo has added the X in there, but that’s what it has done. The phone is more uniform than the sliding Find X and represents a more conservative entrance into Europe.

Build quality is absolutely spot on and is one of the first phones with Gorilla Glass 6 as part of the display. It’s also glass on the back too, but with no wireless charging this is purely cosmetic.

Flip the phone over and this is obviously not a black OnePlus phone. Shifting blue and purple colours meld together with a nice anti-fingerprint matt finish. We actually received the glossy green version which we liked, but we prefer the matt.

Add to this the purple or blue Find X from 2018 and Oppo is clearly wanting to stand out in a market often overrun by unassuming black slabs.

There’s no headphone jack (boo) but a dongle in the box (fine) and no physical fingerprint sensor – that’s under the screen just like on (yep) the OnePlus 6T and Huawei Mate 20 Pro. It works pretty well but you have to push down quite hard. It also seemed to not recognise our right and then left thumb for no reason and we had to delete and re-enrol them, a couple of times.

Face unlock via the single front-facing camera is very fast, but less secure than the 3D method of the Oppo Find X and the iPhone X series.

The device is slight enough to be held and scrolled through with one hand and while at 7.9mm this isn’t the thinnest phone out there, it feels slender and modern. The only mark down against the construction is a noticeable sharp lip that you feel when swiping off the screen and onto the metal rim – something we don’t see on any other phone.

We like that Oppo is pushing the design boundaries explored by most manufacturers in 2018 with a high 91.5% screen to body ratio and not-black colour option. There’s no denying it’s a nice thing to hold and the matt one won’t turn into an oil slick the moment you touch like most Samsung phones do.

The 6.4in OLED is 19.5:9 with a dewdrop notch. It’s crisp and viewing angles are great, though the colours are oversaturated to within an inch of their life.

Specs-wise the RX17 Pro sits at the top of the mid-range thanks to the Snapdragon 710 processor inside (also found in the Lenovo Z5 Pro). Unless you want to be doing lots of high-end mobile gaming then it should be more than enough for most and it’s a zippy phone.

The below benchmarks pit the phone against the Lenovo Z5 Pro with the same processor, the OnePlus 6T that has similar design and price, the BlackBerry Key2 that has similar performance and the Nokia 7.1 that is comparable for a lower price.

There was hardly any stutter or lag on high end games like Asphalt 9, though loading and some high frame rate action was the tiniest bit behind what we’ve seen on phones with the Snapdragon 845. The small notch did encroach on most games we tested, too.

The 710 shows its muscle with battery life. What the chips loses in raw power it wins back in power efficiency. We consistently got excellent battery life from the RX17 Pro, usually with something like 40% charge left after a full day of use. This is excellent given the 6.4in OLED it’s powering and is far superior to many phones, even the Google Pixel 3 XL.

And then, oh wow, the charging. Oppo’s SuperVOOC wired charging is incredibly fast and hands down the faster charging we have ever seen on any phone we’ve ever reviewed to date, besting OnePlus’ Dash Charge and Huawei’s SuperCharge.

The company claims it can charge from 0-40% in ten minutes and complete a full charge in 35 minutes. This is nuts, and our tests show that from 0% and with the phone turned off, it got to 10% in less than three minutes before reaching 40% within nine minutes.

It was full within 35 minutes as promised (charging is slightly slower when the phone is on). Oppo achieves this magic by splitting the battery into two 1850mAh cells that can charge incredibly quickly. It’s very smart and one of the best things about the phone.

There’s just one model option in Europe with 6GB RAM and 128GB storage (non-expandable). That’s far more storage than anyone realistically needs unless you’re shooting tons of photos and video, which is something you may want to do given the RX17 Pro’s dual rear cameras.

All manufacturers talk a big game with smartphone cameras and Oppo is no exception, aiming high with the RX17 Pro’s triple camera set up. It has an f/1.5-2.4 variable aperture 12Mp lens similar to the main shooter on the Samsung Galaxy S9 and S9 Plus. The second lens is a 20Mp to allow for portrait mode shots and zoom.

The results are pretty good but not great. Images are crisp and well produced in broad daylight but the sensors sometimes struggle with colour reproduction particularly when using the built in 2x zoom. It also looks like faces are washed out even with the Smart Beauty mode turned off. 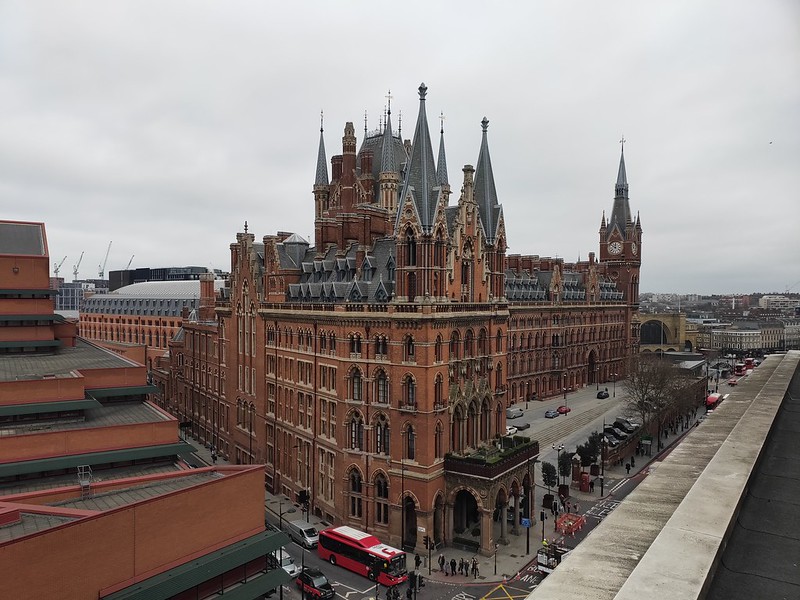 Oppo says that this combined with software processing (as always annoyingly labelled as AI, which it isn’t) makes for clear and accurate night shots. The display does them justice, but you have to keep very still as the night mode takes in a long exposure.

On closer inspection on a monitor the night mode handles things pretty well, not allowing artificial light to blow out and retaining detail and highlights. It’s better than expected.

It helps that the main sensor has optical image stabilisation (OIS), though it’s slightly mystifying as to the inclusion of the third 3D TOF (time of flight) camera that can precisely measure the distance between you and a subject.

To be honest, it’s not clear why as there are no practical applications for it out the box. Oppo promises some in the future, but we are sceptical. It’s odd to include it at all.

A 25Mp selfie camera is loaded with beauty mode software that you may want to turn off and points to the Chinese market this phone is coming from, where such features are par for the course. Despite the megapixels, results are mixed and backgrounds in selfies end up blown out most of the time.

And so to the issue that we had with the Find X and the same that we have with the RX17 Pro. ColorOS, Oppo’s Android skin, is so targeted at the tastes and needs of the Chinese market that it simply isn’t much fun to use.

On the RX17 Pro it’s version 5.2 based on Android Oreo 8.1 rather than 9 Pie and makes so many changes to Android that it has to be the furthest from stock you could get. Things we take for granted in Android like the option to have an app drawer aren’t there and apps display over several home screens like on Apple’s iOS.

This isn’t the end of the world and indeed is a trait of Chinese Android software and tastes but without the option it feels regressive to the European market. Small things like only being able to swipe right to dismiss a notification is annoying and the phone seems to let through an awful lot of Google notifications that we had to disable.

It’s often a case of change for change’s sake and to be fair Oppo is not alone in this with LG, Huawei and Samsung often guilty of the same. But over the past two years those three manufacturers have become more restrained and their changes more thoughtful, so to use something so China-minded in the RX17 Pro is jarring – even though we fully appreciate it is designed to serve that market.

This phone is lightning quick though. The software is well optimised and there are thoughtful features like a Smart Bar that acts like Samsung’s edge panels for quick access to frequently used apps and settings.

We are left with a phone that we actually really like, but frustrates more than it makes us swoon. The excellent build feels premium and includes a decent single downward firing speaker, but also a truly awful vibration motor. Haptics on the keyboard rattle audibly and you’ll want to turn it off straight away.

We also noticed sub-par Bluetooth connectivity, with connection to our Bose headphones dropping out for a second at a time quite frequently while walking. This is unacceptable, and very frustrating given the lack of a headphone jack.

The Oppo RX17 Pro is a more attractive phone for the European market than was the Find X. A gimmicky sliding camera makes way for a solid device that costs less, has a great display and a refreshing, premium design.

The dual cameras are good and it has the fastest wired charging of any phone on the market, but the software is not attuned to the tastes of the western market. It’s unrefined in places, and change for change’s sake in others.

But it’s expensive considering the mid-range processor and you might prefer the higher-end processor and cleaner, better software of the OnePlus 6T for £50 less for the same RAM and storage.