PETER OBORNE: Mrs May makes Houdini look like a rank amateur, but I STILL wouldn’t rule out No Deal

Most Cabinet meetings last for a couple of hours at the longest. They start with coffee and biscuits mid-morning, and break up in time for ministers to go their separate ways to lunch. Nobody at Westminster could remember anything like yesterday. Cabinet went on for more than seven hours. ‘For the past two years, sphinx-like Theresa

Most Cabinet meetings last for a couple of hours at the longest.

They start with coffee and biscuits mid-morning, and break up in time for ministers to go their separate ways to lunch.

Nobody at Westminster could remember anything like yesterday. Cabinet went on for more than seven hours. 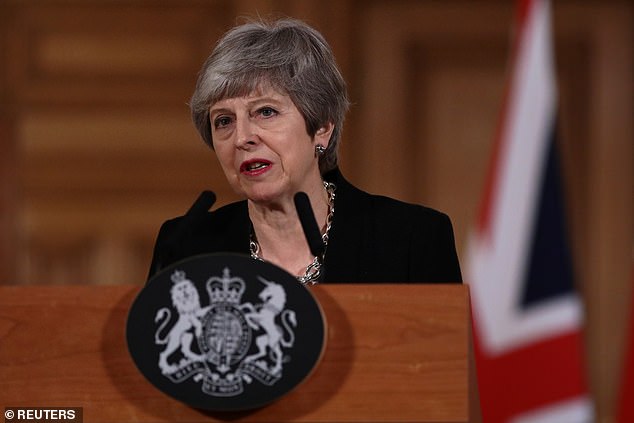 ‘For the past two years, sphinx-like Theresa May has never allowed anyone to know what she thinks’

And no wonder. This was possibly the longest and most difficult meeting in modern British political history.

And one of the most important.

Finally, the Prime Minister has made a decision. At last she’s come off the fence. She’s gone against the habit of a lifetime and shown her cards.

For the past two years, sphinx-like Mrs May has never allowed anyone to know what she thinks.

That’s because she’s tried desperately to keep the Tory Party from splitting as she navigated towards Brexit.

On the one hand, she kept many of the so-called hard Brexiteers on side by refusing to rule out a No Deal Brexit.

But she also maintained the support of the so-called Remainers in her Cabinet — Philip Hammond, Amber Rudd and David Gauke — by holding open the prospect of a warm future relationship with Europe.

Yesterday Mrs May, for the very first time, took sides. And she chose that of Chancellor Philip Hammond and all those who have been advocating a softer Brexit, thus dumping the hard Brexiteers.

In a passionate speech, she told her Cabinet that she could not have the hard Brexit, the No Deal, that Boris Johnson and Jacob Rees-Mogg desperately want — with the associated danger of economic collapse, social dislocation, rising food prices and street violence — on her conscience.

But then the Prime Minister was forced to bow to the inevitable and acknowledge that the Tory Party does not have the firepower to push through Brexit on its own.

So she stretched out a hand to Jeremy Corbyn, offering to sit down with the Labour leader and agree a plan to take Britain out of the European Union.

That cannot have been easy. Mr Corbyn has been adamant that he wants British membership of a customs union, something that the Prime Minister has vehemently opposed. 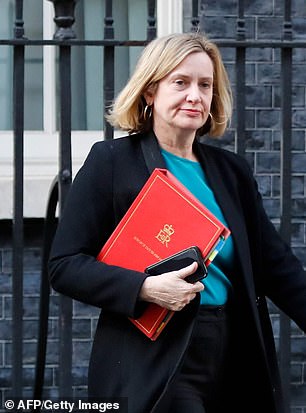 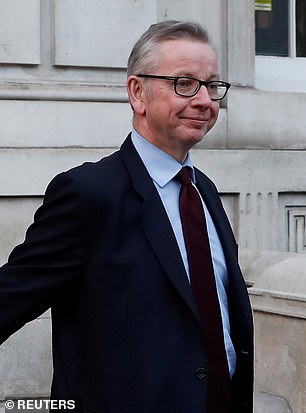 This kind of collaboration between the two major political parties normally takes place only in wartime. But Brexit has become an emergency and Mrs May spoke of the need for ‘national unity to deliver the national interest’.

It’s a dangerous ploy, which may not work. Mr Corbyn can now lay down conditions. When the last Labour leader in this position, Clement Attlee, agreed to join a Coalition government to fight World War II, he refused to serve under Lord Halifax, the most senior Tory politician. Churchill was chosen instead.

Corbyn could follow suit and indicate that he is ready to work with the Tories — but demand the head of Mrs May in return.

I therefore suspect that the Labour negotiations will fail. If they do, the Prime Minister has revealed that she has another card to play.

She said that she will allow the House of Commons to choose the kind of deal it wants, so she can take it to the European Union.

Perhaps this plan will work as she wishes, and end up with the Commons voting at last for her Withdrawal Agreement — but once again the Prime Minister could be forced to eat humble pie.

The indications are that the Commons is set on a far softer Brexit than anything that Mrs May has offered so far. And if she allows Parliament to push her into this softer Brexit, all hell will break loose in the Conservative Party.

Indeed, Mrs May’s statement was already being greeted with contempt and fury last night by the hard Brexiteers such as Boris Johnson, Jacob Rees-Mogg and others. They cannot stomach the thought of Jeremy Corbyn as an equal partner in the Brexit negotiations.

Yet the fact is that the ERG hardliners only have themselves to blame after they repeatedly rejected Mrs May’s deal and landed us in the current predicament.

But there are still very serious worries — even if Parliament can agree on a common Brexit arrangement.

First, the timing is very tight. Remember this: whatever progress Mrs May achieved in the Cabinet meeting yesterday, one crucial and very awkward fact remains unchanged.

Britain leaves the EU automatically on April 12 — Friday week — unless something extraordinary happens. 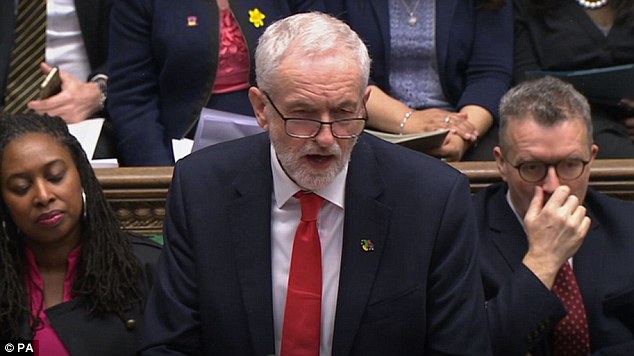 ‘The Prime Minister was forced to bow to the inevitable and acknowledge that the Tory Party does not have the firepower to push through Brexit on its own. So she stretched out a hand to Jeremy Corbyn (pictured), offering to sit down with the Labour leader and agree a plan to take Britain out of the European Union’

We have, of course, been here before. We were due to leave the EU under Article 50 on March 29. On that occasion the European Council met in good time ahead of the 29th, dealt with Mrs May’s request for an extension, and matters were smoothed over easily.

Not so this time. The European Council meeting comes just 48 hours ahead of Britain’s scheduled departure. For this reason I disagree with those who say that, in the wake of Mrs May’s statement yesterday, the prospect of No Deal is dead.

Although Mrs May is offering Parliament the path to a softer Brexit, matters can go horribly wrong. Those who have written off No Deal are forgetting that her negotiations with the EU will take place just hours ahead of the moment we could be going over the Brexit cliff.

Mrs May will ask for an extension. But she will only get one if the European Union allows it. And European leaders could cut up rough.

There are 27 other members of the EU. They may impose conditions and make matters very difficult for the UK. Already French President Macron is signalling dissent. It’s worth remembering, too, that the EU now claims it has completed its arrangements for a No Deal Brexit, so regards the prospect with more equanimity than last time.

Furthermore, Britain needs to make a positive case about future plans in order to obtain its extension. Will we able to do so? That’s not certain.

We cannot therefore rule out the possibility that Britain will fall out of the EU on April 12 without a deal. That risks calamity.

Even so, there is no doubting Mrs May’s heroic resilience. The Prime Minister has been written off time and again during the course of these Brexit negotiations — only to come bouncing back.

Today this remarkable lady is still going strong. Still fighting. Still determined to get Britain over the Brexit line. She makes the escape artist Harry Houdini look like a rank amateur.

As for the Tory Party, it is no longer a happy ship. But there had been no Cabinet resignations as the Mail went to press last night.

Yes, there were profound disagreements. Reportedly, a number of ministers in Cabinet opposed Mrs May’s plan to ask for another extension.

But the Tory Party is still in one piece — and that matters for the Prime Minister.

Critics will say Mrs May achieved very little in yesterday’s meeting. In formal terms, they are right — only one thing has changed since her announcement. Mrs May hopes that Brussels will agree to extend our exit date by six weeks to May 22.

I fear that extension will be too short. The Prime Minister, the Cabinet and Parliament are exhausted by Brexit.

It is hard to think of a worse time for 650 shattered MPs to make such an important decision about our future.

As I waited for Mrs May’s announcement last night, I found myself hoping that she would announce a long extension so we can all reconsider over the next 12 months.

Instead, she’s chosen another dash to the finishing line. Maybe this formidable and determined lady will pull it off this time. For all our sakes, let’s hope she does.