You write and take amazing pictures. Can you tell us a bit about your journey into photography? I’ve always loved photography as an art form. If I was headed to a museum, it was usually the medium I was most interested in. However, in high school, when I first tried to learn, I really struggled.

You write and take amazing pictures. Can you tell us a bit about your journey into photography?

I’ve always loved photography as an art form. If I was headed to a museum, it was usually the medium I was most interested in. However, in high school, when I first tried to learn, I really struggled. I’m great with words, but lousy with numbers. Aperture + distance + shutter speed … it was very frustrating.

I went out in my late ‘20s and bought a DSLR, and I enrolled in one course at the School of Visual Arts in New York City.

It took me longer than most, but I finally became comfortable with the mathematical side of shooting. Then I was able to focus on composition. I’m addicted now. 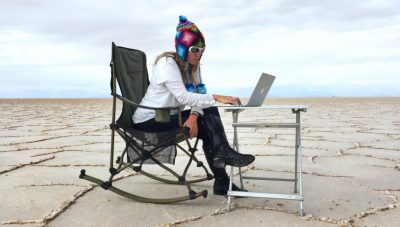 What’s your background? How’d you move into what you do now?

I’ve been a professional journalist since 2004. My mother is an author. My aunt is an author. My grandmother was a newspaper reporter. It’s a long line of us, and I think it’s an unavoidable passion––the written word. Writing comes naturally. Photography came about because I was asked so many times by editors if I was capable of shooting something. It spiraled from there. I’m not a natural at it, but I’m totally in love with this medium.

I also find that when I have writer’s block, photography is a fantastic cure. 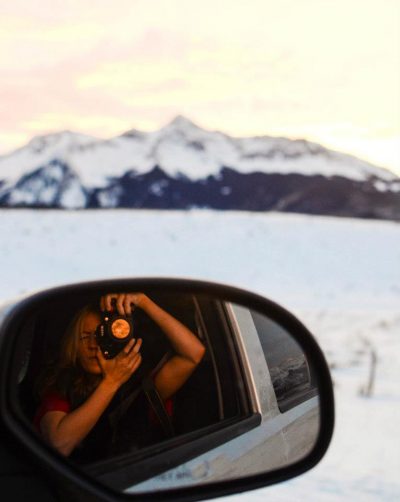 How would you describe what you do, photography-wise?

I’m very blessed that my job sends me to some really out-of-the-way destinations. I love finding an outside staircase in a city like Rome or Hong Kong. I’ll stay there all day, shooting people and dogs and pigeons and noodle vendors. It’s nice to let a city just pass by your lens while you stay still.

I would say the majority of my work is street photography. I could happily move to Istanbul tomorrow and photograph street cats for the rest of my life. 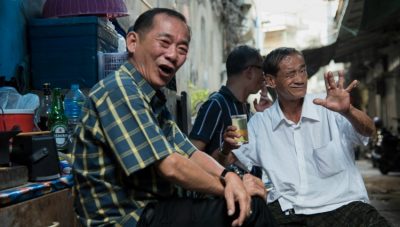 How does your writing inform your photography? and vice versa?

It’s much harder than I ever imagined being assigned both the photographs and the copy for a story.

I have to determine what’s going to be more complicated to achieve—the images or the story. I also have to take into account whether the subject is going to respond better to being photographed first or interviewed first.

It’s funny. Humans are generally great at one or the other, but not both. I love being interviewed and hate being photographed, for example.

After 15 years of interviewing people, I know exactly how to get them to relax and enjoy the process. I’m still learning that in photography.

I would say that you have to be flexible in either an interview or a shoot and draw out those moments of personality. If you find out mid-interview that someone has a crazy collection of 1980s-era Troll dolls, then … well … you’re going to need to work that in. That’s never happened to me, but if anyone reading this has a museum of Troll dolls, I’ll be right over.

Let’s talk equipment. What do you use, what do you love about it, and why?

Right now, I have a Nikon D750 that I shoot with most often. I’ve really become so fond of it. I also have a Sony a7R mirrorless. I don’t use it as often, but it produces gorgeous images—particularly landscapes. It weighs practically nothing by comparison, but the battery life is lousy.

As for lenses, I mostly travel with a 24-120mm and my 50mm macro lens. The macro is great for shooting cocktails, which I do a lot in my food and beverage coverage. 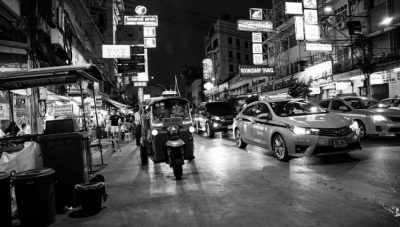 What are your favorite images from the ones you’ve taken? Any that got away?

I spend a few months each year in Southeast Asia. Even after a decade of being in Bangkok, I still find Tuk Tuks adorable. It brings me joy to watch them putter down the road. I have folders and folders of Tuk imagery.

Myanmar was another location that I will never, ever forget shooting. The light in the mornings in Yangon is absolutely stunning. I was there in 2013 and tourism was still so rare. A guide took me up into this remote village, and we watched a shaman treat a tarantula bite with some crazy mixture of buffalo blood and herbs. I couldn’t get the shot. I have images of the bowl of blood, but I was never able to capture the whole scene or the real moment. I was the only non-Burmese person, and everyone was jostling and screaming and chanting. The guy was wailing. I felt like an extra on the set of Indiana Jones, only it was real. I think about that guy with the spider bite at least once a month and wonder how he’s doing. Weird, right?

The women in my family who seem to write novels the way other people write grocery lists. As for photographers, I like gritty, real-life imagery. I love Walker Evans and Philip-Lorca diCorcia. My friend Hannah Reyes Morales is covering the drug wars in the Philippines—among many other tough stories. Her images have so much grace, and she’s fearless. Oh. And Joshua Hoffine. I’m a fan of Stephen King and bad, cult horror movies. He creates these super creepy, surrealist images, based around childhood nightmares. Disturbing, but there’s enough humor in them that he pulls it off brilliantly.

What would you like to do in the future?

That’s a big question for me at the moment. I have a novel in the works, but it’s nowhere near done. More of the same, for sure. But also maybe something new and different?

Anything we should have asked / you’d like to add?

I think that covers it. I’m very flattered to be featured!

People can check out my work on my sites Jennyadamsfreelance.com or BuddhaDrinksFanta.com