A 20-year-old man has been arrested for making a terrorist threat after wielding an assault rifle and 100 rounds of ammunition while filming himself entering a Missouri Walmart on Thursday afternoon. The frightening incident for shoppers occurred days after Dmitriy Nickolayvich Andreychenko posted a video of himself firing an Anderson Arms AR-15 5.56 and six months

A 20-year-old man has been arrested for making a terrorist threat after wielding an assault rifle and 100 rounds of ammunition while filming himself entering a Missouri Walmart on Thursday afternoon.

The frightening incident for shoppers occurred days after Dmitriy Nickolayvich Andreychenko posted a video of himself firing an Anderson Arms AR-15 5.56 and six months after he posted that he hates the store’s policy of only selling firearms to those 21 and over.

In a February Facebook status update Andreychenko wrote: ‘It’s official. I hate Walmart. Apparently they won’t sell Rifle and shotgun ammo if your under 21. “New policy” However I can walk into the store with a loaded .40 and nobody says anything. What a joke.’

Panicked shoppers were sent fleeing when the man entered the store wearing a bullet proof vest and military-style clothing in Springfield, before he was stopped by a hero firefighter who held him at gunpoint. 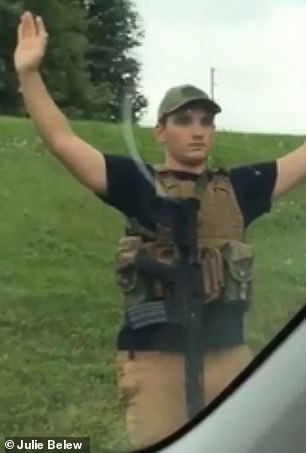 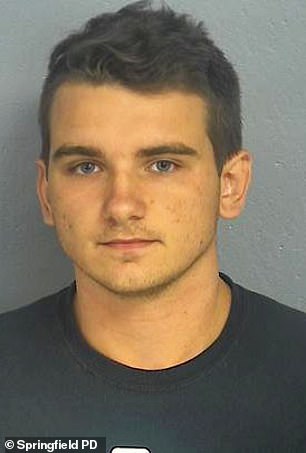 Dmitriy Andreychenko, 20, was arrested at a Walmart in Springfield, Missouri after he turned up to the store carrying an assault rifle, gun and carrying 100 rounds of ammunition. Police said he was armed but no shots were fired. He was arrested for making a terrorist threat

Andreychenko posted that he hates Walmart and that he can walk into a store ‘with a loaded .40 and nobody says anything’ in February 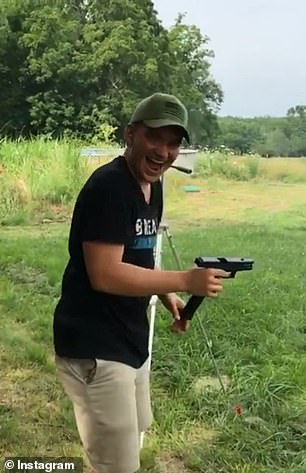 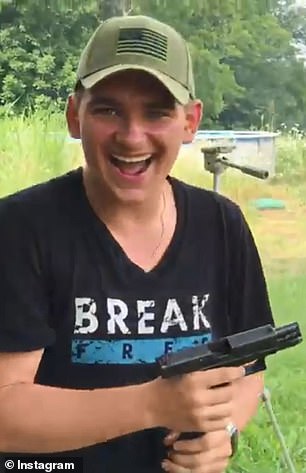 ‘Mag dumping with the boys’: Dmitriy Andreychenko posted this on Instagram in June

After the 3150 W. Republic Road store manager pulled the fire alarm, the suspect escaped out of an emergency exit where the armed off-duty firefighter stopped him until police arrived.

Cops told KSPR that he was filming himself while carrying the loaded rifle, another gun and ammunition and was making comments to shoppers as they fled the ‘chaotic’ scene.

Julie Belew, from Springfield, told the Springfield News-Leader that she was just about to leave her car when she heard a commotion and heard a police officer telling the suspect to ‘hold it’ as he walked down a hill.

She said she heard someone say: ‘Why are you walking around in a tactical jacket carrying a rifle?’

A fire marshal was called out to the scene to inspect the suspect’s car, a gray Mazda sedan, that was left in the parking lot to ensure there were no bombs on the vehicle.

The suspect studied to be an EMT at Ozarks Technical Community College and refers to himself as a ‘part-time dispatcher, full-time farmer’ in one Instagram caption. An online profile says he started working at cargo company Roadway Express LLC in 2018. 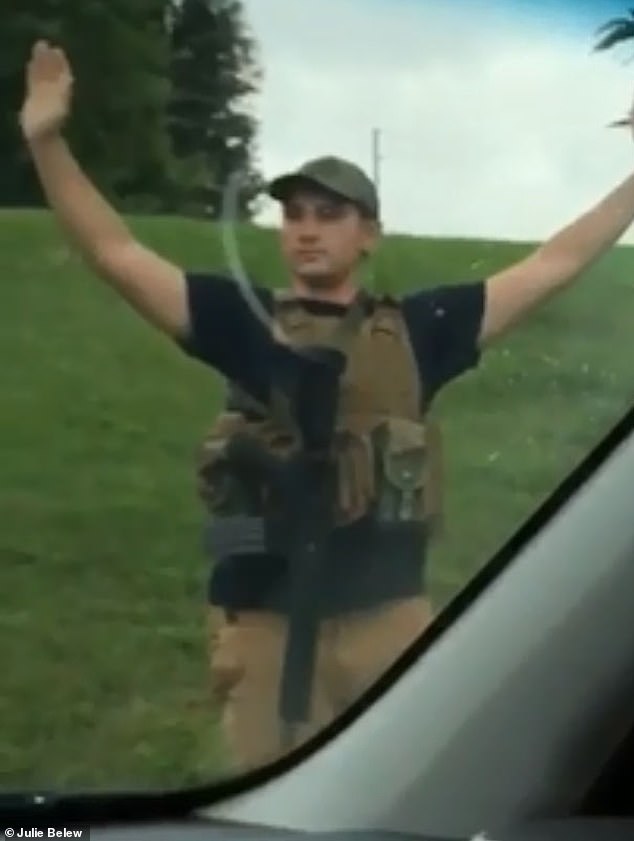 Cops said: ‘His intent was not to cause peace or comfort to anybody that was in the business here. In fact, he’s lucky he’s alive still, to be honest’ 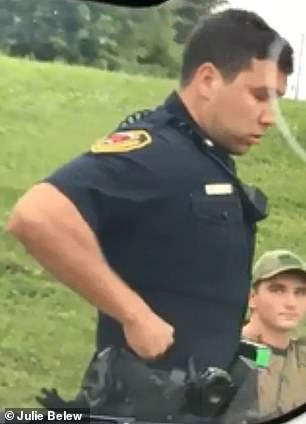 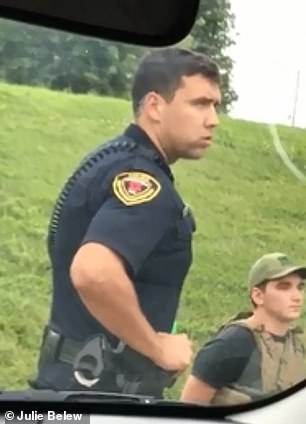 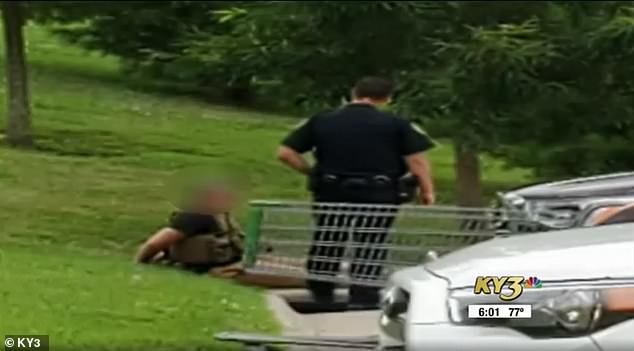 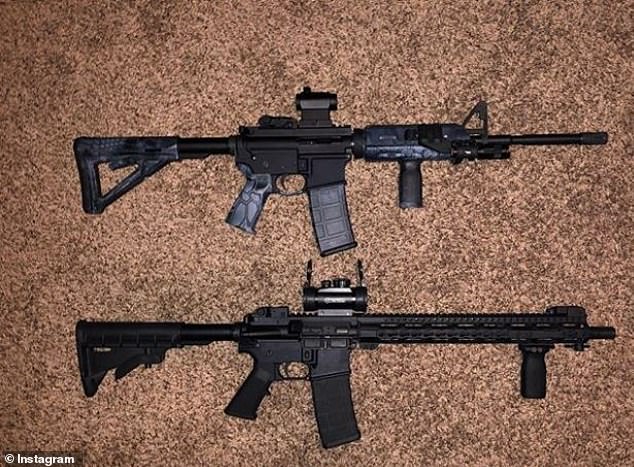 ‘New toys for my collection!’: He shared an Anderson Arms AR-15 5.56 picture on Instagram

Andreychenko appears to be from Portland, Oregon, married and his wife Angelica states she is expecting ‘Baby Chenko’ in January 2020. Her profile states she has been married to the suspect since May 2016.

In June, Andreychenko announced: ‘This hunting duo is becoming an hunting trio!’

Lieutenant Mike Lucas told the Springfield News-Leader that the firefighter held the suspect at gunpoint, describing the scene as ‘chaotic’.

He said: ‘His intent obviously was to cause chaos here, and he did that.’

He said officers would be interviewing the suspect at the jail on Thursday to try to learn more about his motivations. 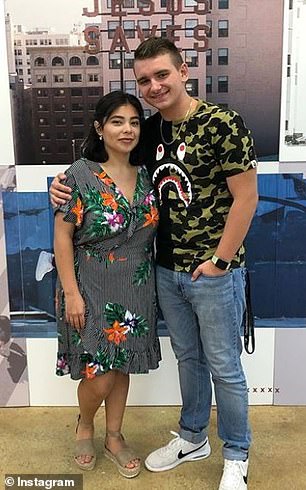 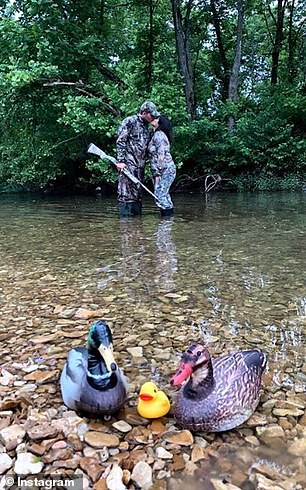 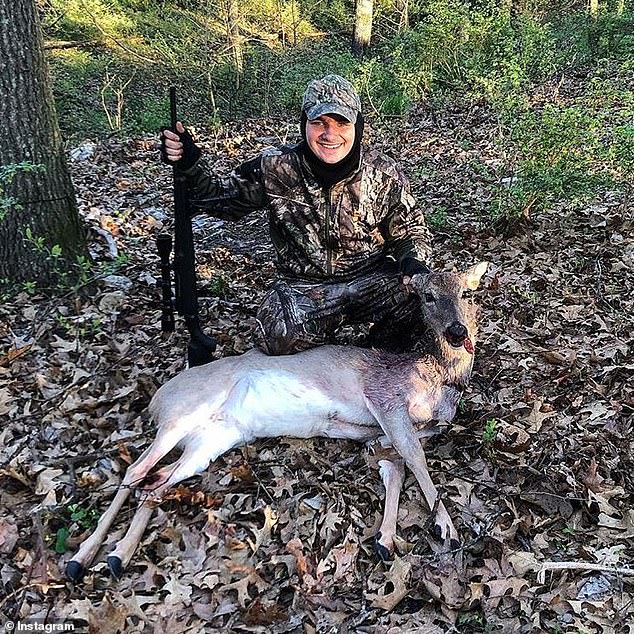 ‘Can’t wait for rifle season to start up again’: He posted this on Instagram in April 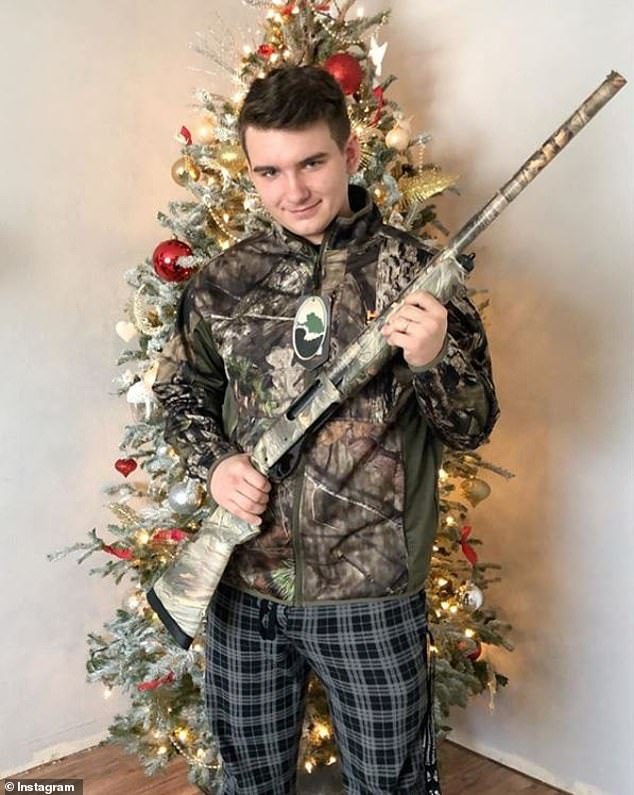 ‘Merry Christmas ya filthy animals!’: He shared a snap in December of himself with a gift 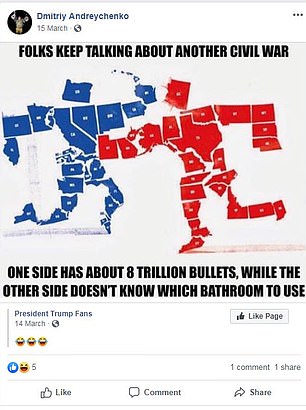 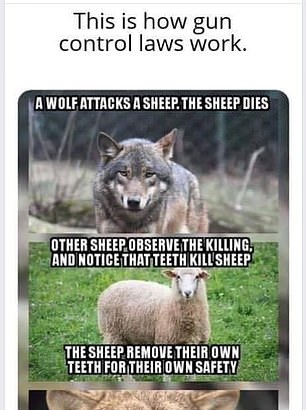 He shares posts from an anti-gun control, anti-planned parenthood and anti-immigration stance 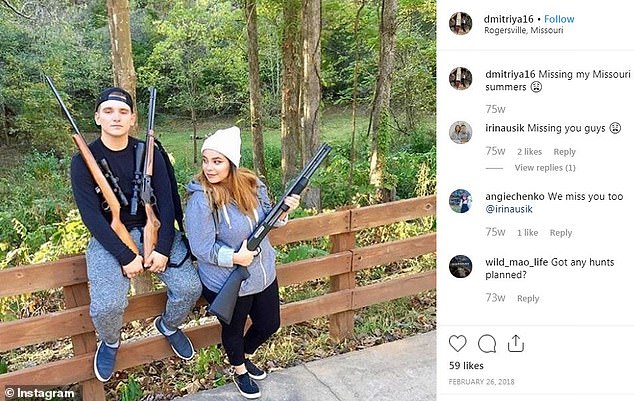 It was a ‘really scary, dangerous situation,’ police at the scene told local news, adding that they would investigate the man’s social media accounts to try to determine if a threat was intended or if he was live-streaming.

On an Instagram accounts for Andreychenko, who attends Connect Church in Springfield, he states: ‘Love my God, Love my wife, Love my guns’ and shows him practicing firing.

He mentions the Holy Bible’s Romans 1:16 on his Instagram profile bio. The passage reads: ‘For I am not ashamed of the gospel, because it is the power of God that brings salvation to everyone who believes: first to the Jew, then to the Gentile.’

He shares posts from an anti-gun control, anti-planned parenthood and anti-immigration stance.

Walmart issued a statement saying that the man’s behavior inside the store was ‘concerning’.

‘The behavior of a customer was concerning to those inside our store and out of caution, law enforcement was contacted. They quickly arrived, managed the situation without further incident and no one was injured,’ the statement read.

It comes after Walmart confirmed on Thursday it would be removing violent video game displays and signs from its stores.

Calls for an ‘immediate action’ to remove ‘violent themes or aggressive behavior’ circulated following two recent incidents in their stores.

A Walmart spokesperson said: ‘We’ve taken this action out of respect for the incidents of the past week, and this action does not reflect a long-term change in our video game assortment’.

Missouri is an ‘open carry’ state that allows people to openly carry firearms without a special permit, but there are some restrictions, for example, on convicted felons. 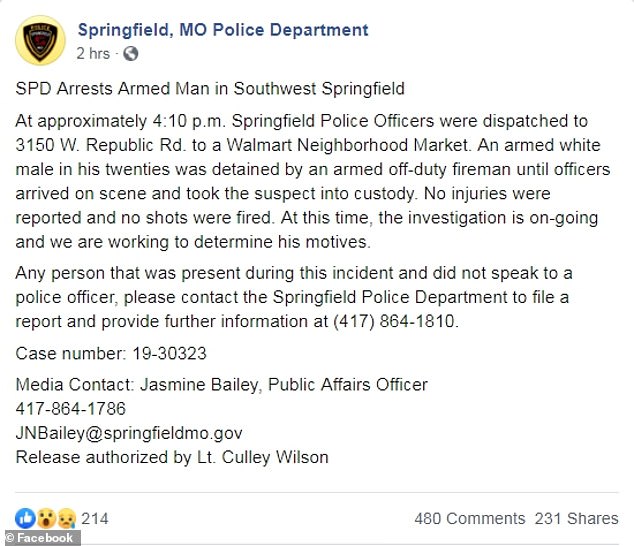 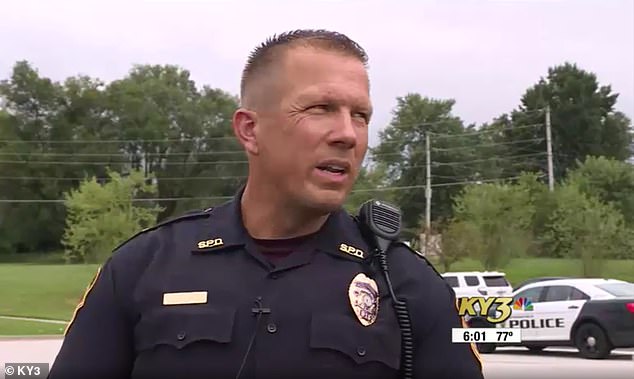 Lieutenant Mike Lucas said it was clear the man’s intent was to cause chaos. ‘His intent was not to cause peace or comfort…He’s lucky he’s alive still, to be honest’ 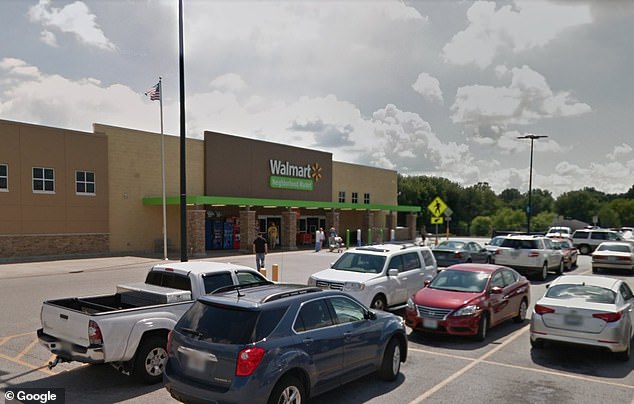 The incident happened five days after a gunman entered a Walmart in El Paso, Texas and opened fire,  killing 22 people