Prioritise your “good bacteria’ during the Covid-19 crisis

In the context of the current viral pandemic, maintaining good gut health is key. By ensuring your gut microbiota contains good bacteria you are reducing inflammation and making sure your immune system is able to focus on other threats, such as viral infection. Understanding the role of good bacteria in the gut is crucial and

In the context of the current viral pandemic, maintaining good gut health is key. By ensuring your gut microbiota contains good bacteria you are reducing inflammation and making sure your immune system is able to focus on other threats, such as viral infection. Understanding the role of good bacteria in the gut is crucial and there are a number of ways you can ensure your gut microbiota is as healthy as possible and primed for the fight against foreign viral invaders!

You may be familiar with the phrase ‘death begins in the colon’, often ascribed in some form to Hippocrates himself, but if death can begin in the colon then it follows that health must start in the colon – but have you ever considered why? What role does gut health play in our overall feeling of wellbeing and how does ensuring gut health is optimised to help us withstand the current pandemic?

The gut comprises the entire digestive tract and is the first place that anything you ingest (food hopefully) interacts with your body. A significant proportion of your autonomic nervous system (ANS) is wrapped around the gut, which is good because your body needs to know quickly whether things you have ingested are harmful. If you have ingested something bad your gut will act to let you know – you might feel weak, queasy, bloated or, in more serious cases, act to expel the material by vomiting or defecating.

What comes as more of a surprise to people is that the human gut is populated with a huge number and diversity of bacteria; In the colon there are around a trillion bacterial cells per gram of gut content and the mass of bacteria totals nearly 2 kg. Typically, there may be more than 6,000 species of bacteria in the gut and the proportion will vary person to person. The human gut has evolved over millennia to work in harmony with bacteria (a symbiotic relationship) and their presence is absolutely essential for our health and well-being.

So what roles do the bacteria in our guts perform? Firstly, like all living organisms, bacteria have to eat food and will excrete waste. This means that when you eat, you are not really feeding yourself but rather you are feeding your gut bacteria. When food arrives in the small intestine your body absorbs what it can (typically the glucose, fats and amino acids from your meal) but the larger, indigestible fractions are moved to the large intestine. There, your gut bacteria set to work, breaking down long-chain insoluble carbohydrates into small sugars that they can use for energy. This allows your bacteria to live and multiply. In so doing, the bacteria excrete waste products from metabolism into your gut contents. This is a key function of your microbiota; to turn insoluble carbohydrates into a myriad of useful compounds that you can subsequently absorb.

Where bacteria produce useful compounds, we call them ‘good’ bacteria. Examples of compounds that good bacteria produce include short-chain fatty acids (SCFAs) – useful SCFAs include acetate, propionate and butyrate – and various vitamins. Some bacteria, however, produce toxins or other harmful waste products, so are termed ‘bad’ bacteria. An example is Clostridium difficile; certain strains produce the harmful compounds enterotoxin and cytotoxin and these lead to clinical symptoms such as abdominal pain, nausea, fever and diarrhoea. One key aspect of gut health, therefore, is to ensure the good bacteria significantly outweigh the bad.

The consequence of this, in the context of the current viral pandemic, is significant. By ensuring your gut microbiota contains good bacteria you are reducing inflammation and making sure your immune system is able to focus on other threats, such as viral infection.

One question remains. How can you ensure your gut microbiota is as healthy (i.e. contains as many good bacteria) as possible? The following 4 steps should help.

1. Diet is essential. As noted above, when you eat you are feeding your bacteria as much as, or even more than, yourself. Try to eat a balanced diet, high in vegetables, good fats and fibre. It’s really easy when in isolation at home, or grabbing fast food between hospital shifts, to eat nutritionally-poor foods. Even a few days of healthy eating can change the balance of good and bad bacteria in your gut. If you know there are certain foods that make you feel bad, then avoid them! A good example is bread; for a lot of people, this leads to bloating. Have you considered why? Because your bad bacteria are digesting the carbohydrate and producing gas as a waste product.

2. Use your exercise allowance. The Government is allowing you to take exercise outdoors once per day so use your allowance! Walking, running or any other activity has been shown to increase blood flow, raise endorphins and lower stress. And if poor gut health can lead to inflammation and stress it follows that stress can lead to poor gut health (communication between the microbiota and the immune system is a two-way street). And you can exercise indoors as many times as you like!

3. Consider your mental health. We are in unprecedented times and many of us will have raised anxiety levels and/or other mental health issues. Stress, gut health and mental health are all interrelated, so improving one improves the others. Take time to be reflective, talk to others and see what works for you in reducing stress. 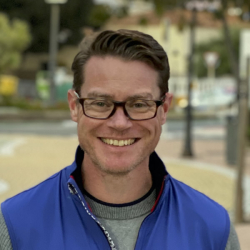 Professor Gaisford has a Chair in Pharmaceutics. He joined the School in 2003, having previously been a Lecturer in Pharmaceutical Science at the University of Huddersfield. He undertook his PhD at the University of Kent at Canterbury, under Professor AE Beezer and then held Postdoctoral Research Assistant posts at the School with Profs DQM Craig and G Buckton. Prof Gaisford is an Honorary Teaching Fellow at the University of Manchester and Past Chair of the Thermal Methods Group (Royal Society of Chemistry). He has published 148 papers, 8 book chapters and 4 books and received the 2006 Stig Sunner award from the US Calorimetry Conference.