Rapper 21 Savage is not a ‘poster child’ for immigration, lawyer says

Rapper 21 Savage is not a “poster child” for immigration because of his criminal conviction, a lawyer has said. The Grammy-nominated musician, whose real name is Sha Yaa Bin Abraham-Joseph, was arrested during a targeted operation in Atlanta, Georgia over the weekend. The US Immigration and Customs Enforcement (ICE) said he is a British national who is 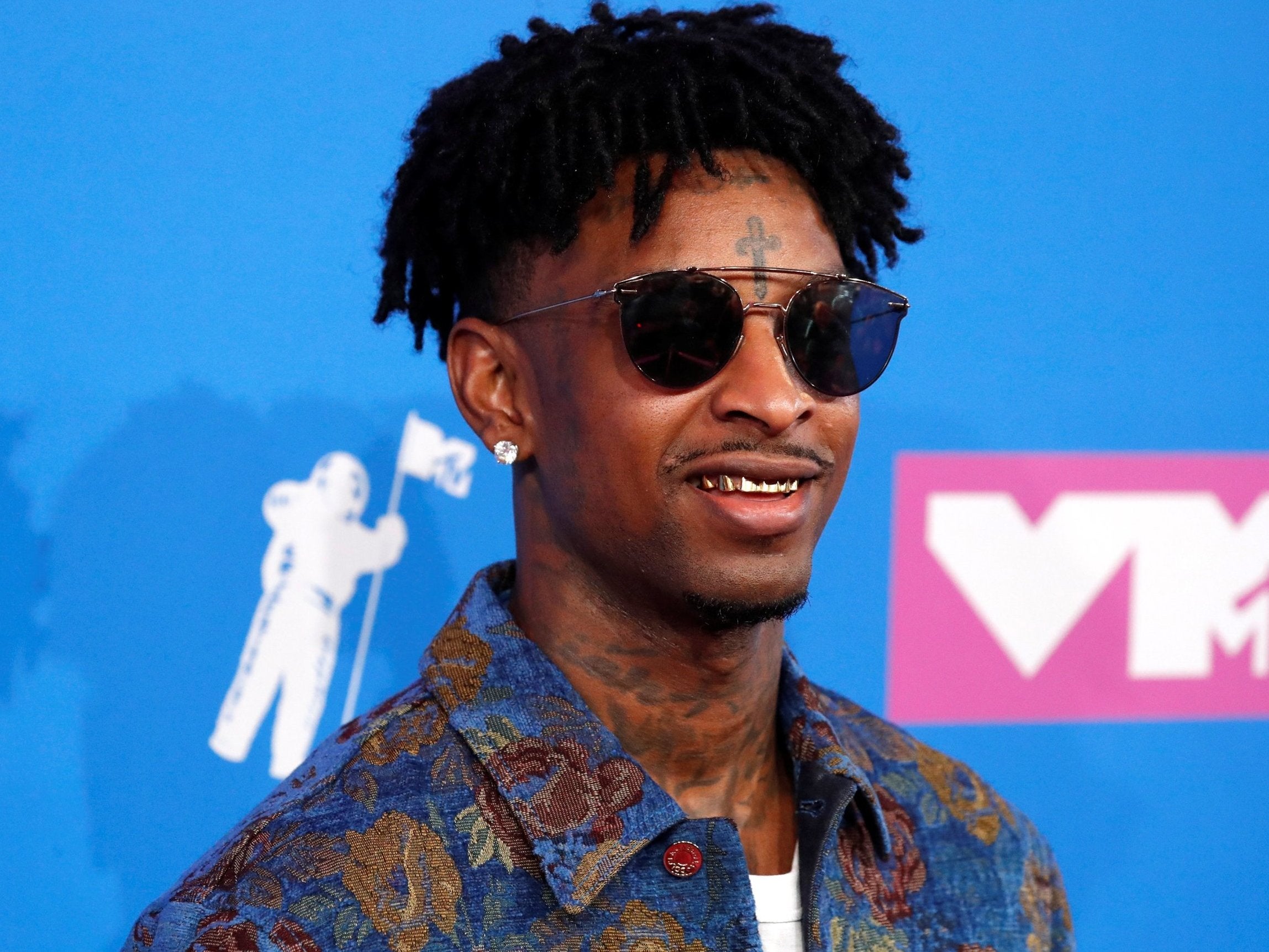 Rapper 21 Savage is not a “poster child” for immigration because of his criminal conviction, a lawyer has said.

The Grammy-nominated musician, whose real name is Sha Yaa Bin Abraham-Joseph, was arrested during a targeted operation in Atlanta, Georgia over the weekend.

The US Immigration and Customs Enforcement (ICE) said he is a British national who is in the country “unlawfully” after legally moving to the US on a now-expired visa in 2005.

According to a birth certificate obtained by MailOnline, 21 Savage was born in Newham, east London on 22 October 1992.

ICE says he was convicted on felony drug charges in October 2014.

Anastasia Tonello, an immigration lawyer with New York-based Laura Devine Attorneys, said the musician could be a “good case” for Donald Trump‘s administration, which has cracked down on immigration.

“He is obviously not a poster child to stay,” she said. “It’s probably a very good case for the administration. Even if they did not do it in an overt way, he is not sympathetic. The story may change but the fact is he has been convicted of something, he did not finish high school – he does not exude sympathy.”

Ms Tonello said 21 Savage could be subject to a 10-year ban to the US for overstaying his visa by more than 12 months, but could apply for specialist permission to enter the country to perform.

The lawyer said it is surprising ICE was not notified of 21 Savage’s criminal conviction in 2014, as Atlanta is not a Sanctuary City for immigrants and authorities usually share information with immigration officials.

She said his staying in the country may have been a case of “priorities”, adding: “It shows a dysfunction with the system. They have someone right under their noses. I doubt it was any reason except poor system processing.”

ICE has been approached for comment over whether they were informed of 21 Savage’s conviction in 2014.

21 Savage was in ICE custody in Georgia this week while awaiting a federal immigration judge to determine future actions.

After news of his detainment broke, a spokesman for the British Foreign Office said: “Our staff are in contact with the lawyer of a British man following his detention in the US.”

Dina LaPolt, the rapper’s lawyer, said over the weekend that his legal team is “working diligently” to free him from detention while they “work with the authorities to clear up any misunderstandings”.

21 Savage is nominated for two Grammy Awards at this weekend’s ceremony, including record of the year for the chart-topping track Rockstar with fellow rapper Post Malone.

The 26-year-old released a new music video last week for his song A Lot featuring J Cole, from his new album I Am I Was, which was released in December.

The record, his second studio album, reached 33 in the UK albums chart and debuted at number one on the US Billboard 200.

He has collaborated with the likes of Drake, Cardi B, Travis Scott and Childish Gambino, and was previously in a relationship with model and actress Amber Rose.

Stars from the world of hip hop have shared their shock at 21 Savage’s detainment, with US rappers including Lil Yachty and Meek Mill calling for him to be freed from custody.