A glimpse of life at Whaddon Hall 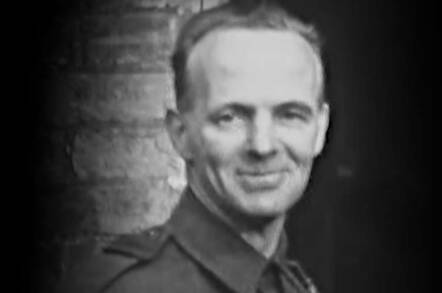 Vid An astonishingly rare film documenting British intelligence personnel, linked to the code-breakers at Bletchley Park, has been released by the park’s trust, offering a glimpse of unsung heroes who helped win the Second World War.

The 11-minute silent film, a compilation of black-and-white and color clips from 1939 through 1945, depicts some of those who worked at Whaddon Hall, Buckinghamshire, England, for MI6’s communications group, known then as Section VIII.

The footage was handed to the trust in its original film canister by a donor who asked not to be identified. The trust asked World War II veteran Geoffrey Pidgeon, who joined Section VIII at the age of 17, to authenticate the footage. As documented in a video about the material – see below – Pigeon recognized his father, Horace “Pidge” Pidgeon, who also worked at Whaddon during WW2 providing radio gear for field agents.

Section VIII officers at Whaddon received decoded intelligence coming out of the Government Code and Cypher School at Bletchley Park, a Victorian mansion that sits about six miles to the east in the town of Milton Keynes, about 54 miles northwest of London. The group’s wireless operators then distributed the hush-hush information to Allied commanders as deemed necessary.

Several individuals depicted in the film have been identified. These include: Brigadier Richard Gambier-Parry, head of SIS Section VIII at Whaddon during the war; Bob Hornby, first engineer; and Ewart Holden, stores officer.

The trust is asking those who view the film and recognize someone to get in touch via email.

Bletchley Park is perhaps best known for the work done by mathematicians Alan Turing and Hugh Alexander, among others, to break the German Enigma codes and other ciphers.

Peronel Craddock, head of collections and exhibitions at Bletchley Park, expressed delight that the film has been given to the trust where it can be preserved.

“The Whaddon Hall film is a really significant addition to our collection,” she said in a statement. “Not only does it show us the place and the people in wartime but it’s the first piece of film footage we’re aware of that shows any of the activity associated with Bletchley Park at all.” ®

Sponsored:
Webcast: Build the next generation of your business in the public cloud