By Milly Vincent For Mailonline

This is the shocking moment two young thugs can be seen attempting to snatch a woman’s bag from body while cycling past.

The bag is strapped over the woman’s shoulder meaning she is dragged along the pavement by the hooded thug.

Unrelenting, the mugger continues to pull at her bag until he decides to give up and cycle away, leaving the woman on the floor.

Shaken, the woman picks herself up off the pavement and collects her possessions which have spilled onto the road from her bag.

The CCTV was posted to a page named ‘biker biker’ on Facebook, which called for the young men to be identified. 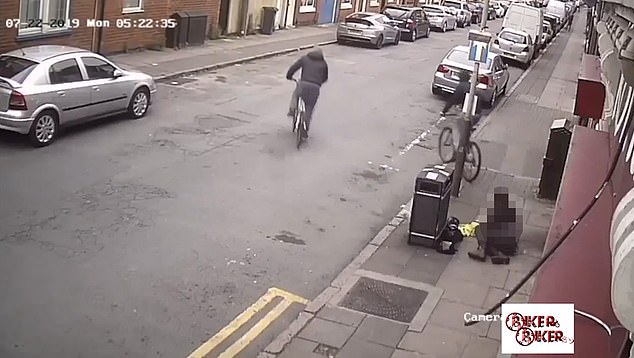 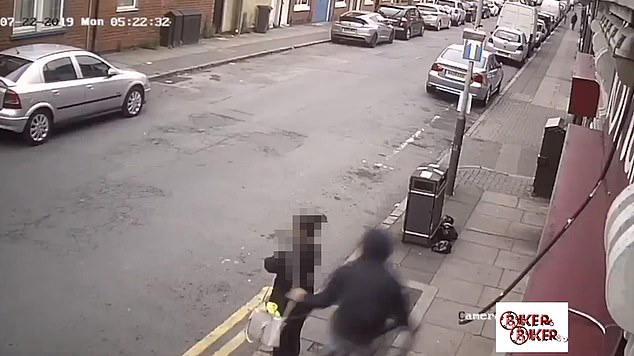 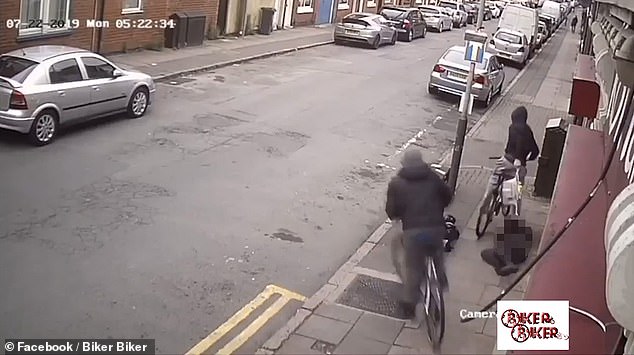 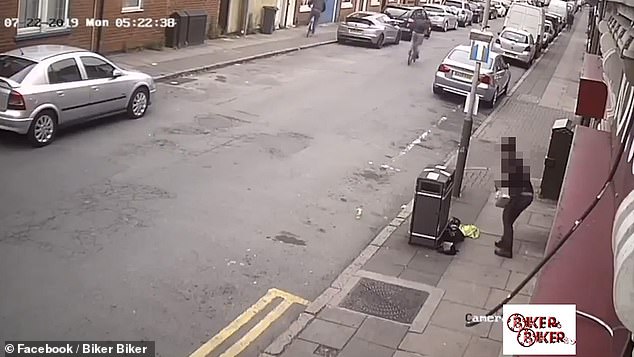