A growing number of sleep-deprived couples are now spending their nights apart in their own bedrooms so they can enjoy a good shut eye. Pesky bedtime habits such as snoring, different schedules, insomnia, body heat, tossing and turning, and even blanket stealing are causing disruption between the sheets. As research shows about 200,000 Australian couples

A growing number of sleep-deprived couples are now spending their nights apart in their own bedrooms so they can enjoy a good shut eye.

Pesky bedtime habits such as snoring, different schedules, insomnia, body heat, tossing and turning, and even blanket stealing are causing disruption between the sheets.

As research shows about 200,000 Australian couples are now sleeping in separate beds, there’s been a rise of the ‘sleep divorce’.

‘They get enough rest and they feel like they are able to hear each other out and get their needs met.’ 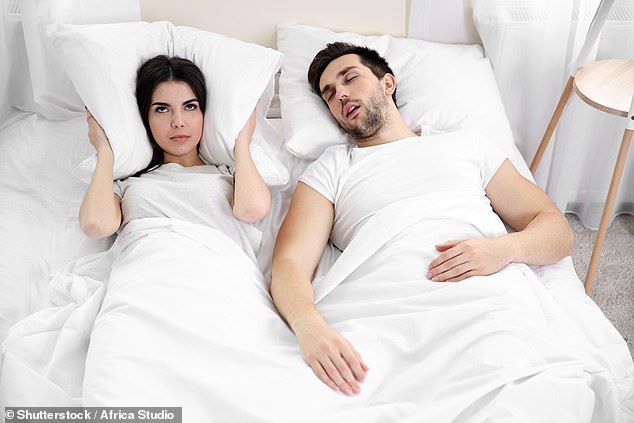 In April last year, Jennifer Adams, 53, revealed she and her husband Fraser Mackay, 51, were happily married for 14 years despite sleeping in separate bedrooms.

Speaking to Daily Mail Australia, Ms Adams busted the myths about separate sleepers, and how the arrangement made her marriage stronger than ever.

‘Show me the stats of the divorced couples who shared a bed every night,’ she said.

‘Sleeping in separate rooms does not mean the end of a relationship, it’s just a way of doing maintaining our relationship.

‘Talking about it openly becomes more socially acceptable. You would be surprised at how many happy married couples out there already doing this.’

Ms Adams – who’s the author of Sleeping Apart Not Falling Apart – said couples should not resist sleeping apart if it means a better night’s rest. 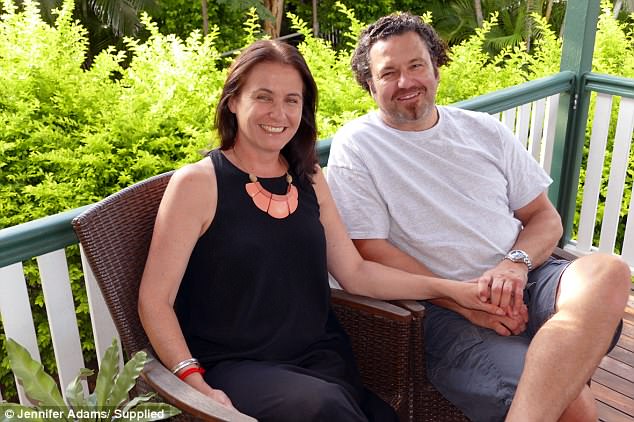 ‘It’s practical. If you’re being disturbed by your partner’s snoring, and you’re not getting enough sleep, then you need to do something to restore yourself,’ she said.

‘The key message is this should be done for health. Sleeping is such a luxury and if you’re not getting enough, ask yourself: If your partner is disturbing your sleep? If so, then you should consider sleeping in separate rooms.

‘Be explicit with each other and have those rituals so you know everything’s okay. Be honest about why you’re doing this – that’s your key to send it into success.

‘If you’re doing it because there’s issues in your relationship, then you need to address those problems first.

‘It’s not a black-and-white issue. Consider sleeping separately sometimes. You might need sleep on some days because of work commitments or you just need a good night’s sleep.

‘We are both well rested now, it was such a key drive for us. We are both people who needed sleep, and the separate rooms took away that tension of both being tired.

‘Talk to your partner. Be confident in your decision and just be proud about it. If you’re doing it for the right reasons, then you don’t have anything to worry about.

‘Just remember, it’s not you, it’s about sleep.’ 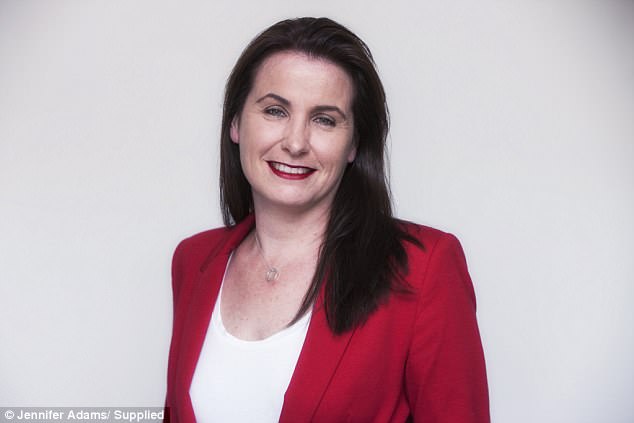 Last year, Sydney’s sexologist Dr Nikki Goldstein said sleeping in separate bedrooms can actually be good for your relationship if you approach it the right way.

She shared her tips to make a ‘sleep break-up’ work for you – and how you can tell your partner about the sleeping arrangement without hurting their feelings.

‘We all have a fantasy that the perfect, ideal relationship is that you both go to bed at the same time, and potentially have sex when you do,’ she told Daily Mail Australia last July.

‘But look at the facts, sleeping has nothing to do with intimacy, we all need sleep to survive.’

Australian specialist mattress and bedding retailer Bedshed found in its research that tens of thousands of couples are now sleeping in separate beds.

‘It’s quite common for couples to sleep in separate bedrooms but people don’t like to admit it because they fear others might think there’s something wrong in their relationship,’ Dr Goldstein said.

So if you’re struggling with restlessness, she said there are ways to talk about your sleeping issues with your other half without offending them.

‘If you do decide to sleep in separate bedrooms because you both have a busy lifestyle, make sure you lock intimacy time. Compensate not sleeping in the same bed and have a schedule to spend time together.

‘What I don’t encourage couples doing is permanently sleeping separately. Maybe once or twice a week so you can get a full night’s sleep – and you’re not waking up grumpy and resentful – it’s that resent that leads to other layers in your relationship.’