The mother and father of four young children who died in a ‘gas explosion’ at their terraced home have been arrested for gross negligence manslaughter.  Natalie Unitt, 24, and her partner Chris Moulton, 28, leapt from the first-floor window with their youngest child, Jack, two, after the inferno broke out on Tuesday. The couple’s sons,

The mother and father of four young children who died in a ‘gas explosion’ at their terraced home have been arrested for gross negligence manslaughter.

Natalie Unitt, 24, and her partner Chris Moulton, 28, leapt from the first-floor window with their youngest child, Jack, two, after the inferno broke out on Tuesday.

The couple’s sons, Olly, three, and Keegan, six, died alongside their daughter Tilly, four, and Miss Unitt’s eldest child, Riley, eight, who was from an earlier relationship.

Mr Moulton is understood to have received treatment for burns and Ms Unitt for smoke inhalation.

The couple are thought to still be in hospital, but their injuries are not thought to be life-threatening.

It remains unclear what caused the fire but early suggestions have pointed to a ‘gas explosion’, which could have been sparked by a faulty boiler.

Parents Natalie Unitt and Chris Moulton sit behind children killed in fire (left to right) Tilly, who was four, Keegan, who was six, Olly, who was three, and Riley, who was eight. The picture is from 2016 before they had baby Jack, now two, who survived the blaze with his parents 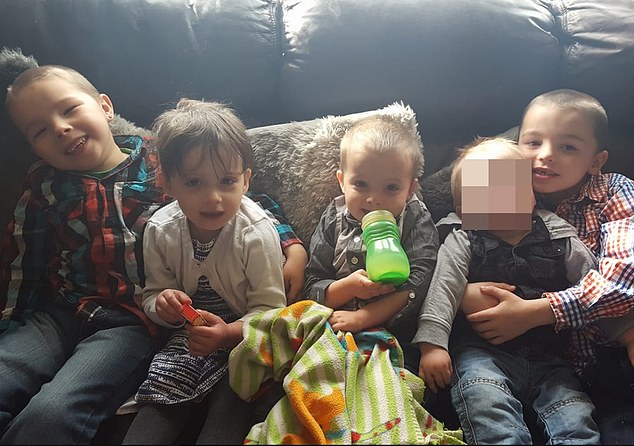 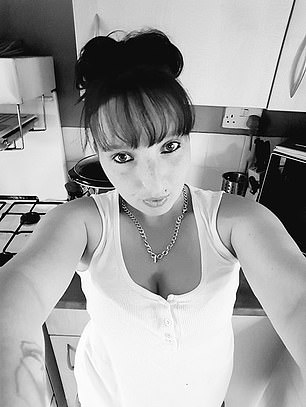 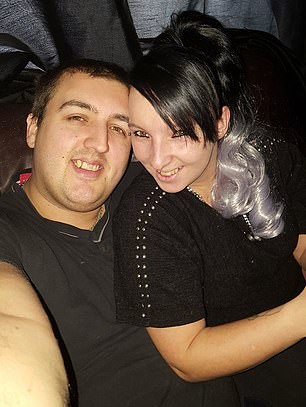 The children’s mother is Natalie Unitt. She and her partner Chris Moulton (right) were treated in hospital after escaping the fire by jumping out of a window

Firefighters, police and ambulance crews scrambled to the house in Stafford at around 2.40am, on Tuesday.

Witnesses reportedly heard mum-of-five Natalie screaming: ‘My babies, my babies!’ as the fire tore through the family home.

Staffordshire Police confirmed the man and woman were arrested at 1.30pm today.

Part of the roof collapsed, with the windows smashed and the inside appearing to have been blackened by smoke.

A fundraising page set up for the family of the four children has since reached over £28,500 – with more than 1,800 people donating money.

A spokeswoman for South Staffordshire Coroner’s Court said the post-mortem examinations of the four children have not yet been completed but their file had been passed to the coroner.

Emotional tributes have been paid to the youngsters, with teachers describing them as ‘bright, happy, loving and lively’. 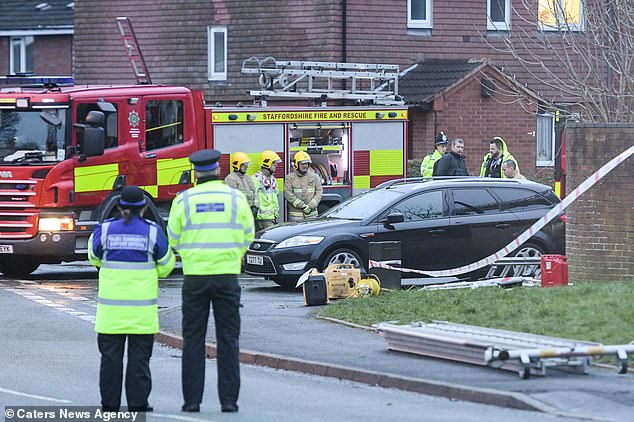 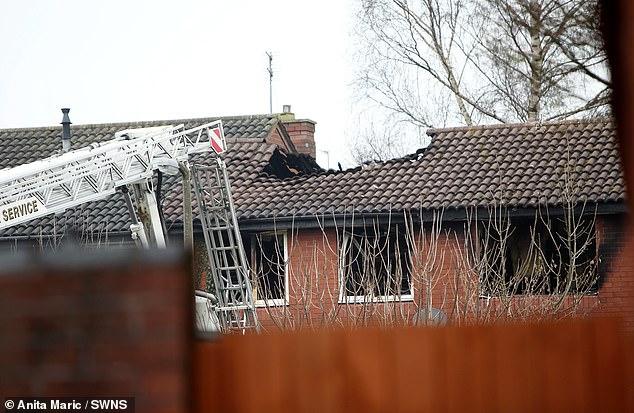 Police say four children died in the blaze and two adults, believed to be the children’s parents, were rushed to hospital along with another child

‘Following an update from investigators into the probable cause of the fire we have arrested a 24-year-old woman and a 28-year-old man on suspicion of manslaughter by gross negligence.

‘The arrests were made at around 1.30pm. The man and woman are in custody. This incident has had a huge impact on the community and we understand there will be confusion and a demand for information.

‘However, we would urge people not to speculate as to what may have happened and appeal for patience as the investigation continues. We will provide further updates as soon as we are able to.’

Staffordshire Fire and Rescue Service’s Deputy Chief Fire Officer, Rob Barber said today: ‘Our fire investigation team, working with forensic experts from the police, have been faced with extremely challenging conditions. We will continue to assist the police with their ongoing investigation.’

She described Riley as a ‘very confident, excitable member of school who came every day full of enthusiasm’, while Tilly, who attended the nursery, was a ‘happy little girl’ who ‘loved to read stories, dress up and paint’.

Mrs Glover said Olly, who was also at nursery, was a ‘happy, loving boy who loved cuddles’.

Kim Ellis, head at Marshlands School, where Keegan was a pupil, said he was ‘full of fun and mischief with a really endearing smile’. 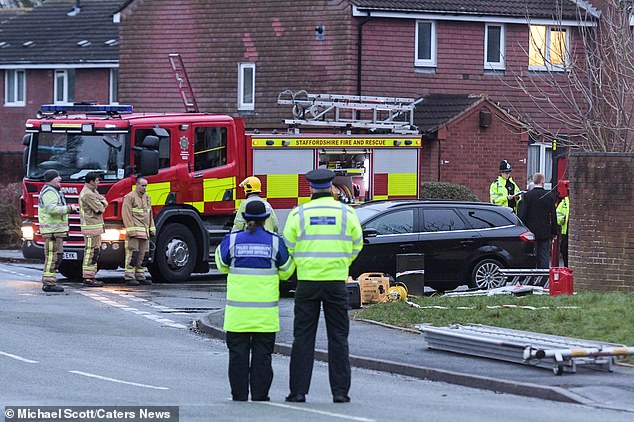 The teachers of the four children killed say the schools have been left heartbroken by the tragic events of this morning.

‘Riley was a very confident, excitable member of school who came every day full of enthusiasm.

‘He was a caring friend who hated to see anyone hurt or upset and would do his best to help or cheer them up.

‘Riley had a great sense of humour and an infectious giggle. He was a very bright and articulate boy who showed interest in all areas and was always keen to ask lots of questions.’

‘She was a friendly and caring child who loved to read stories, dress up and paint. Tilly was always proud of her achievements.

‘Olly was a happy, loving boy who loved cuddles. He was always happy to come to nursery and loved to be in the role play area with the dolls.’

Kim Ellis, head teacher at Marshlands Special School where Keegan was a pupil, said: ‘Keegan was lively, full of fun and mischief with a really endearing smile.

‘He loved school and everyone who worked with him loved him. We were all proud of him and the progress that he had made. It is very hard to accept what has happened. ‘

Both schools said they are offering support to help staff and fellow pupils following the blaze.