The model future: Here’s how 3D printing is changing how we view art

A few years ago, we were promised 3D printing would transform the world. In 2011, The Economist featured a 3D-printed Stradivarius violin on its front page, claiming that 3D printing “may have as profound an impact on the world as the coming of the factory did”. These enormous hopes for digital fabrication, and especially 3D printing, 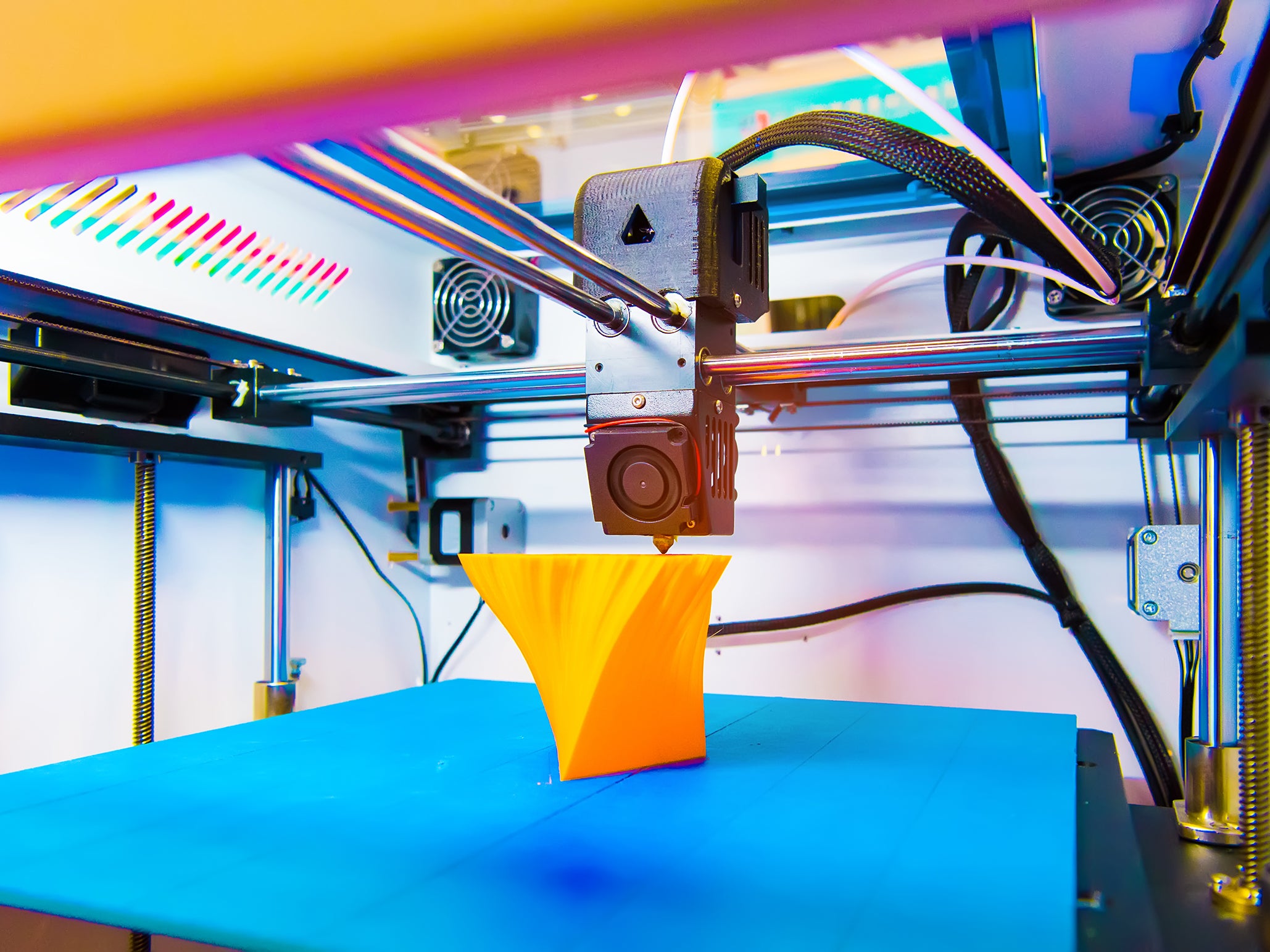 A few years ago, we were promised 3D printing would transform the world. In 2011, The Economist featured a 3D-printed Stradivarius violin on its front page, claiming that 3D printing “may have as profound an impact on the world as the coming of the factory did”. These enormous hopes for digital fabrication, and especially 3D printing, may have seemed overinflated. But perhaps the impacts are finally materialising.

The last few years have seen a steady period of experimentation and incremental technical advances. Fabricators realised that 3D printing had many limitations that needed to be taken on board for its successful application. In addition, the public’s initial excitement seemed, to many, slightly overblown. But despite this, enthusiastic claims about the technology should not be considered utterly absurd. The technology and its applications just need a bit more time, testing and evaluation to enter into our everyday lives.

Over the last decade, museums and other cultural institutions around the world have constituted one of the most exciting test-beds for 3D printing. This is probably driven by the nature of objects and sites which cultural institutions study, collect and display. Given their fragility and historical importance, collection objects cannot be touched and are normally exhibited to people behind enclosed glass displays.

But this is changing. One of the most well-known digital fabrication projects is the replica of Tutankhamun’s tomb in the Valley of the Kings in Egypt, made by the company Factum Arte. The replica – or facsimile, as the company calls it – allows tourists to experience the inside of the King’s tomb without harming the original burial site.

Meanwhile, the American Museum of Natural History has asked students to digitise, print and assemble dinosaur bones while identifying species like palaeontologists do. The MediaLab of the Metropolitan Museum of Art in New York has also created edible replicas of museum artefacts from ingredients like chocolate, cheese and rice for visitors to enjoy through taste.

And in January, Google’s Arts and Culture institute, the non-profit organisation CyArk and the American 3D printing manufacturer, Stratasys, announced an extended collaboration on the Open Heritage project. They aim to bring important monuments and artefacts around the world to life by physically producing small-scale versions of cultural heritage sites.

All of these examples demonstrate the breadth of 3D printing applications in cultural heritage. Some deployments might seem unusual. Others might spark discussions about the originality of artwork compared to “fake” reproductions or about the right to capture and widely distribute 3D printable models of museum artefacts online. Nonetheless, they all seem to contribute to the same quest: enabling people to learn, enjoy and better appreciate cultural heritage through multi-sensory experiences.

The power of replicas

Of course, replicas have long been produced. Copies of museum objects to touch have been made for centuries using traditional methods. After all, the material aspect of objects has a key role in our ability to perceive and understand the world through meaningful experiences. Being able to touch, explore the shape, feel the weight and even smell the replica of an artefact has the potential to transform cultural heritage experiences. In reality, these connections are the closest that most people could ever have with heritage objects.

What is new about digitally-fabricated replicas is that they can be extremely accurate with regards to the shape of the original – the reproduction process uses, among other means, high-tech laser scanners. The power of digitally fabricated replicas also lies in their digital nature. This means they can easily be stored, edited and shared across the world.

People interested in cultural heritage can access these digital replicas, for example from museum websites, and print them at home or at a nearby Fablab on a desktop 3D printer. Most importantly, these digital representations can also be easily manipulated or customised to satisfy different audience requirements under different interpretation scenarios.

Given the variety of applications and the popularity of the technology, exploring the way people perceive replicas and relate to them is therefore becoming more crucial. In our research, we seek to illuminate an audience’s connections with the physicality of replicas. Only by analysing these connections will we be able to design and produce the best possible replicas and activities to satisfy the needs of the audience.

Our research examines the potential of replicas to engage diverse audiences of cultural institutions. For example, visually impaired people can now experience custom-made replicas of objects to enhance their understanding of historical artefacts.

When testing a 3D printed relief of a Victorian environmental display from the Booth Museum in Brighton with visually impaired visitors, we discovered people need particular guidance when navigating the relief and its individual shapes. Visually impaired people find complex forms more challenging to understand. Visitors also discussed the idea of realism, saying they would like to have complementary material to touch, such as feathers. The existence of sound to complement the experience was also reported to be of great importance.

In addition, when examining people’s interactions with 3D printed artefacts at the new Archaeology Gallery of the Brighton Museum, we observed that visitors were hesitant to touch replicas or try hands-on activities with replicas. Interestingly, it seems that some of the “no-touch” qualities of the original artefacts have been inherited by the replicas. In these cases, clear guidance, thoughtful design and audience motivation should make the replicas, and the environments in which they are displayed, as inviting as possible for visitors to interact with.

Despite the efforts of the cultural heritage sector, it seems physical barriers are still raised between museum artefacts and people. And perhaps the learned mental barrier is greater than the physical one. But research and practice can find ways to overcome this legacy: one replica at a time.