The return of the House of Commons is a joke. Westminster continues to fail by example

Outside a pub in Somerset, Jacob Rees-Mogg’s mum once tried to explain to me how it was that she had come to raise a son who appeared to observers to be several orders of magnitude posher than either of his parents and any of his siblings. “We’re not posh,” she said. “He’s always just been 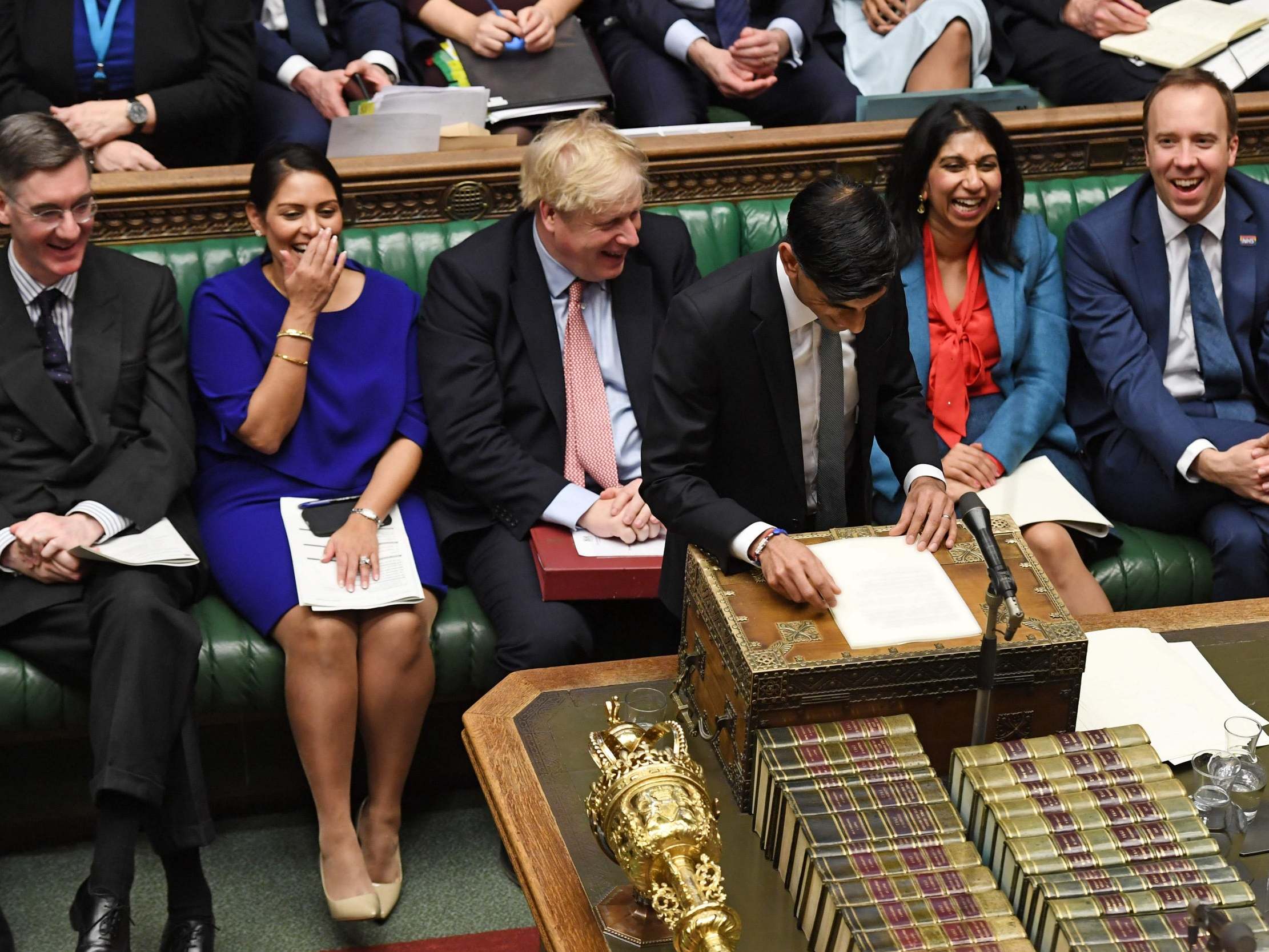 Outside a pub in Somerset, Jacob Rees-Mogg’s mum once tried to explain to me how it was that she had come to raise a son who appeared to observers to be several orders of magnitude posher than either of his parents and any of his siblings.

“We’re not posh,” she said. “He’s always just been like this. He’s always wanted to be a Tory MP.”

She then said how, when he was a very little boy, he would stand in his pyjamas in front of the fireplace, put on a blue rosette and perform his maiden speech.

It’s an endearing tale, in its way. Of how the little boy who just so happened to be born a middle-aged Tory MP, came to be just that.

Those of an unkind disposition might look upon the heavily stylised voice, the double breasted suits, the opera coats, and think “complete fraud”. Those more generously inclined might prefer “committed method actor”.

Stories of Daniel Day-Lewis ordering flat whites in Starbucks and insisting his name is Abraham Lincoln tend to be exaggerated. Jacob Rees-Mogg on the other hand has never let the mask slip on the Jacob Rees-Mogg character in getting on for half a century.

Inside the middle-aged Tory MP who was never a boy, is a boy who has never grown up. Only a seven-year-old pretending to be an adult would come up with the kind of plans Jacob Rees-Mogg has for how the House of Commons will function when it needlessly returns in full form tomorrow.

The current plan is for MPs to vote by forming a fully one kilometre-long queue that will spread not even all the way across the parliamentary estate, but also up and down staircases, spreading itself over three floors. It will turn the BBC Parliament channel into a very weird, very niche, Big remake, in which a very small boy pretending to be a grownup has somehow had his dream come true and been put in charge of the houses of parliament.

It is hard to say whether it shed new light on the utterly dysfunctional state of our country. It is so bathed in such light these days it is a full on whiteout, the glare so intense as to render the glaringly obvious invisible.

It is not merely in Brussels where they vote by pressing a button; they do it in Holyrood too. But a country which is still drawing upon the mid-nineteenth century as the source of its greatness has little choice but to pretend it still is such a time. We must remain in character too, like the lone school teacher in fancy dress on Comic Relief day, not quite realising the laughter is very much of the “at” not “with” variety.

Jacob Rees-Mogg still genuinely believes parliament must return to “set an example” to the rest of the country, even as it continues to instruct the rest of the public that they must work from home if they can, while refusing to do so themselves.

Trains and planes will have to be caught, so that people can stand in mad lines for hours on end, to do in person what last week they did on their laptops.

In some ways it’s consistent. It’s quite possible Rees-Mogg has calculated that, in these surreal times, the public will find it almost reassuring to see their political paymasters telling them to do one thing, then doing the opposite themselves. That’s the British way, after all.

The alternative would be the government telling people not to travel to work unless they have to, and then actually following that advice themselves.

This is just not the time for that kind of radicalism. If the politicians suddenly choose now as the time to start doing themselves what they expect of others, it will send us over the edge. Entirely sane members of the public would leap from rooftops in the certain knowledge they’ll wake before they hit the ground.

It is now several months since the House of Commons was too arrogant to close when it should have done. Is it any more shocking now, any more surprising to look back on the 11th March and recall the budget being delivered in a packed House of Commons, about 20 yards from the Westminster office of the health minister Nadine Dorries, which had police tape across it, and makeshift signs with “Covid-19: Do Not Enter” stuck on the door?

Probably not. And it is no less shocking, nor surprising, to learn that months later, parliament hasn’t learned a thing. All subject for the inquiry, no doubt. All evidence for what happens when you let a country be run by a clique of absolute chancers, dressing up as bigger boys, acting out their little fantasies like it’s a Murder Mystery Weekend.

Except that it’s not a weekend. It’s been months. And there’s a hell of a lot of victims.