Theresa May Could Yet Make Ending The Housing Crisis Her Legacy

Jack Taylor via Getty Images Conservative peer Lord Porter rose to his feet last week to say Theresa May might just go down as one of the “best prime ministers of the 21st Century” for her efforts to boost social housebuilding.  All politicians are prone to hyperbole, and it’s certainly too early for any victory 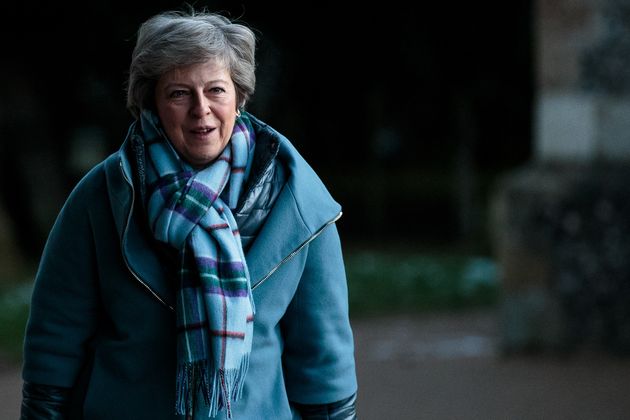 Conservative peer Lord Porter rose to his feet last week to say Theresa May might just go down as one of the “best prime ministers of the 21st Century” for her efforts to boost social housebuilding.

All politicians are prone to hyperbole, and it’s certainly too early for any victory dances; meaningful action to remedy the chronic shortage of social housing feels like it’s been stifled by the maelstrom of Brexit. A maelstrom that’s sucking up crucial air-time that could otherwise be dedicated to fixing burning domestic issues like housing.

And it seems like the public aren’t feeling that optimistic either.

In recent focus groups, the public told us they are especially frustrated that the on-going Brexit process is distracting politicians from the issues that really matter to them, like: NHS cuts, the high cost of living, housing shortages and precarious employment. Some worry out loud that ‘dragging out the negotiations’ is an excuse to insure against these other failures.

Housing – once a stranger to the public’s list of most pressing issues – is now a regular feature. It is commonly cited in focus groups as a major symbol of the inequality that many rail against. Younger people are worried they’ll never make it on to the housing ladder, while others comment on the dramatic rise in homelessness, mentioned with a frequency that I haven’t heard since the mid-nineties.

In fact, housing is so vital to people’s lives and wellbeing that if Theresa May were to orchestrate the end of the housing crisis as Lord Porter seems to think she might, she would leave behind a proud legacy.

Concerns about housing cut across age, gender, geography, class and education. They also speak to a deep sense of inequality. Nearly two thirds of the population define themselves as ‘have-nots’, while focus group members in small towns often describe their area as a ‘left behind community’.

It is against this backdrop that BritainThinks got on board with Shelter’s ambitious social housing commission, helping to provide an extensive in-depth programme of research exploring public attitudes towards housing.

Our research which included polling, in-home interviews and citizen workshops with thousands of social tenants, private renters and homeowners cemented just how vital decent housing is. It is fundamental to people’s physical and mental health, ability to find work and their capacity to plan properly for the future.

It also showed us what people value most in housing. As well as important practical considerations such as fair and affordable rent and properties in good condition – the message was loud and clear – people crave more security. This matters so much in creating the sense that your house or flat is somewhere you can call your home.

We learned that secure housing is an essential part of bringing communities together. Social housing tenants are significantly more likely than private renters to feel part of their local community – 63% against 39%. They are also much more likely to agree that the people in their neighbourhood work hard to improve the local area – 55% against 33%.

This suggests that there is untapped potential to improve the fabric of our society by investing in social housing. In recent focus groups I asked what words people would use to describe the UK, the word that was chosen almost unanimously was ‘divided’. Surely now more than ever the government needs to do something truly bold that can heal these divisions.

Imagine what a well thought-out programme of social housebuilding could do to unite our divided society.  Sadly, with only 6,000 new social homes last year, the level of ambition is currently far too small.

This is why, underpinned by our evidence of the issues people are facing, Shelter’s commission reached a consensus around the need for 3.1million new social homes. This ambitious call would expand the offer of social homes to many more people – those in the greatest need, but also young families who will never afford to buy a home, and older renters facing insecurity into retirement.

Whatever the legacy of Brexit may be, Theresa May has the opportunity to create a better future for millions by delivering the social homes this country needs. And that is an opportunity – if she is bold enough to seize it – to make Lord Porter’s lofty claims a reality.