Donald Trump has doubled down on his call for the media to name the Ukraine whistleblower, praising such a proposal as “excellent”. Appearing at at event in Lexington, Kentucky, where the president was purportedly campaigning on behalf on the incumbent governor but spoke much more about himself, Mr Trump invited to the stage senator Rand 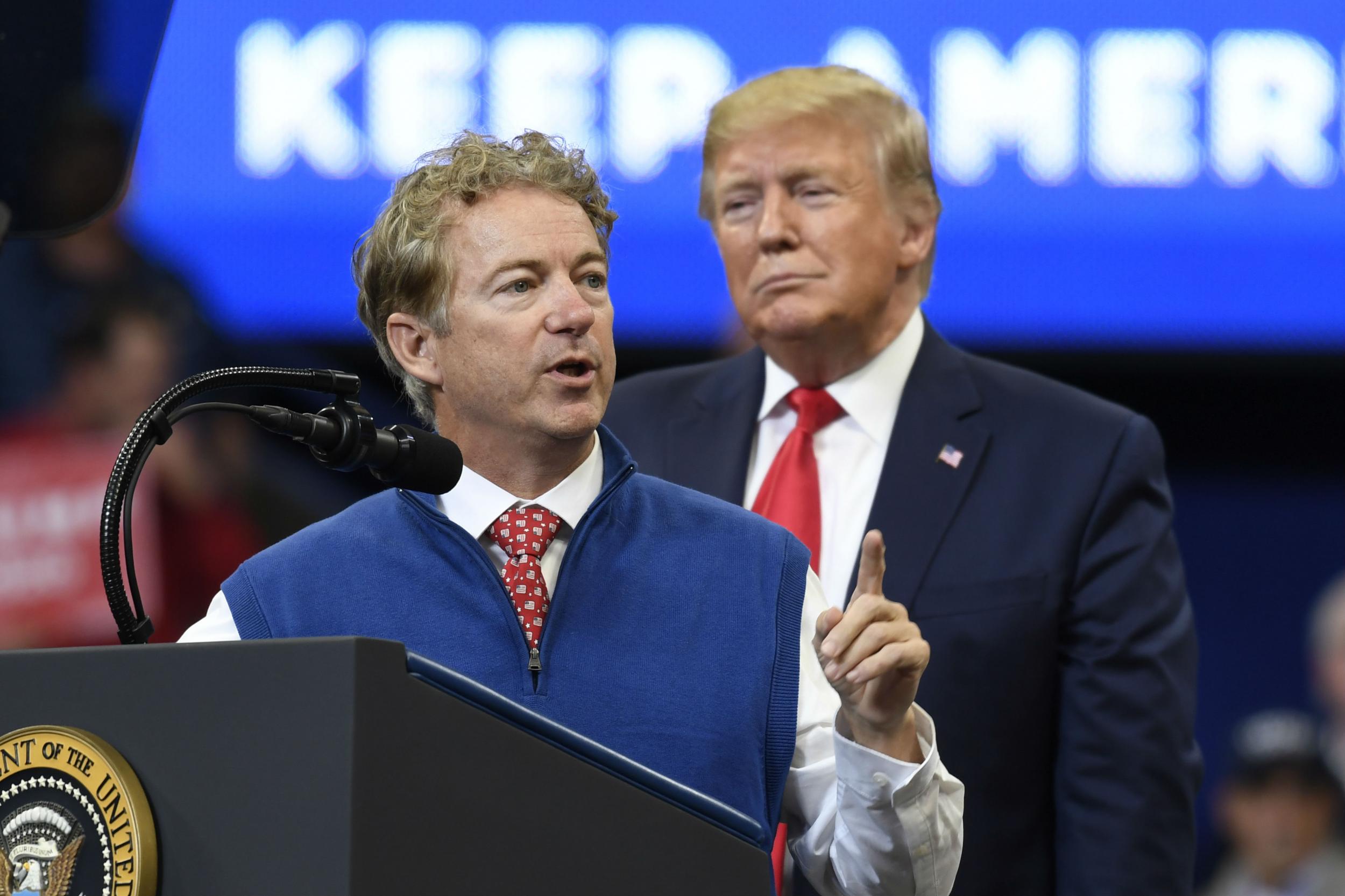 Donald Trump has doubled down on his call for the media to name the Ukraine whistleblower, praising such a proposal as “excellent”.

Appearing at at event in Lexington, Kentucky, where the president was purportedly campaigning on behalf on the incumbent governor but spoke much more about himself, Mr Trump invited to the stage senator Rand Paul.

Mr Paul claimed the whisltleblower had once worked for Joe Biden and that the media knew his name.

“Congress needs to step up… and defend the president,” Mr Paul said. “To every Republican in Washington step up and subpoena Hunter Biden and subpoena the whistleblower.”

“And, I say to the media, do your job and print his name.”

When Mr Trump retook the microphone, he said: “Wow, that was excellent. He’s a warrior.”

At the weekend, the president said something similar to reporters.

“There have have been stories written about a certain individual, a male, and they say he’s the whistleblower,” he said outside the White House.

“If he’s the whistleblower, he has no credibility because he’s a Brennan guy, he’s a Susan Rice guy, he’s an Obama guy. And he hates Trump.”

He added: “Now, maybe it’s not him. But if it’s him, you guys ought to release the information.”

It emerged in September that the whistleblower, believed to be a member of the CIA, had made a formal complaint about the president’s July 25 phonically with the leader of Ukraine, when he allegedly pressured him to open an investigation into the alleged actions of the former vice president and his son, Hunter.

Mr Biden has always denied any wrong doing over his actions as part of an international effort to get rid of a prosecutor who appeared to moving too slowly to investigate corruption, and there has never been any evidence to support it. Despite, this Republicans have leapt on the issue.

The whistleblower claimed Mr Trump had threatened to withhold military aid to Ukraine unless it launched the probe.

“In the course of my official duties, I have received information from multiple US government officials that the president of the United States is using the power of his office to solicit interference from a foreign country in the 2020 US election,” they wrote.

Mr Trump has denied any wrong and said his call with Ukraine’s leader,  Volodymyr Zelensky, was “beautiful”.

Yet it was enough for Democrats to launch a formal impeachment probe, something the House voted in favour of last week, with just two Democrats voting againsnt.

There have been concerns about the safety of the whistleblower, amid demand for them to be named. Their lawyers last week released a statement, neither confirming nor denying their client’s identity but warning of the danger that comes with any disclosure.

“Any physical harm the individual and/or their family suffers as a result of disclosure means that the individuals and publications reporting such names will be personally liable for that harm,” they wrote. “Such behaviour is at the pinnacle of irresponsibility and is intentionally reckless.”

Politico said over the weekend, one of the layers, Mark Zaid told CBS he  offered to have Republicans on the House intelligence committee submit questions to their client.

The offer, which comes amid Republican complaints of unfair due process in the impeachment inquiry, would allow them to directly question the whistleblower without going through the Democratic-controlled committee.