Trump slams Democrats and media after impeachment vote, says ‘I’ll do anything’ in Senate trial

Hours after members of Congress advanced impeachment articles against Donald Trump, the president railed against Democrats and the media in a White House appearance in which he said he would “do anything” he wants as the Senate prepares for an impeachment trial. During an Oval Office meeting with Uruguay’s President Mario Abdo Benitez, the president 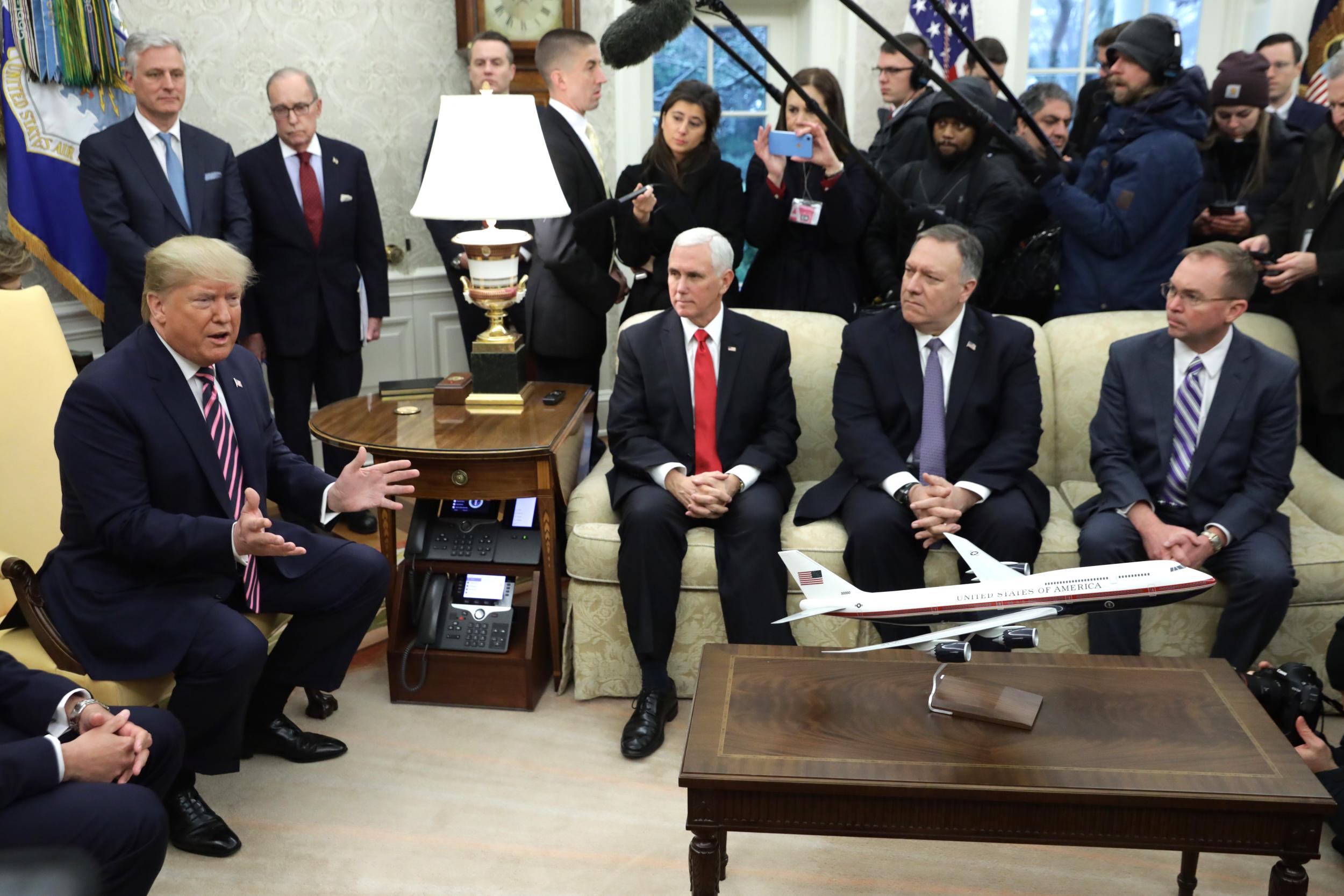 Hours after members of Congress advanced impeachment articles against Donald Trump, the president railed against Democrats and the media in a White House appearance in which he said he would “do anything” he wants as the Senate prepares for an impeachment trial.

During an Oval Office meeting with Uruguay’s President Mario Abdo Benitez, the president said Democrats were “trivialising impeachment” by supporting charges against him for obstruction and abuses of power in his dealings with Ukraine, which Congress has reported was pressured by the president to investigate his political rivals in exchange for military aid.

He said it’s a “horrible thing to be using the tool of impeachment, which is supposed to be used in emergency” and insisted that “nothing was done wrong”.

Asked whether he prefers a longer or shorter impeachment trial, which could begin after the full House votes to impeach the president next week, Mr Trump said: “I’ll do whatever I want.”

He said he liked South Carolina Senator Lindsey Graham‘s statement about a likely trial, at which Mr Graham would not call any witnesses.

Mr Trump also said he liked House Majority Leader Mitch McConnell‘s strategy, which would not only include dismissing the case against the president but also acquitting him of all charges.

The president said: “Look, there is… we did nothing wrong. So I’ll do long, or short. I’ve heard Mitch, I’ve heard Lindsey — I think they are very much in agreement on some concept. I’ll do whatever they want to do. It doesn’t matter.”

On Thursday, Mr McConnell told Fox that he is in “total coordination” with the White House as the Senate prepares for a trial.

He said: “Everything I do during this, I’m coordinating with the White House counsel. There will be no difference between the president’s position and our position as to how to handle this.”

In his remarks, Mr Trump added that he “wouldn’t mind” a longer trial so that he could hear from the so-called whistle-blower who reported a 25 July phone call between the president and Ukraine President Volodymyr Zelenksky, during which the president asked for a “favour” — which has been at the heart of the impeachment inquiry.

He accused the whistle-blower of being a “fraud” and writing a false report despite there being no evidence supporting that.

The president also lashed out at the FBI following the Department of Justice inspector general’s report​ and called agents involved “horrible people”.

Mr Trump mocked Lt Col Alexander Vindman — who reported the “improper” call and testified that Mr Trump had an interest in investigating Burisma — by calling him a “real beauty”.

He also appeared to blame the media for covering the investigation, saying: “Not all of it, but much of the media is corrupt. They’re bad people, they’re sick people.”

The full House is scheduled to vote on impeachment next week.

On Tuesday, the House Rules Committee will establish procedure for how the process will play out on the House floor.