The Department of Health has yet to post the official count, which is expected to be even higher and include deaths that occurred outside of hospitals.

Amid fears thousands of victims were being missed, ministers caved in to mounting pressure to include COVID-19 fatalities in care homes in the daily update.

But top statisticians argued the recount was still thousands short because only Brits who tested positive for the virus were included. One leading expert claimed the true number would be more than 30,000.

In other developments to the coronavirus crisis today: 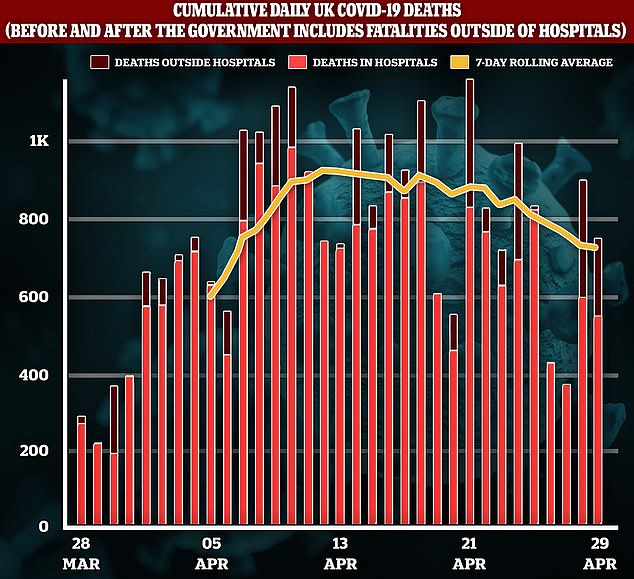 Slowly rising traffic: At rush hour 8am today traffic was up on the same day last week but down on yesterday . Congestion was  50% below  average today – almost as high as Monday’s busiest day of the lockdown yet when it was 49% below average. That was a 2% increase on last week 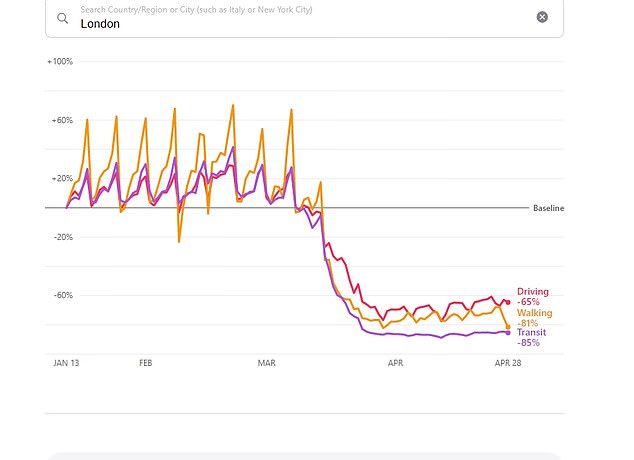 London: Apple mobility data for London also paints a similar picture. Driving has increased 2% this week and walking was up 8% at the weekend during the sunny weather but plunged when rain hit on Monday