Brexit uncertainty and tighter EU rules could lead to higher medicine prices and a greater risk of fakes entering the UK supply chain, leading European pharmaceutical companies have warned. Complications around the Falsified Medicines Directive (FDM), which comes into force on February 9, is one of many concerns the industry has ahead of the UK’s

Complications around the Falsified Medicines Directive (FDM), which comes into force on February 9, is one of many concerns the industry has ahead of the UK’s exit from the bloc, according to Dexter Tjoa, director of corporate strategy at Dutch supplier Tjoapack.

The new rules aim to guard against fakes in the medicine supply chain by putting extra protections on packaging and using special barcodes on all certified products, which can be scanned in stores to ensure authenticity.

But they could lead to an increased need for more stringent import checks after March 29,

Tjoa told HuffPost UK: “The added cost for stockpiling and managing the
additional logistics around release testing and storage will ultimately make healthcare in the UK more expensive and as a result make medicines less accessible.” 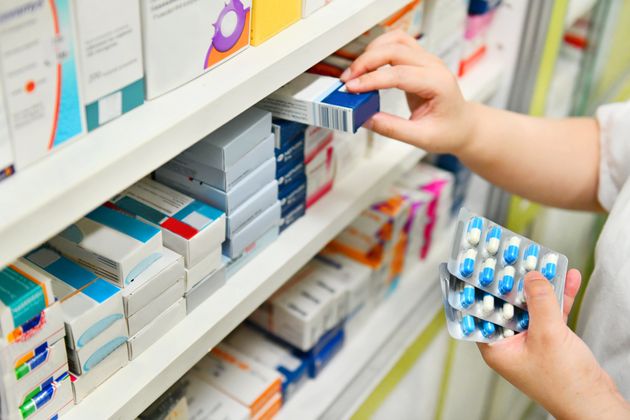 Tjoapack is a pharmaceutical packaging company managing millions of medicine packs a year, supplying to more than 40 markets globally. The company receives basic drugs and ensures they are packaged in the right way to meet the destination countries’ regulations.

Tjoa said he believed the UK’s desire to remain aligned to EU pharmaceutical regulations would mean the potential effects of no-deal would be limited in the short-term.

But in the long term, the supply chief warned “divergence” in regulations between the two institutions would increase the chance of fake medicines appearing in the UK.

The UK contributed to the development of the FDM – the first policy of its kind in the world – as an EU member state.

Last year, the government seized £2m of fake medicines in just one week.

Staffan Widengren, director of corporate projects at Recipharm, a Swedish pharmaceutical manufacturer, said uncertainties around the UK’s exit added level of “complexity” for the industry.

“If pharmaceutical firms are underprepared for the FMD and do not have contingency plans in place to manage a no-deal Brexit, this could have an impact on patient safety and patient access to medicines,” he added.

Recipharm employs more than 5,000 people and sells more than 600 products worldwide, from penicillin to inhaler cartridges.

Widengren added: “The reality is that not all pharma companies have reached compliance in time, meaning that unless they have stockpiled drugs manufactured before February 9, they will no longer be able to supply to the EU market.”

He said the British government must answer any lingering questions around the UK’s intention around the FMD post-Brexit.

The Association of the British Pharmaceutical Industry has said if the UK does not adopt regulations outlined in the directive, British consumers will be less well-protected from counterfeit drugs compared to their European counterparts.

He said: “This new system means that patients across Europe will have the best protection from fake medicines in the world.

“It would be an absolute travesty if NHS patients aren’t part of a system specifically designed to protect them.”

Companies represented by the ABPI want to see a Brexit deal struck as soon as possible, or at least an extended transition period to allow industries to adjust and make contingency plans.

Last month, HuffPost UK talked to independent community pharmacies who expressed their frustration at lack of clarity over the future of FMD security scanners and Brexit in general.

Pharmacists complained they had been required to invest significant money and hours in installing the new equipment and training staff in time for the February 9 deadline, even though they might not need it after March 29.

Indira Panchal, a pharmacist based in Bedford, said: “The FMD is the biggest issue, it’s a lot of hassle costing a lot and if we leave the EU we’re not sure what to do with them.”

Niall Dickson, chair of the Brexit Health Alliance, said: “No patient should suffer as a result of Brexit. A ‘no-deal’ without alternative arrangements to protect patients is simply not acceptable and could put lives at risk.”