UK to give Iraq more than £30m to rebuild hospitals, schools and power plants destroyed in Isis fight

The UK will give more than £30m to Iraq to rebuild hospitals, schools and power plants destroyed in the fight against the Isis, the Middle East minister has said, two days after urging the war-torn country to wean itself off an economic reliance on Iran. The aid package was announced by Alistair Burt during a 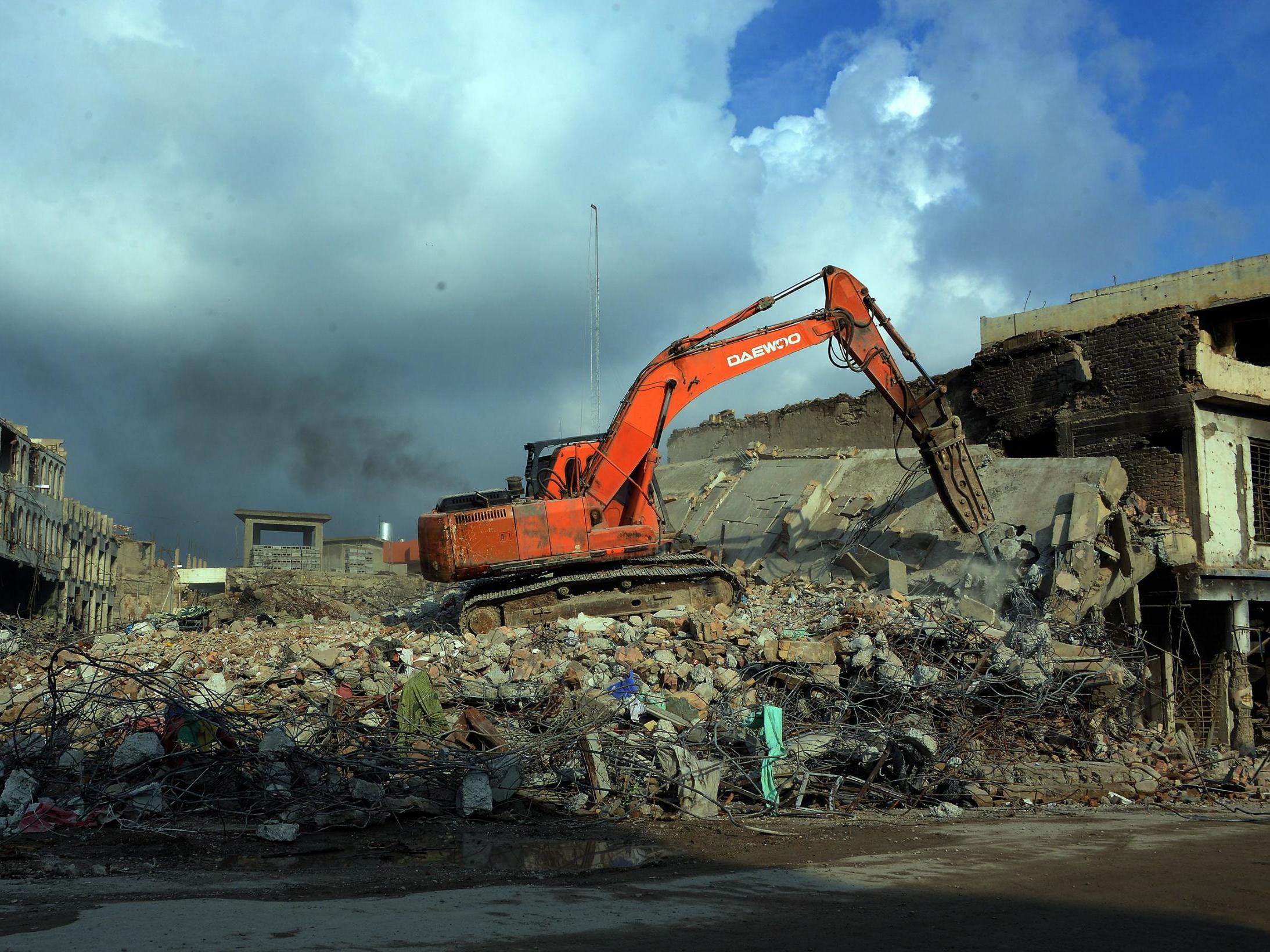 The UK will give more than £30m to Iraq to rebuild hospitals, schools and power plants destroyed in the fight against the Isis, the Middle East minister has said, two days after urging the war-torn country to wean itself off an economic reliance on Iran.

The aid package was announced by Alistair Burt during a four trip to Iraq, where the UK became the first donor to a newly-formed international fund to put the country back on its feet.

The UK plans to allocate £16m to help rebuild neighbourhoods flattened during the battles against the global terror group, as well as £6.9m for the rehabilitation of critical infrastructure like factories and £10m for the country’s humanitarian response.

Mr Burt said he hoped that the money would allow some of the 1.8 million people currently displaced in Iraq to return home and “restart their lives”.

He added that it was part of his commitment to “tackle the persecution of Christians across the globe”.

“There is much to be celebrated about Iraq’s progress since the territorial defeat of [Isis] in 2017. But there is more to be done to help Iraq develop the strong, stable future, decided on by all Iraqis, that its people deserve,” the minister said from Baghdad, where he held talks with Iraqi president Barham Salih, the prime minister Adil Abdul Mahdi, and the foreign minister.

He also met the prime minister of the Kurdistan regional government, Nechirvan Barzani, and the prime-minister designate, Masrour Barzani.

“I am proud that we will be the first donor to the Iraq Reform and Reconstruction Fund. UK aid will provide vital support to the people of Iraq as they rebuild their lives, their businesses and their economic independence,’ he added.

The Department for International Development (DFID) said the funds will also be used to “unlock Iraq’s economic potential”, make it more business-friendly, generate jobs and boost the potential for enhanced future trade with the UK and other countries.

The move comes just two days after Mr Burt urged the Iraqi authorities to wean itself off economic reliance on Iran and become more energy self-sufficient.

Iranian officials travelled to Baghdad earlier this month to push for expanded trade and energy ties with Iraq, including keeping natural gas flowing there where it accounts for 40 per cent of the country’s electricity needs.

In November Iranian president Hassan Rouhani said that economic relations between the two countries reached about $12 billion in 2018, but that Tehran hopes that will almost double this year.

The UK and other US allies worry that US president Donald Trump’s surprise announcement that he will pull US troops out of Syria will only embolden Iran in the region, and in particular Iraq.

Over recent years Tehran influence has grown in Syria, where its forces are fighting alongside Syrian regime troops and in Iraq where many powerful paramilitary groups are deemed to be loyal to Tehran.

Washington has previously pressured Iraq to halt imports of Iranian gas and hopes to counter Iranian influence through renewed sanctions.

“To expect Iran to have no influence in Iraq is fanciful,” he said from the British Embassy in the Iraqi capital.

“What is important is that Iraq finds the opportunity to follow its own future in terms of foreign relations and that its economy is strong and isn’t reliant on Iran.”

“The sooner all its oil wealth can come on stream and can capture all the energy that is sometimes not used as effectively as possible … The better,” he added.

Iraq’s oil export capacity is nearly 5 million barrels per day, but it is pumping below capacity in line with an Opec agreement to stabilise prices.

Washington hopes it can reduce its gas flaring to satisfy domestic energy needs and rely less on Iranian power imports.

On Sunday Mr Burt said there were ideas for more power projects in Iraq.