Voters want neither Boris Johnson or Jeremy Hunt to be the next PM, poll shows

A majority of the public would choose neither Boris Johnson or Jeremy Hunt to be the next prime minister if given the chance, a new poll has revealed. Conservative members are widely expected to elect Mr Johnson as their next leader in the upcoming ballot, leaving Mr Hunt scrambling to make up ground before the 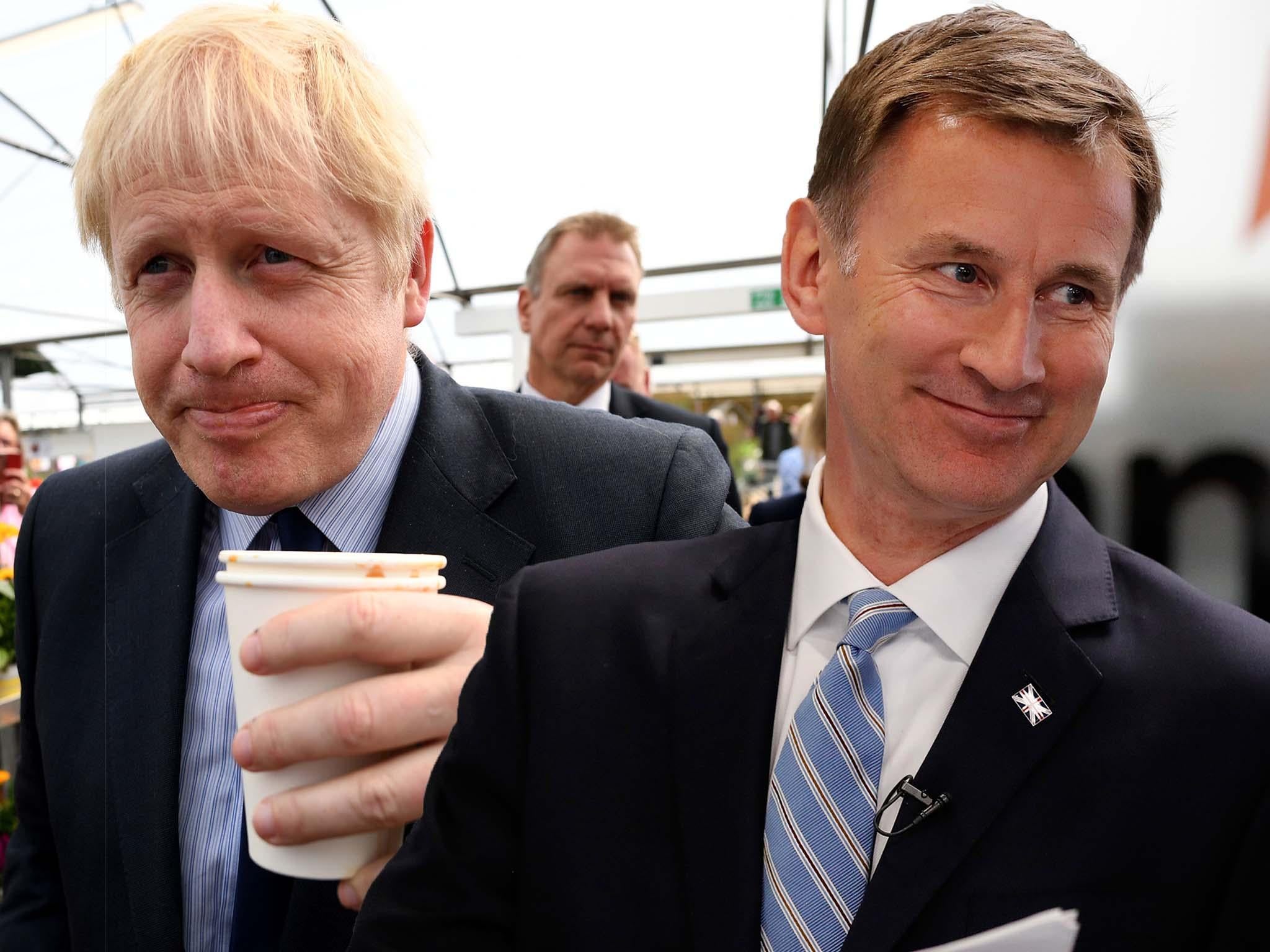 A majority of the public would choose neither Boris Johnson or Jeremy Hunt to be the next prime minister if given the chance, a new poll has revealed.

Conservative members are widely expected to elect Mr Johnson as their next leader in the upcoming ballot, leaving Mr Hunt scrambling to make up ground before the contest’s 22 July deadline.

But despite Mr Johnson’s popularity among Tory faithful, an exclusive poll for The Independent of the general public revealed that 37 per cent would opt for “neither of them”, while 13 per cent did not know.

Voters narrowly preferred Mr Johnson (28 per cent) to his rival, Mr Hunt, (22 per cent) but half of the 1,532 people polled by BMG Research did not choose either.

Mr Johnson was the favoured choice of Conservative supporters – who actually have a vote in the contest to replace Theresa May – on 46 per cent to Mr Hunt’s 33 per cent.

The Brexiteer was also seen as the overwhelming choice for Tory leader among supporters of the Brexit Party and Ukip, while Mr Hunt, who is moderate on leaving the EU, had more backing of the Lib Dem voters, the Greens and the SNP.

While the Tory members will elect the next leader, both candidates will be mindful that they face a major battle to win over the public.

Mr Johnson used a weekend interview to talk tough on Brexit, telling The Sunday Telegraph that he was not bluffing over his commitment to leave the EU by Halloween, with or without a deal.

He said: “We were pretty much ready on 29 March. And we will be ready by 31 October.

“And it’s vital that our partners see that. They have to look deep into our eyes and think, ‘my god, these Brits actually are going to leave. And they’re going to leave on those terms’.”

His warning came as pro-EU MPs were poised to launch a fresh Commons bid to block a new prime minister from forcing through a no-deal Brexit in October.

Tory Brexit rebel Dominic Grieve has tabled an amendment to the Northern Ireland (Executive Formation) bill on Monday, that would force the Commons to sit in October – making it impossible to suspend parliament or send MPs home before exit day.

The former attorney general told BBC’s Pienaar’s Politics: “If Brexit goes through – a no-deal Brexit – it is going to be the end of Northern Ireland’s union with the United Kingdom, with serious political consequences flowing from it.

“That’s a bill that is a perfectly legitimate place to start looking at how one might make sure no-deal Brexits are fully debated before they take place.”

Mr Grieve was not able to say how many supporters he could muster but said he had a “very clear idea of what is necessary in the current crisis”.

But leading Brexiteer Jacob Rees-Mogg disagreed, saying: “The House of Commons and the House of Lords have passed the necessary laws to leave on October 31 and the only way to stop that would be to revoke those laws, and I would be very surprised if that happened.”

David Gauke, the justice secretary, is among the senior Tories who have teamed up to thwart a no-deal Brexit, with some 30 Conservative MPs prepared to rebel.

“There are a sizeable number of us who are meeting and having conversations at all times as you would expect.”

Source note: BMG Research interviewed a representative sample of 1,532 GB adults online between 2 and 5 July. Data are weighted. BMG is a member of the British Polling Council and abides by its rules