‘We’re not out looking for trouble’: Trump attorney general Barr claims feds ‘on defence’ in Portland The Independent employs reporters around the world to bring you truly independent journalism. To support us, please consider a contribution. Attorney General William Barr cast himself as the victim of Democratic attacks on Tuesday while defending his decisions to deploy unwanted federal law enforcement units to US cities such as Portland, Oregon, and intervene in the 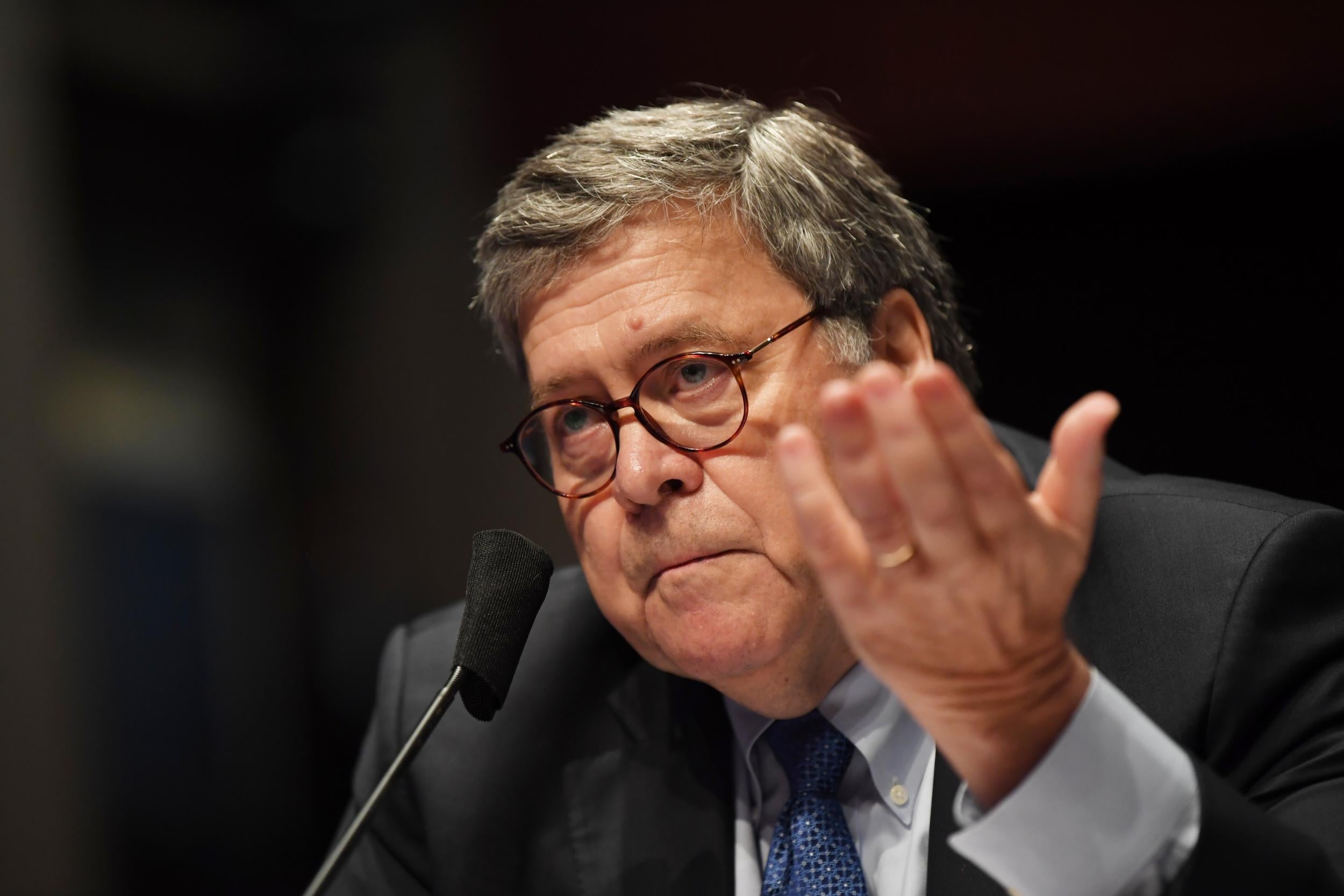 Attorney General William Barr cast himself as the victim of Democratic attacks on Tuesday while defending his decisions to deploy unwanted federal law enforcement units to US cities such as Portland, Oregon, and intervene in the criminal prosecutions of two of Donald Trump’s friends, Michael Flynn and Roger Stone.

“We are on the defence [in Portland]. We’re not out looking for trouble,” Mr Barr told lawmakers on the House Judiciary Committee during his first ever testimony before the panel.

“If the state and the city would provide the law enforcement services that other jurisdictions do, we would have no need to have additional marshals in the courthouse,” Mr Barr said, arguing that, for weeks, violent protesters have attempted to besiege the federal US courthouse in Portland.

Democratic Congresswoman Zoe Lofgren of California pushed back on Mr Barr’s characterisation of the scene in Portland, saying “most of [the protesters] are nonviolent” and that the presence of the federal troops has precipitated even more violence.

“The reaction has actually been in reverse proportion — people are showing up because the troops are there,” Ms Lofgren said.

The Trump administration is sending more federal officers to Portland this week as the situation escalated over the weekend between demonstrators and federal agents.

Federal agents were placed in and around the city’s federal courthouse earlier this month to protect it from the nightly protests taking place.

In an effort to strengthen these forces, the US Marshals Service decided to deploy an additional 100 officers starting last Thursday, The Washington Post reported.

The Department of Homeland Security (DHS) is now also considering sending an additional 50 US Customs and Border Protection (CBP) agents, but the department has not made a final decision, the newspaper reported.

Federal agents from the US Customs and Border Protection, Immigration and Customs Enforcement, and the Department of Homeland Security’s Federal Protective Service first arrived in Portland earlier in July in an effort to quell the protests.

Ms Lofgren and other Democrats on the Judiciary panel accused Mr Barr of deploying federal units to Portland to distract public attention away from Mr Trump’s handling of the coronavirus pandemic.

Through his law enforcement moves in Portland, Mr Barr is “trying to create a scene” and “divert attention from the Covid failure”, Ms Lofgren said.

The mandate of federal officers in Portland was to protect federal buildings, but several independent journalists have accused them on social media of driving unmarked cars and seizing people from the street without explanation in recent days. Footage released on social media and other platforms has also shown agents using excessive force against demonstrators.

The DOJ’s internal watchdog, Michael Horowitz, has launched an investigation into the events in Portland, per the request of House Judiciary Chairman Jerry Nadler.

“Under your leadership, the Department has endangered Americans and violated their constitutional rights by flooding federal law enforcement into the streets of American cities, against the wishes of the state and local leaders of those cities, to forcefully and unconstitutionally suppress dissent,” Mr Nadler said.

Mr Barr also faced a grilling over his decision to intervene in the separate DOJ prosecutions of Mr Stone and Mr Flynn, who both formerly worked for the president.

Mr Flynn, Mr Trump’s erstwhile national security adviser, was indicted in 2017 for lying to the FBI earlier that year about his conversations with former Russian Ambassador to the US Sergey Kislyak.

Mr Stone was convicted earlier this year of lying to Congress during the House Intelligence Committee’s investigation into Russian election interference in 2016. Mr Trump has commuted his prison sentence.

“The president’s friends don’t deserve special breaks. But they also don’t deserve to be treated more harshly than other people,” Mr Barr testified on Tuesday.

Mr Barr personally stepped in on the Stone case to ask the judge for a shorter sentence for the convicted felon than the prosecutors who had worked the case for years had asked for. Mr Barr has said Mr Stone’s his own lawyers’ initial sentencing request of seven to nine years in prison was too extreme for a non-violent criminal with no previous convictions.

“Sometimes that’s a difficult decision to make, especially when you know you’re going to be castigated for it,” Mr Barr said.

“But that is what the rule of law is, and that’s what fairness to the individual ultimately comes to,” he said.